Whether you’re just starting out and wondering how to secure that first paying job, or you’re more established and looking to fill a hole in your diary or further develop your business, here are ten ideas to help you find proofreading work.

1. Mine your existing contacts. Let them know what you’re doing and what sort of work you’re looking for. Ask them to share your details with anyone who might be interested in your services.

2. Write a speculative letter or email. Get in touch with potential clients and let them know what you can offer them. It goes without saying that you should check that your correspondence is going to the correct person in the organisation.

3. Go to a local SfEP group meeting. The SfEP has 38 local groups and you can find your nearest meeting on the SfEP website. Talk with your local colleagues about what projects you’re working on and what sort of projects might be of interest in the future. Although this may not yield immediate gains, a colleague may remember that you have a particular expertise and refer potential clients on to you if they are unable to take on a project.

4. Network at other local business groups. Go to local business events and find out who might be looking for a proofreader. Prepare a simple sentence that describes what you do and why you could be useful. Don’t forget to take your business cards.

9. Sign up to directories. Some proofreaders have found work after signing up to websites such as findaproofreader.com.

10. Check out freelance job boards. There is a wealth of freelance job boards, such as peopleperhour.com, where you can either list your services or search for anyone looking for a proofreader. Some people find it useful to plug a gap in their schedule or to build up experience or a client base. But it’s probably not the best bet for a sustainable work flow and rates can vary hugely.

For more information about finding work as a freelance proofreader, visit our website and look at our FAQs.

We also sell some useful guides in our online shop, including:

Starting Out: Setting up a small business, by Valerie Rice

Marketing Yourself: Strategies to promote your editorial business, by Sara Hulse

If you have any suggestions for other ways to find work, feel free to add a comment below.

Joanna Bowery is the SfEP social media manager. As well as looking after the SfEP’s Facebook, Twitter and LinkedIn accounts and the SfEP blog, she offers freelance marketing, PR, writing and proofreading services operating as Cosmic Frog. Jo is an associate of the SfEP and a Chartered Marketer. She is active on Facebook, Twitter, LinkedIn and Google+.

This article was proofread by SfEP associate Anna Black.

One of the most commonly asked questions among those considering a career in proofreading or editing is: ‘How did you get started?’ Here, Richard Hutchinson starts a regular feature on the blog where members of the Society for Editors and Proofreaders (SfEP) share stories of how they did just that. 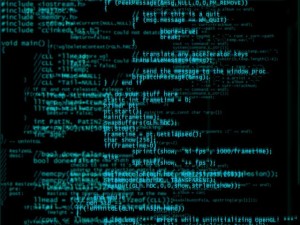 What possible connection could there be between writing software for a computer and editing learned texts on the writings of Late Antiquity? I’m going to suggest that there’s quite a bit of overlap there. But I’ll start with some background.

Before I started proofreading

Back at the dawn of civilisation (we’re talking the 1980s here) I managed to get a degree in mathematics. Having discovered early on that I wasn’t really a mathematician after all, I decided to go into a career in modelling. That probably gives you the wrong impression about the way I look – I mean computer modelling, initially in the defence field. From there I moved into more general software engineering, and then spent the next 25 years or so trying to keep up with the rapid developments in computers and technology.

The job came to involve more and more document development and review, and less of the more interesting stuff. So I decided I needed a change. I hit upon proofreading (I’ll come to why in a moment) and my research led me to the SfEP Introduction to proofreading course. This convinced me that I was on the right track, and I went on to complete the Publishing Training Centre’s (PTC) Basic proofreading by distance learning course. I was lucky that I was able to do this while working part-time at the old job, and this continued to be the case as I took my first faltering steps into freelancing.

I decided to focus on publishers rather than businesses or individuals, mainly because networking, marketing and so on aren’t among my strengths. I also decided to play to my technical background and target subjects like maths, physics and computing. So the first book I worked on was about … English Renaissance literature. This break had come through a friend who worked at a local publisher. More work came after I answered a plea for journal copy-editors that was broadcast on the SfEPAnnounce mailing list, and I slowly built up enough experience to be able to upgrade to ordinary membership and take out an SfEP Directory entry. This has turned out to be the single most useful piece of marketing I’ve done – almost all my work comes via my Directory entry.

Eventually, just over a year ago, I summoned up the courage to take the leap into full-time freelancing. I haven’t looked back since.

A change? Or more of the same?

So why do I think that writing software and editing/proofreading are not so far apart? Most computer languages have a strict syntax you need to follow if you’re going to persuade the computer to obey your instructions. That means paying attention to what’s been written at a character-by-character level. You also have to understand the language at a semantic level – while the characters you write may make some sense to the computer, it may not take them to mean what you intended. And when you’re reviewing other people’s code, you also need to pay attention to the overall structure, and its suitability for a place in the system in which it’s to be deployed. An overriding requirement for a software engineer is, or should be, attention to detail. Replace ‘code’ with ‘text’, and I think you get the picture.

And if you were to suggest that the similarities might also include staring at pages of incomprehensible jargon, wondering what on earth they might mean, who am I to argue?

To find out more about how Richard and two other members of the SfEP (John Firth and Gale Winskill) embarked on freelance careers in editing and proofreading, book the ‘How we got started’ session at our annual conference. The seminar covers what they did, why they did it and things they wish they’d known beforehand.

Richard Hutchinson still can’t quite believe that people will pay him money to read books, and are (mostly) happy to have their mistakes pointed out. An advanced member of the SfEP, he works as a freelance copy-editor and proofreader on books and journals in maths, science and a variety of other subjects – see www.richardhutchinson.me.uk for details.

This article was proofread by SfEP associate Emma Wilkin.