Once upon a time, on a not-so-Grimm Saturday in January, a group of fairy-tale enthusiasts gathered at the British Library for a sold-out study day. Thanks to a post on the SfEP forums highlighting the event, I was lucky enough to be among them.

I’ve always loved fairy tales – the magic, the feeling that anything could happen and the dark little corners found in even the most child-friendly retellings – so the library’s promise that I would ‘discover stories I’d never heard before’ was a temptation I couldn’t resist. Also, as a children’s specialist who has worked on numerous fairy-tale retellings and collections, I was curious to learn more about the history of these traditional tales and see if there were any takeaways to be found for editing them.

Upon arrival, we were treated to tea, fancy biscuits and goody bags (!) containing a copy of the programme, as well as a beautiful British Library notebook and pencil. The programme had been updated at the last minute due to a dropout, but the replacement lecture by Dr Erica Gillingham sounded promising … if anything, I was more excited than before. And I didn’t have long to wait. Soon enough, we were invited to take our seats in the library’s Knowledge Centre Theatre for the morning session. 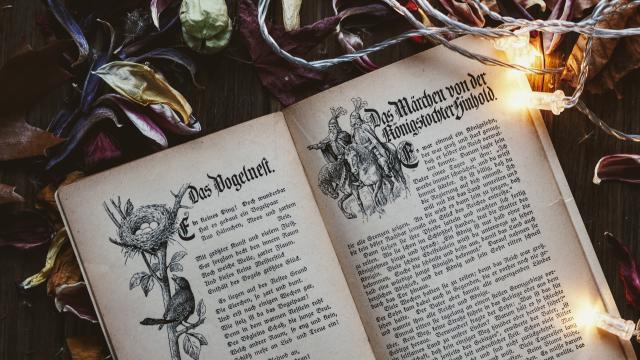 The day was kicked off by Michelle Anya Anjirbag from the University of Cambridge. Michelle’s talk, ‘Unlocking the Cabinet of Stories: Fairy tales, subversion and representation’, touched upon our understanding of fairy tales – our expectations and the biases those expectations reveal. She also talked about the issues surrounding representation and diversity in fairy tales, both historically and in modern-day retellings.

Michelle was followed by Jane Suzanne Carroll from Trinity College, Dublin, who talked on the subject of landscape within fairy tales. Her lecture, ‘Into the Woods: Spaces and places in fairy tales’, explored the familiar spaces within European fairy tales and explained why the same spaces occur again and again. It also examined the ways that stories have become embedded in real landscapes, using Irish and Welsh examples.

The late addition to the programme, Dr Erica Gillingham, closed off the morning with her talk ‘Cinderella and the Huntress: A lesbian retelling of Cinderella in Malinda Lo’s Ash’ – a lecture that not only spoke to the twisting of tropes in Lo’s Ash, but also offered a wider perspective on LGBTQ+ representation in YA fairy tales.

After lunch, the afternoon opened with a thrill – Lucy Evans, a British Library curator, took us on a fascinating journey through the library’s collection of fairy tales. We were able to see examples of printed materials from the archives – from theatre posters and chapbooks to beautifully illustrated fairy-tale collections and even original manuscripts!

Next was Gillian Lathey, an honorary senior research fellow at the University of Roehampton, with her talk, ‘The Princess and the Multiple Peas: The translation and transformation of fairy tales’. In this lecture, Gillian discussed how the choices and personal styles of translators (and editors!) have impacted familiar tales over time.

Finally, author and publisher Dr Tamara Pizzoli took the stage for her talk, ‘The Tooth Fairy is a Black Woman and Other True Tales: A modern griot’s quest to rewrite history one fairy tale at a time’. In this talk, Dr Pizzoli opened up about the founding of her publishing company, The English Schoolhouse, as well as her journey as an author and what inspires her to continue writing both diverse retellings of existing fairy tales (such as The Ghanaian Goldilocks) and original stories (like Tallulah the Tooth Fairy CEO). 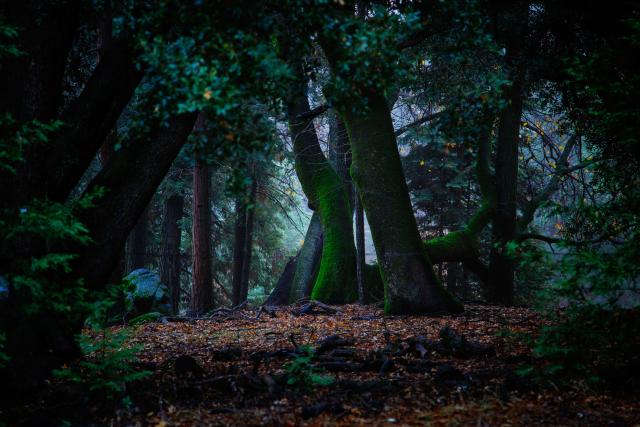 All of the speakers were engaging, knowledgeable and passionate about their chosen topic. With such a high-quality line-up, it’s no surprise that there were plenty of memorable moments throughout the day. Some of the most fascinating content for me included:

With a hot chocolate and my notes to keep me company on the train home, I found myself reflecting on the day. Overall, it was a fantastic experience – well worth the price of admission. It would have been beneficial to have a few more breaks dotted about … the seats were comfortable, but two and a half hours is a long time to be sitting in one place without a break!

The only (VERY minor) disappointment I had related to additional materials provided after the day. While I did take my own notes, we were told we would receive additional materials from the speakers via email in the following week. I was looking forward to a more comprehensive memory jog from these, but for the most part they lacked the depth I was hoping for.

For anybody interested in attending a future event at the British Library, you can browse here to discover what’s on. 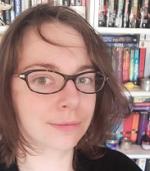 Tor Hegedus is a writer, editor and Professional Member of the SfEP. Formerly an in-house copyeditor at a well-known children’s publisher, Tor ditched the commute to fully embrace freelance life – pyjamas and all. When she’s not wrestling commas, she can be found slurping tea and reading picture books to her cats.