In a world where cars are driving themselves, computers are recognizing faces, and hackers are stealing elections, it’s perhaps unsurprising that proofreading software is not the tech that’s on most people’s minds. However, by January of this year, more than 600 people had written to us to request a Mac version. In editing circles there is no doubt that a Mac-compatible version of PerfectIt is the cause of considerable excitement. Why so much fuss?

PerfectIt doesn’t involve artificial intelligence. However, in many ways, that’s exactly why it’s right for editors. As the authors of PerfectIt, we believe that humans make the best editing decisions and that they always will. We build technology to help people edit faster and better. What that means in practice is:

Up until now, PerfectIt has only been available for PCs. As a result, some Mac users have bought Parallels, Windows and Word just to run PerfectIt. Some have even bought laptops just for the purpose. On 26 June, those days will come to an end with the launch of PerfectIt Cloud. But after all of that, can PerfectIt on a Mac live up to the excitement?

I can’t wait to show everyone. However, one reason why I’m writing before launch is not to drum up excitement, but to dampen it down a little! We launched PerfectIt in 2009. We’ve had almost ten years to build it into the product that it is today. PerfectIt Cloud is just a first version. It requires Office 2016. It needs an internet connection. It can’t drive a car for you. However, it is at the cutting edge of what is technically possible for a Word add-in. Being at the forefront means that at launch you won’t be able to customize styles or check footnotes. We’re committed to building those, but it’s going to take time and it’s going to take your support.

That said, I’m delighted about what we’re delivering. As well as Mac, it works on iPads, PCs or Word Online. Almost all of the checks that PerfectIt 3 runs are built into PerfectIt Cloud at launch. That includes checks of hyphenation consistency, capitalization consistency, abbreviations without definitions, punctuation and capitalization of lists, consistency of headings, and much more. Moreover, PerfectIt Cloud shares the same codebase as PerfectIt 3. That means the results it finds are almost identical to those found in the PC version. When it comes to checking text, it is every bit as good as the original.

The feedback we’ve been getting from the beta trials has been phenomenal. Users describe:

“My working life is now so much more time-efficient and I feel the surety of not having missed spacing, spelling or consistency issues.”

“I’ve just started to use it but already I can tell it’s helping my speed and consistency while editing.”

“This product is fantastic! After switching over to Macs a few years ago, PerfectIt was the one thing I missed, and I am thrilled that it’s now available to Mac users.”

In some ways PerfectIt Cloud is better than PerfectIt 3. It updates automatically. You can add it directly from the Office Store without downloading an installer. And we’ve built a new interface that makes it easier, faster and more intuitive than ever (as you might expect from a Mac-compatible version). You can see that from even one screenshot. Which of the below would you rather use? 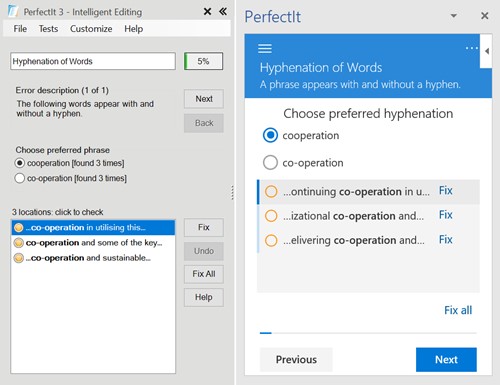 I’d like to think that another reason for the excitement is that while Intelligent Editing has grown, we’ve never forgotten where we’re from. PerfectIt’s development has been driven by feedback from professional editors (and it still is). PerfectIt Cloud probably wouldn’t even exist without that support. So we’re working with editing societies around the world to keep the price down for editors. If you’re a member of SfEP, ACES, EFA, Editors Canada, IPED, PEG or others, we’ve set up an affinity discount that’s 30% below the price others pay. With the discount, PerfectIt is just $49 USD (+VAT) per year which pays for itself quickly if you’re in the business of editing.

PerfectIt won’t carry out surgery, control drones or launch cars into space. Its launch doesn’t yet include all the features that we’re looking forward to adding. However, from 26 June, what it will do is provide an affordable way to improve the working lives of editors. There is a reason why so many are so excited! 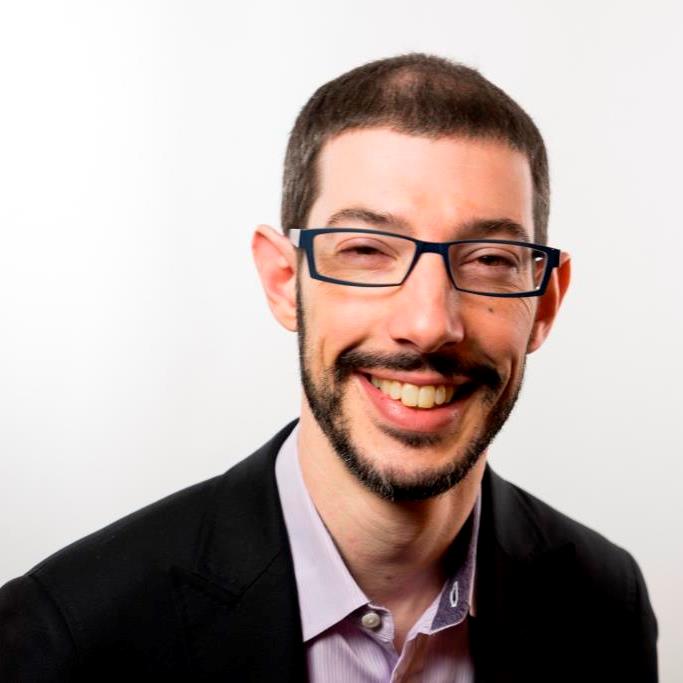 Daniel Heuman is the creator of PerfectIt and the CEO and Founder of Intelligent Editing. His software is used by thousands of editors around the world as well as more than 500 members of SfEP. Members of professional editing societies (including the SfEP) can get a 30% discount on PerfectIt here.

5 thoughts on “What’s So Exciting About PerfectIt Running on a Mac?”