I’m a bit of an old hand at SfEP conferences, but this year’s was my first since 2014 – I was enticed by the programme of events – on both days, there were sessions I was keen to attend that would either help me move me into future subject areas I was already toying with, or would help me run my business better.

After Saturday’s AGM, it was time to hit the bar before dinner and meet colleagues I’d previously only known as avatars. Plenty of gin, dinner and a raucous pub quiz meant I went to bed looking forward to getting stuck in next day. (Gin, by the way, is an essential food group conference lubricant.) And no matter how late you stay up drinking in the bar, I recommend getting up in good time for breakfast. I didn’t and by the time I got there, the coffee was all gone. And so I arrived at Sunday’s plenary uncaffeinated, but it didn’t matter. 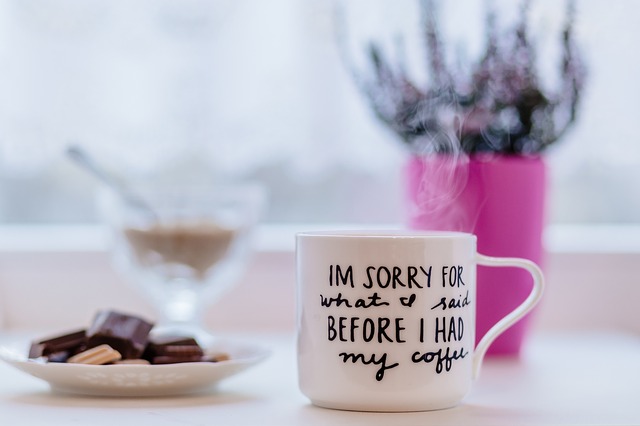 Lynne Murphy’s Whitcombe Lecture on editing American English versus British English was witty, entertaining and informative. Slides can often be dull, merely parroting what the speaker is saying, or a distraction because you’re trying to read the slide rather than listening. Lynne’s were neither –entertaining cartoons depicted how Brits and Americans are only different on the surface, something that also applies to how they write.

Her slides about a survey she had conducted of US and UK editors and how they approached their work were enlightening. Some of the differences were quite stark – British editors are more intuitive, it seems, often making changes because ‘it feels right’. Conversely, American editors are more concerned with the mechanics of editing and fact-checking. No doubt something that really resonated for many of us if the queue to buy signed copies of Lynne’s book, The Prodigal Tongue, after the lecture were any measure.

A change of mindset when it comes to expanding our client base is something we should probably all consider, that old cliché about thinking outside the box. So I was intrigued by the title of Alison Hughes’ workshop – The budget and beyond: growing your business organically. Lots of sole traders find spare cash for marketing can fluctuate, so I was pleased she had lots of really creative ideas on offer that cost little or nothing. But first, she outlined what were for her, and no doubt most of us, non-negotiable expenses – membership of a professional body (hello SfEP!), business cards, website and domain name, at least one conference a year and, importantly, health. She also recommended considering have business postcards printed too, as you can get so much more information on them.

But what of the cheapies and freebies? She suggested attending conferences and events in your specialist areas, even if you have limited budget. Alison said she’d benefited from scouring the Eventbrite platform, where you can find many events aimed at the business community that are free to attend, or cost a nominal amount. She noted that universities also put on free events. For me, this was the most useful takeaway and I’ve already committed myself to a weekly search on Eventbrite to find events that fit with my specialist subjects and will hopefully bring in more work.

After lunch, it was time for Nigel Harwood’s thought-provoking session on the ethics of proofreading for students. Using just one sentence extracted from a foreign student’s Master’s dissertation, he demonstrated how three different proofreaders – A, B and C – had approached the text. A, a professional, had corrected the English, while B, a tutor who helped students for free, had merely underlined the entire sentence to indicate the author needed to rework it. C (a PhD student who proofread for other students for a small fee), however, had also suggested ideas to expand the content of the dissertation. It was a textbook example, pardon the pun, of how boundaries can become blurred – a professional’s job should only ever be to clean up the English and not “tutor” the actual work.

Nigel and a small number of other academics have done research into proofreading for students, the output so far being mainly qualitative and anecdotal, but the results showed that standards vary wildly and, essay mills aside, ethical boundaries are crossed too often. His conclusion is that universities need to start working with professional bodies such as the SfEP to develop common standards and build pools of accredited freelance proofreaders who will be the only approved professionals that students will be permitted to work with. He noted that a tiny number of universities are already starting to do this.

I really wanted to go to the lightning talks in the Something for Everyone sessions – they are always entertaining and useful. But I couldn’t resist the lure of How the F**k do I style this? presented by editor Kia Thomas, who works with independent authors and has done a lot of research into how to style swearwords. To gales of laughter, she showed why you need to decide to hyphenate a compound swearword or insult or not – cockwomble good, cock-womble just plain wrong. And, a shit-ton is the correct way to style a large amount because, as she eloquently observed, Shitton looks like a hamlet in Somerset.

In this vein, there was much more to chortle at, but also a serious underlying note – that you will come across sweary stuff in novels, in either dialogue or first-person narrative, and consistency matters here as much as for any other words. Kia closed the session with a game. We split into pairs and Kia offered us two bags from which to take one word out of each. We then had to invent a sweary compound, decide if it was a noun or verb, whether to hyphenate or not and, lastly, to make a sentence with it. The next 10 minutes had us weeping with laughter as we shared our results.

After that, the session on how to get involved with the SfEP was never going to compete for sheer entertainment value, but this is one of the most important 45 minutes you could spend at conference any year. I was stunned at the sheer number of roles in the society that volunteers can take on. I have committed to helping draft a policy on disability and will certainly consider giving more time to the SfEP when I am not too busy.

And so to the gala dinner, kicked off in style, as always, by The Linnets, who this year performed a fabulous number titled The Editor’s Psalm. There was also an enjoyable after-dinner speech by Sam Leith, literary editor of The Spectator. And wine. Plenty of wine. Despite that, I managed to get up in time on Monday for coffee, before heading for that day’s sessions…

Having taken so much useful stuff on board over two packed days, I came home brimming with ideas and have already decided that I will be at year’s next conference, no matter what.

Louise Bolotin is a journalist and sub-editor, who works chiefly for the press. Away from the media, she specialises in copy-editing all kinds of finance and business topics, with a sideline in editing memoirs and erotica for self-publishers. When not at her desk, she can usually be found dancing in a moshpit somewhere. She is an Advanced Professional Member of SfEP. Follow her on Twitter.

This year’s SfEP conference was held at the University of Lancaster, 8-10 September. The 2019 conference will start on Saturday 14 September at Aston University, Birmingham.