With bookings for the 2016 SfEP conference opening soon, Katherine Trail tells us what it was like to pluck up the courage to go for the first time last year, and why she is glad she did. 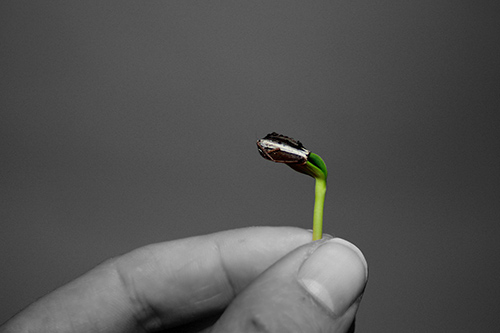 I took a deep breath, held my head up high and strode into the group of fellow editors and proofreaders milling around on the campus of York University. ‘Hi, I’m Kat. Nice to meet you,’ I said, the tremor in my voice no doubt betraying me as a nervous first-timer.

From subsequent discussions with fellow newcomers (and even conference stalwarts) over that conference weekend, I wasn’t the only one who felt a bit nervous about spending several days with a group of relative strangers. It seems that we editors are often quite an introverted bunch and would rather wrestle with three pages of incorrectly formatted references than say hello to a group of people we’ve never met. If you’re reading this in the grip of a similar terror, let me reassure you: Getting up the courage to say those seven words was the bravest I had to be all weekend.

I had only been an SfEP member for around three or four months by the time conference rolled around, and my decision to go was a last-minute one, helped by those devils on my shoulders on the SfEP forum. I’d been an avid forum user since I had joined, finding the blend of camaraderie and unrivalled knowledge of huge benefit to someone just starting out on their own. My use of the forums also had a very practical result, as I was able to put faces to names from afar. From seeing SfEP members’ photos online, I could spot internet director John Espirian at twenty paces across the crowded coffee room, nod sagely to myself when Rod Cuff spoke so eloquently at the AGM, saying, Ah yes, he touched on that on his forum post the other day, and recognise Sara Donaldson (green hair, that must be her).

I was very relieved to find that everybody I met was extremely friendly and eager to meet me too. From the conversations we had at breakfast, lunch and dinner (and the slightly more garbled conversations towards the end of the gala dinner), I learned a huge amount about others’ career paths and processes and was also relieved to find that ‘imposter syndrome’ was something shared among many of my colleagues. Phew, not just me then!

Going into conference weekend, I had so far in my solo career been doing a bit of everything: fiction, non-fiction, the odd thesis or dissertation, newspaper work as a hangover from my journalism career, etc. I felt like I was drifting a little bit without direction or a destination in mind, lacking the confidence or focus to pull out a map and draw a big X on it where I wanted to be. There just seemed to be so many opportunities, and so many great editors already doing each thing, that I wondered if there was a place for me in there.

I’d approached the SfEP programme of events with a military-like precision, honing in on the workshops and talks that I thought would give me the most benefit as I tried to figure out a path for myself. There was a lot of choice, and I had to miss some sessions as they clashed with others, but finally I had plotted out my master plan. Without fail, every one of those sessions gave me something to think about. As the weekend wore on, and I spoke to more colleagues and the experts who were giving the talks, a little seed at the back of my brain started to sprout leaves. By the time I was on the train home on Monday, it had blossomed into a flower. I had finally found the confidence and focus I was looking for. I was going to specialise in fiction.

Now, I might have told a little lie at the start; the one about how saying hello was the bravest thing I had to do. You see, I’d been gently persuaded into giving a lightning talk on the first full day of conference. ‘It’s just five minutes,’ they told me. ‘Hardly any time at all.’ I will grudgingly admit that the adrenaline from actually getting up in front of a (scarily large) group of people and talking for five minutes just about made up for almost having a panic attack during the session beforehand. And I felt immensely proud of myself. It gave me some of the confidence I had been lacking, and made me feel that I do indeed have a place in the editing world.

Back home, exhausted but happy, I bored my friends and family for days with conference tales. It seemed like my Facebook friends list doubled in the days following, and I’m still reaping the benefits months later, with people I met at conference referring clients and opportunities to me and vice versa. And I’m still on the path it gave me the confidence to follow; since conference, I’ve done three courses on fiction editing, I’ve totally revamped my website to reflect my new focus, I’ve joined the SfEP social media team, and I’ve signed up for the fiction professional development day in June, and I can’t wait to see some old friends and make some new ones. And I’m still on the forum and SfEP social media sites every day, and still amazed by the knowledge of other members and their unflagging willingness to share it with others.

Booking for this year’s conference opens on 7 March. Details can be found on the conference page of the SfEP website. Non-members welcome.

Katherine Trail is a former newspaper chief sub-editor who nows specialises in fiction. She lives in Aberdeen and when she isn’t editing she can usually be found tramping through the wilderness with her spaniel, Daisy.
http://www.ciep.uk/directory/kt-editing-services-katherine-trail
http://www.ktediting.com/

1 thought on “SfEP conference newbie? Take the plunge and seed your brain!”