From spoof biographies to snacks, annual reports to fact sheets, conferences to quizzes, April and May 2021 combined fun, advice and endless opportunities to get engaged online. In this round-up, we cover: 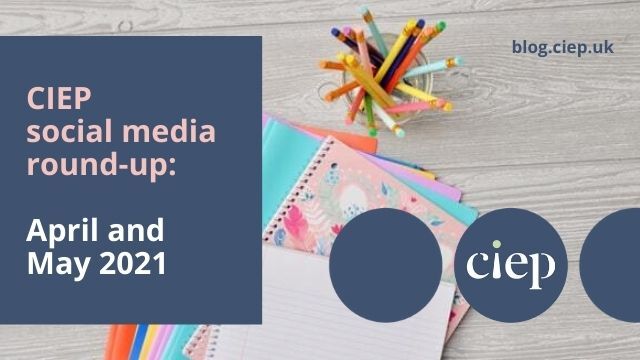 Immediately as April started there was a special day to celebrate – April Fool’s Day. We posted an article about Grove Music Online’s Spoof Article Contest, which has been running now for 20 years. You can read the winning entry, plus the runners up, in the article. The judges commented: ‘It was hard to miss that the biographies took a turn for the macabre, perhaps inevitable as we begin year two of a pandemic. Whereas our 2016 contest saw a surprising number of flatulence artists among its biographees, this year we saw an unprecedented attention to the mode of death.’ What future world events may cause a resurgence in spoof flatulence-artist biographies, we wonder?

On 16 April we noted, in our pyjamas, that it was ‘Wear your pajamas to work day’, and on 26 April we were organised enough to note that it was ‘Get organized day’. Oh goodie! An opportunity to buy yet another notebook.

We celebrated the Oscars in late April by sharing a list of the books behind the nominated films and discovering what’s behind the term ‘red carpet’.

Sharing advice and tips is a big part of what we do. Two of the articles we posted to help our followers improve their practice were written by CIEP members, and one of them is worth keeping in mind as you trawl through the many articles offering principles for a successful start-up or listing must-dos as a beginner. CIEP Advanced Professional Member Helen Stevens’s Take my advice – but also don’t lists ten pieces of advice where the opposite might also well be true. We continued this advice/anti-advice theme with two other curated articles: ‘Why procrastination can help fuel creativity’, which looked at the role of the unconscious mind in invention, and ‘The benefits of distraction’, based on a review of a session at the ACES 2021 conference, held in April.

One piece of advice that is unequivocally worth taking, however, especially as your freelance business grows, is CIEP Advanced Professional Member Hazel Bird’s suggestion to produce an annual report. This will give you a regular chance to assess where you’ve come from and where you’re going. ‘Use yours as a pathway to shed the aspects of your business that pull you down and achieve more of what you want’, she says.

Keeping up to date with technology is essential to running a successful editorial business so we took notice when Jane Friedman helpfully revealed how to turn a Microsoft Word document into an Ebook, and Crystal Shelley usefully reviewed Word Macros, giving our own Paul Beverley a mention.

Our focus papers and fact sheets continue to be popular on social media. Over the past two months, we’ve promoted the following recent additions to the CIEP resource library. 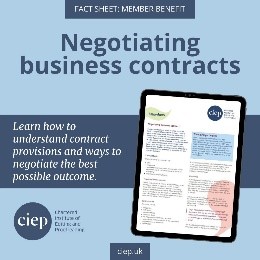 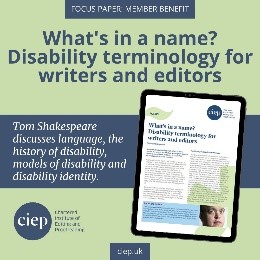 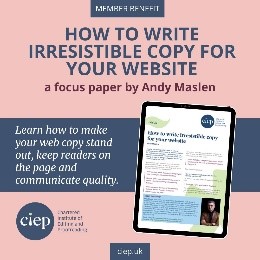 Also well-received was the super PDF of the #CIEP2020 conference session write-ups. At the end of April, we promoted this free booklet to our members, followers and friends via social media. We hope you enjoyed this conference recap, and that you’ll join us for more fabulous online learning at #CIEP2021!

In May, we used Facebook, LinkedIn and Twitter to promote a competition offering ten free #CIEP2021 conference places. Then, in early June, we spun an online Wheel of Names to randomly select the winners. The response was phenomenal – thank you to the hundreds who entered, and congratulations to our lucky ten!

Those of you who are members of the Society of Young Publishers might also have attended SYP Scotland’s #SYPRefresh conference. The CIEP sponsored one of the sessions and offered delegates a free copy of the Your House Style guide. 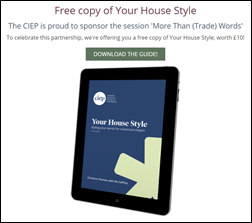 As ever, tips, talk and debate about words formed a large part of our social media output, from the language of painting and decorating to the origin of haggis, from the history of ‘gilding the lily’ to the differences between ‘lead’ and ‘led’, ‘unsatisfied’ and ‘dissatisfied’, ‘use to’ and ‘used to’. We also learned about five words that don’t mean what you think they do when you look into their origins.

One word we had certainly never heard before, because it’s brand new, is ‘boffice’. Can you guess what it is? You may even have one of your own. Give up? OK, here’s the link.

Quizzes and other fun stuff

The CIEP offers its own fun quizzes, but we love other people’s quizzes too. There was a good crop during this period, including puzzlers about US v UK English, how certain words were coined, libraries and book titles based on their obscure subtitles.

Talking of obscurity and book titles, how about The Adventures of a Pin, Supposed to be Related by Himself, Herself or Itself (someone there could do with the singular ‘they’), Ducks; and How to Make them Pay, Cabbages and Crime, and Who’s Who in Cocker Spaniels? You can find all these wonders and 73 more in ‘77 strange, funny and magnificent book titles you’ve probably never heard of’.

Those among us who are parents of young children laughed long and hard at the twisteddoodles cartoon that one genius social media team member chose for the late May Bank Holiday Friday Funny, entitled ‘If going anywhere with small children was a magical fantasy novel’. This inspired 123 reactions on Facebook, with particular admiration given to Chapter Six, ‘The Snackening’. The last chapter is ‘The Vow to Never Go Anywhere Again’, with the title of Book Two, the sequel, revealed as ‘The Forgotten Vow’. Talking of which, we’ll see you again at the end of the long UK summer holidays. Have a lovely sunny time, and don’t forget the snacks.