Who wouldn’t want a job that enables them to see the world? In the past few months my work has taken me to Germany, the Netherlands, Finland, Switzerland, Italy, Portugal, Cyprus, Turkey, Brazil, Colombia, the United States, Australia, China, Taiwan, South Korea, Japan, India, Pakistan, Israel, Lebanon, Saudi Arabia, Iran, Egypt and Libya – and all without moving more than ten metres from my desk. These are the editor’s travels: armed with the right guidebooks (a good English dictionary and an appropriate selection of style guides are sufficient), a means of transport (an internet connection) and the right amount of energy (enough to make several journeys from desk to kettle to reference books each day), and the whole world is opened up. 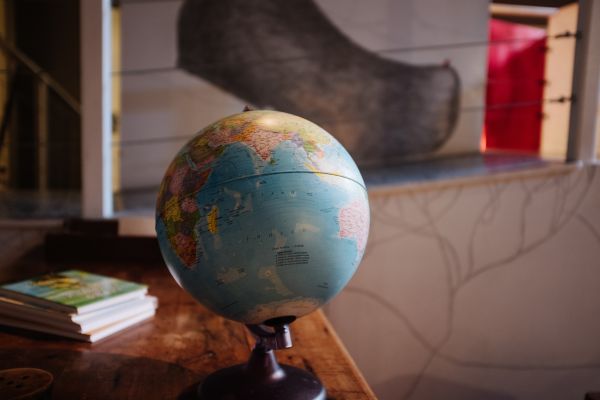 These virtual travels and encounters with people from every continent are among the great pleasures of my work. They also present challenges. Home comforts often yield to unfamiliar ways of doing things; and linguistic differences frequently create inconveniences and can sometimes appear to be barriers to understanding and communication. But the good traveller welcomes such challenges, for at the heart of why we travel is the desire to experience and learn from the new, to understand, and to communicate. And good editors are good travellers.

Respect and admire those who write in their non-native language

As my list of international ‘destinations’ indicates, I encounter many people whose first language is not English. I estimate that between 80 and 90 per cent of my clients are non-native English (NNE) speakers. The quality of the NNE texts I work on varies considerably: some are written in enviably pristine, clear and stylish prose; but usually they manifest grammatical, syntactical and stylistic problems that can be extensive. Often, I will spend an hour initially reviewing an NNE client’s document and still have little idea of what it is saying. The temptation then to despair and turn one’s attention to complaining about the global state of written English, or to sharing with colleagues the chronic inability of some clients to write intelligibly, is, perhaps, natural. The good editor should – and must – resist such a temptation.

To observe that some NNE texts present huge editorial challenges is one thing; but to complain about such texts (or, worse, to mock or belittle them) has no place in good editorial practice. As an English-speaking editor, I am forever thankful that English remains the predominant language of international academia and business, and that there are millions of NNE speakers the world over who are personally and professionally committed to writing and publishing in English. And, as someone who has a passable reading knowledge of some foreign languages but no competence whatsoever to write in them, I admire anyone who is able to put together a few thousand words in a second (or even third or fourth) language.

The difficult NNE text poses practical problems – solving those problems is the essence of editorial practice. My experience is that, with patience, focus and careful editor–client liaison, almost any NNE text can be shaped into a clear and linguistically coherent document that more than meets the client’s (or the publisher’s) stylistic requirements. The more NNE texts one works on, the more attuned one becomes to mistakes and quirks of syntax common to much NNE writing; and the more familiar one becomes with a client’s writing, the more the intention and meaning of the writing becomes clear. Often, the editorial work takes on the character of translation, and translation requires time and familiarity to do well. Immediately diving into the editing of a difficult NNE rarely works; usually it is better to spend time reading it (without editing it), thinking about it, and compiling a list of issues and questions to be discussed with the client. Then one can begin the methodical editorial work: tidying up the easy things, resolving the more straightforward issues, gradually chipping away at the problems, and enjoying how the text slowly takes shape as a clear, coherent document whose meaning increasingly begins to emerge.

Learning about language and practice

Successfully editing a problematic NNE text so that it will be accepted for English-language publication is immensely satisfying. Most of my NNE clients are polite (I have never had a rude or impolite NNE client), and many express profound gratitude at the editorial work – after all, their career advancement often depends on publishing in English, so they invest much hope in their editor. Many are also keen to learn how to write well in English, and the advice I pass on and the discussions I have are invariably fulfilling ways of reflecting on and sharpening my own understanding of how English works. 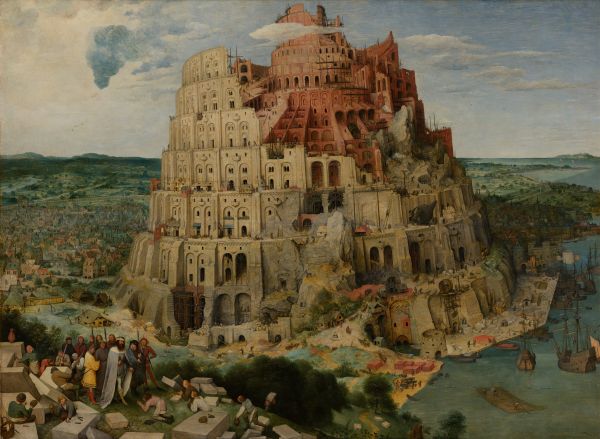 Pieter Bruegel the Elder, The Tower of Babel, c.1563. According to the myth narrated in the Book of Genesis, after the Great Flood humanity attempted to reach heaven by building a tower. To prevent them from succeeding, God confounded their language, so that they no longer spoke one tongue, and scattered them abroad. The story was long thought to explain why the world contains multiple languages.

However, editors are justified in feeling frustrated when there is a mismatch between, on the one hand, such involved and demanding editorial work and, on the other, the remuneration and time allowed for a project. This is by no means a problem unique to working with NNE clients; indeed, I find my NNE clients are frequently more understanding of the work involved and of what would be a realistic schedule and remuneration than are my native English-speaking clients. As with any project, it is the editor’s responsibility to explain the work involved and to agree to a mutually satisfactory working arrangement. That said, it takes experience (including more than a few tough experiences) to get a good sense of how much time is required for editing of NNE texts, and hence how to price such projects. Rather than complaining about NNE clients when one has a trying project, it is better to reflect on and learn from one’s own initial assessment of a project and communications with a client – or to complain about the unrealistic expectations of many editorial agencies who package out these projects.

With experience, the appropriate editorial skills, and a temperament suited to challenging projects, editors can find NNE clients to be a source of almost limitless, well-remunerated work. The pleasure of such work goes far beyond remuneration, however. In a world where the politics of borders and a suspicion of cultural and linguistic difference are on the rise, editing NNE texts is a reminder that communication is about transcending borders and bridging differences. What I see in my NNE editorial work is the desire all over the world to share ideas, to contribute to global knowledge, to learn from others, and simply to connect and engage in a spirit of friendship and mutual benefits. Some of my NNE clients are based in the UK, as students, academics or other professionals, and every one of their texts is a reminder of their immense and immeasurable contribution to the UK. And some of my NNE clients are based in their home countries, and I reflect on the important contribution my work makes to their countries. The linguistic and cultural differences of our world should be celebrated; but more than that, we should celebrate something that editors are doing all the time: productively transcending the differences, enhancing communication, and doing our bit to make the world a better and more interesting place for everyone.

Editorial work with NNE clients is a form of virtual travelling. To be a good traveller requires an open mind, a sensitivity to cultural difference, and a willingness to embrace, celebrate and learn from that difference – and the good traveller is rewarded with greater understanding and rich, liberating experiences. The same requirements and rewards apply to the NNE texts worked on by the good editor. 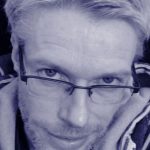 Based in London, Stephen Pigney is an editor who works with clients from all over the world. He started his editorial business in 2017, joining the SfEP at the same time; he is currently an Intermediate Member. With a background as a researcher and lecturer, he specialises in academic and general non-fiction writing on most subjects. He is trying to become a better non-native speaker of other languages.