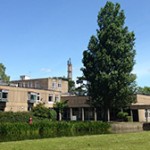 Bookings for the Society for Editors and Proofreaders’ (SfEP) first joint conference with the Society of Indexers (SI) are now open. So why have we joined forces with the SI? And what can delegates expect from this year’s event?

Although this is the first SfEP and SI joint conference, the two organisations share historical links thanks to an SI conference back in 1988. It was at this event that Norma Whitcombe, the SfEP’s founder, asked for help in setting up an organisation similar to the SI, but aimed at freelance editors and proofreaders. This led to the establishment of the Society of Freelance Editors and Proofreaders (renamed in 2001 as the Society for Editors and Proofreaders to reflect the fact that it is also open to in-house members) later that year.

Since then, the SfEP and the SI have maintained close ties. The two organisations even shared offices and an administrator in the 1990s, and some members who belong to both societies.

So it is apt that the theme of the first joint SfEP and SI conference, which takes place from 5–7 September at Derwent College at the University of York, is ‘Collaborate and innovate’.

Joining forces enables both organisations to offer a rich and varied conference programme including plenty of opportunities to network with other editors, proofreaders and indexers. There will be a wide range of workshops and seminars on a range of topics, including an introduction to Word, book art and its role in developing literacy, indexing for editors, and the challenges and ethics of editing students’ theses and dissertations.

Highlights include the Whitcombe lecture by John Thompson, a founder of Polity Press, Professor of Sociology at the University of Cambridge and author of Merchants of Culture: The Publishing Business in the Twenty-First Century, and an after dinner speech by linguist, editor and indexer (and honorary vice-president of the SfEP) David Crystal.

Previous SfEP conference delegates have always commented on the friendliness of colleagues attending the conference and have mentioned that the events offer something for everyone ‘whether seasoned veteran or someone just starting out on a freelance editing career’. Others have even gained new clients!

So, if you’ve not yet booked your conference place, what are you waiting for? There’s an early bird discount if you book your tickets before 17 April 2015.

What are you most looking forward to at this year’s conference?