The SfEP’s 30th annual conference, ‘In the beginning was the word’, was held at Aston University on 14–16 September 2019, and in the days and weeks that followed there emerged a crop of blogs by those who attended. A few overall themes emerged. [Disclaimer: this post contains strong language.] 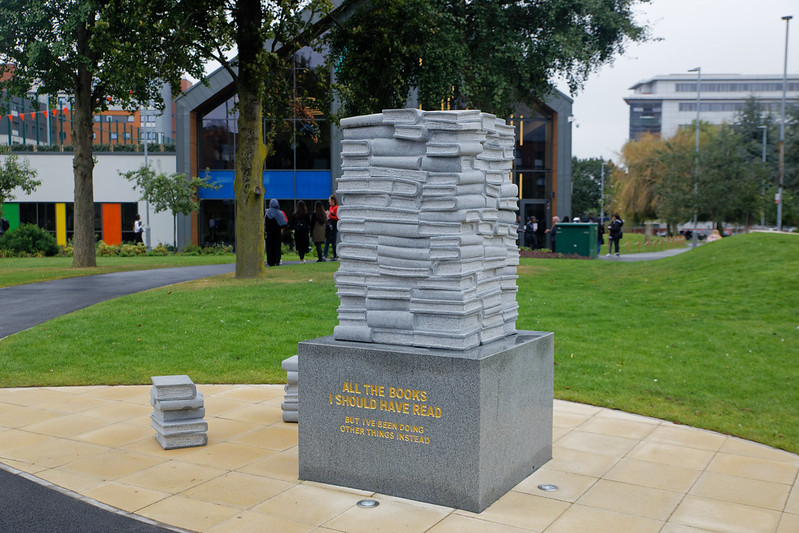 By next year’s conference the SfEP will be the CIEP (the Chartered Institute of Editing and Proofreading). These glad tidings were announced during the AGM and celebrated with a glass of fizz during the gala dinner, where Chair Sabine Citron and chartership adviser Gerard Hill were given a standing ovation. But what does it all mean? Sarah Dronfield explains: ‘This doesn’t mean that we, as individuals, will become chartered editors or proofreaders (although that might be a possibility for some of us one day) but hopefully it will show the world what a valued profession this is and how much our skills and knowledge are needed.’

Bloggers expressed delight with the facilities provided by Aston University. The rooms were luxurious and comfortable, and the meals, too, had a high TOG rating: ‘There was chilli in every main-course dish and even in the cheesecake’ (Sarah Dronfield). Amazed conference newbie Matthew Pinnock described the lunches: ‘I must admit I was expecting buffets with unidentifiable sandwiches … but these were worthy of dinners!’ Marieke Krijnen actually took photos of the food. Impressive. 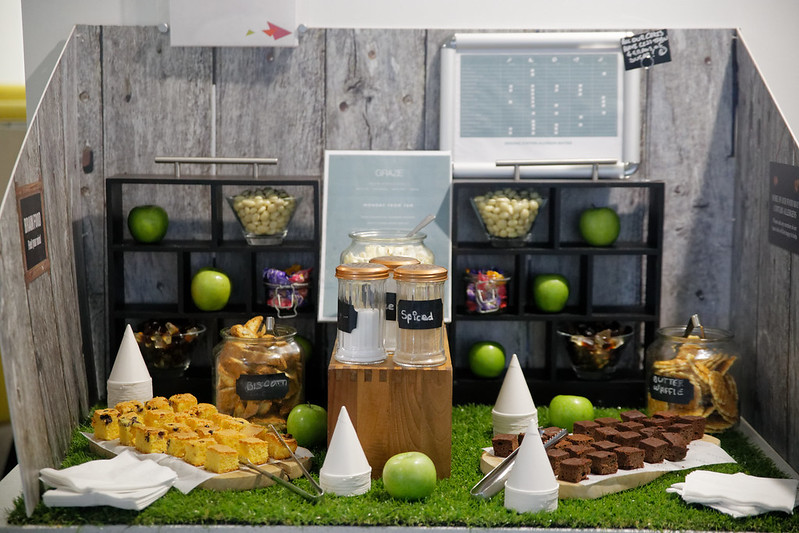 A disproportionate number of those who blogged about the conference (Annie Deakins, Sarah Dronfield, Matthew Pinnock, Sophie Playle and Kia Thomas) were also members of a team called [checks notes] ‘Kevin’ that was crowned the winner in the Saturday evening post-dinner quiz. (This is statistically interesting. Are bloggers good at quizzes, or do successful quiz participants like blogging?) Victorious Team Kevin celebrated well into the next day, sharing its booty – tubs of Cadbury’s Heroes – with fellow delegates. Thanks very much for that, folks.

But the true coronation came on Sunday morning. Kia Thomas, whose session on swearing had been a highlight of the 2018 conference, sportingly observed, having attended the Whitcombe Lecture: ‘I need to concede my “SfEP’s sweariest speaker” crown to Chris Brookmyre.’ And indeed Chris’s colourful language was noted in many of the blogs, particularly his fascinating detail that ‘the BBC tolerates a maximum of fifteen “fucks” in any radio episode’ (Marieke Krijnen). With true tales of his life as a writer and subeditor, Chris inspired the same levels of hilarity as a stand-up comedian, with several bloggers observing that his early morning lecture (9.30am start) did a great job of waking everyone up.

The different conference sessions were covered by the bloggers in a way that made you wish you’d been to theirs, whatever ‘theirs’ was – this even extended to the trainer day on the Saturday, described by Liz Jones as three-dimensional CPD. It all sounded amazing, but particular highlights seemed to be Gerard Hill’s The Art of Querying (Claire Bacon and Annie Deakins), Louise Harnby’s Switching to Fiction (Anne Gillion and Claire Bacon), Laura Poole’s From the Failure Files (Marieke Krijnen and Anne Gillion) and the Lightning Talks, which included everything from the Welsh language (Sue Walton’s talk) to what editors can learn from cats (Eleanor Abraham’s talk).

Two of the bloggers – Claire Bacon and Marieke Krijnen – managed to join the Run On group run on the Sunday at 7am. Anne Gillion wasn’t so lucky, due to a back problem: ‘My biggest disappointment was not being able to take part in the inaugural conference run with fellow members of the SfEP Run On group.’ But, she wisely concluded, ‘there’s always next year’. 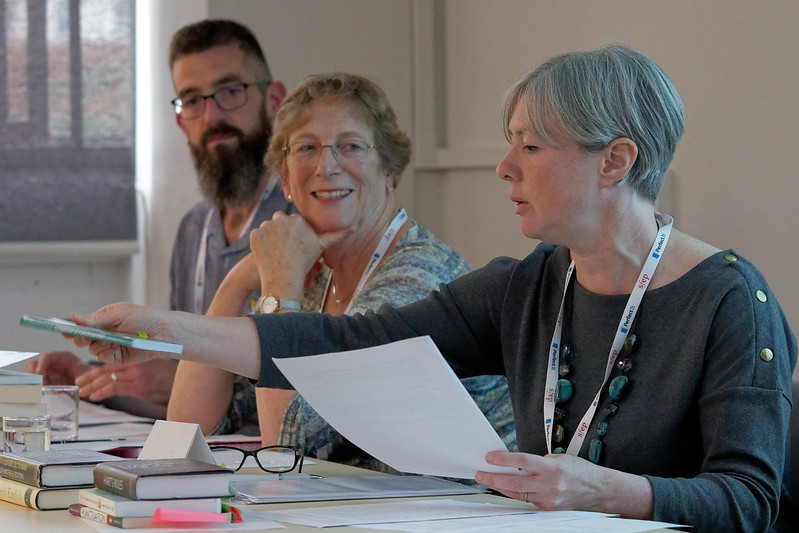 The gala dinner, on the Sunday night, was an opportunity to kick back with good food, good company, sweet music (The Linnets’ wonderful performance of Riffat Yusuf’s hilarious lyrics to the tune of ‘He Who Would Valiant Be’ – Annie Deakins includes a photo) and another entertaining talk, this time from Rob Drummond, reader in linguistics at Manchester Metropolitan University. Although most of us had progressed through at least some of the stages of linguistic pedantry depicted in his graph, we were encouraged to relax completely about others’ language use with the words of Rob’s teenage son: ‘Mate, let it go. It’s non-standard.’

Our honorary president, David Crystal, gave the final plenary lecture on Monday afternoon (Anne Gillion dedicated a chunk of her blog to this). The overwhelming feeling delegates took away from David’s account of developments in the years between the second and third editions of The Cambridge Encyclopedia of the English Language is that things in language and editing are changing, and changing fast – so fast that if you want to express the fact that you have laughed out loud at what someone has said, you can’t write ‘lol’ any more: you have to write ‘actual lol’. Emojis, which some of us are only just learning how to use, are moving on, too: ‘Emoji use is already past its peak, and David Crystal wonders if in a few years we’ll be on to the next thing.’ (Kia Thomas) 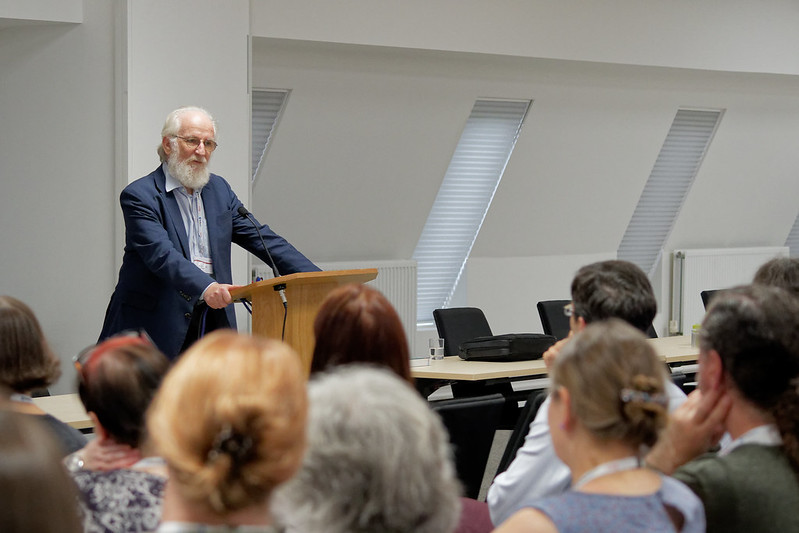 But the really magical moments from the 2019 SfEP conference seemed to come from just being there with everyone else. Sophie Playle (in her newsletter) put it like this: ‘There’s often quite a lot of buzz around the conference, and I think it’s mostly down to the fact we editors so rarely get together in such numbers.’ She wrote: ‘You’d think being a solo business owner who mostly works from home would mean you don’t have a professional community, but the SfEP community (well, the editorial community globally, really) is incredibly active and friendly. Even if we only see each other less than once a year, we often talk so much online that we feel like we all know each other well.’ Kia expressed this too: ‘When you chat to someone online nearly every day, it’s really weird when you sit down together and work out you’ve actually only met once, two years ago.’ For online colleagues, the experience of meeting each other in real life was powerful. Claire summed up the feeling: ‘you are my people’. 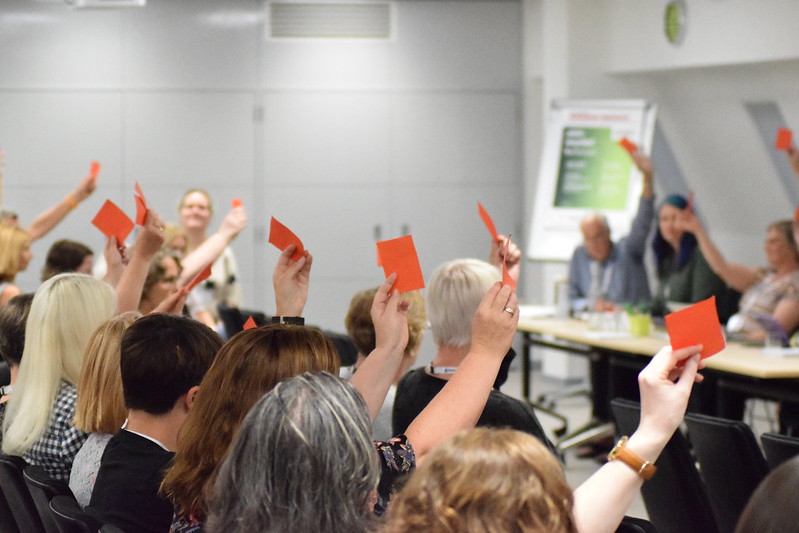 So, are our bloggers excited about next year? You bet. ‘Here’s to #SfEP2020’ proclaims self-confessed loather of conferences, Matthew. ‘I will definitely attend #SfEP2020 in Milton Keynes next year!’ says Marieke. Anne exclaims: ‘Can’t wait to do it all again in 2020. Milton Keynes, here we come!’ Kia rounds up our round-up with: ‘I’ll see you all in Milton Keynes for hashtag SfEP2020 actual lol!’

See the November/December issue of Editing Matters for a full account of the 2019 SfEP conference.

Thanks to Sarah Dronfield for her work in compiling a list of blogs on the SfEP forum, and to a member of the social media team for pulling this round-up together.