Since entering the world of professional proofreading, writing and editing, I have thought a lot about how we use the English language.

Language as an academic subject is generally considered to be an art or a humanity. It is subjective. We can use it in different ways when communicating with different people. We can use it to paint pictures and arouse feeling. We can be creative with it.

I only have to listen to my children to find lots of examples of this creativity in motion. We were recently walking along and my three-year-old said to his big sister, ‘Oh no – you’ve unclupped my shoe!’ Now, ‘unclupped’ clearly isn’t a word, but we all knew what it meant: she had accidentally stepped on the back of his shoe and it had come off his heel. It was well and truly unclupped. He couldn’t find a word to describe what he meant, so he made one up. I hear this happening all the time, and some of them are great words!

My daughter is reading Roald Dahl’s The BFG at the moment. Now there’s creativity and colour for you. One of the most prolific children’s writers was brave enough to have a main character who, for the whole book, uses ‘is’ for any form of the verb ‘to be’. The Big Friendly Giant eats scrumdiddlyumptious snozzcumbers rather than school chiddlers like the other giants eat. The book is full of these seemingly nonsensical words, which somehow do still make sense to six-year-olds and adults alike.

The flipside of this is that language also has rules. Grammar can be approached scientifically or mathematically and there are still many aspects of language that can be considered objectively right or wrong.

Take, for instance, the commas in this sentence. I have used them parenthetically so they need to come as a pair. If you take one of them away, the sentence doesn’t work. If you take them both away, it is OK. For me, this echoes mathematical equations: symbols can cancel each other out and where the parentheses (or brackets in maths) sit can really alter the meaning (or answer) you get at the end.

Another example is the conjugation of verbs. The verb form is often different depending on who is doing the doing. Again, I think this reflects mathematical statements where certain numbers or parts of an equation are affected by a function, whereas other numbers stand up in their own right. In languages like German, where there are different genders for nouns, there is an even greater choice of conjugations for different cases. These can be taught in tables, so we can, for example, look up the correct form of the article for a masculine noun in the dative case.

We can also see maths in the way reading is currently taught in British schools. Children are taught to ‘chop and blend’ phonics in the same way as adding and subtracting numbers. They learn that c+a+t=cat just as 2+3=5. But at the same time, they learn the exceptions to the rules: the spelling and pronunciation of common but phonically irregular words like ‘the’ and ‘me’.

So, on balance, are we working with an art or a science? I think it’s both and, in that respect, what a great thing it is. Some of us will be sticklers for certain rules: I was taught to never split an infinitive but I understand many people will accept this now. There, I’ve done it – but it was only for effect, and I won’t do it again. But I will quite happily bend other ‘rules’ I once learned (like allowing myself to start a sentence with the word ‘but’). The Oxford English Dictionary paves the way in this evolution of language, with new words being added to each edition as they reach common usage. The June 2015 update has around 500 new words, phrases and senses, including ‘twerk’ and ‘yarn-bombing’. One day, someone made up these words and they caught on. Personally, I’m hoping to make a case for the verb ‘to unclup’ to be included in next year’s update. 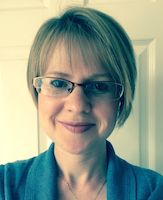 Lisa Robertson set up Editwrite in April 2015, after working for a local authority for over 14 years in various children’s services planning and commissioning roles. She offers a range of editorial and writing services, including document writing consultancy. Her specialist areas are children’s services, the public sector and charities. She is an Entry-Level Member of SfEP. www.editwrite.co.uk