In March 2016, the SfEP released a new online course, Editing with Word. I’m sure I wasn’t the only person looking forward to this course, especially as I hadn’t had the chance to attend either of the Society’s old onscreen editing workshops. Editing with Word would be ideal, I thought, because it would be full of up-to-date content, and, crucially for me, I’d be able to take the course online. Contributors to the course included Paul Beverley, Daniel Heuman and Paul Sensecall – all well-known names in the editorial community – so this was a course not to miss.

Then I saw that three of the course’s ten chapters would require some sort of access to Windows. And that got me wondering about how suitable the course would be for Mac users.

Like many writers and editors, I’m a big fan of Apple Macs. But there are times when an important piece of software works only on Windows, and that gives Mac users some questions to answer. Should we stick to using only those tools that work natively on our Macs, foregoing Windows software that might have saved our bacon? Should we keep a PC on standby just in case? Are there any other options?

Below are some examples of software that Mac users might find very useful if only they could get access to Windows. The first three of these feature in the SfEP’s Editing with Word course:

(SfEP members receive a 15% discount on PerfectIt and on ReferenceChecker. Discount codes can be found in the Benefits section of the Members’ area.)

So, there are times when having Windows to hand could really be of help to a Mac-using editorial pro. Now we need to consider what that means in practical terms. Let’s look at the options. 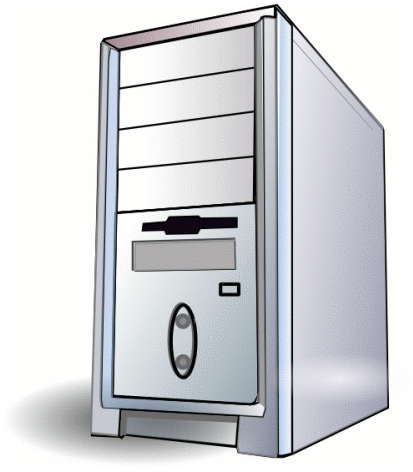 There are no two ways about it: for the authentic Windows experience, use a real PC. That doesn’t mean you need the full-on desktop ensemble. An old laptop, netbook or PC tablet might do the job, depending on what software you’re trying to run.

Boot Camp is Apple’s built-in software that lets you install Windows on part of your hard drive.

Option 3: use a ‘virtual machine’

A virtual machine is software that allows you to access an entire operating system (such as Windows) and its programs via a single window on your Mac desktop.

My recommendation: use a virtual machine

I’ve tried all of the methods above and, for me, the best option has been to use a virtual machine. My old PC took up too much space and was a pain to keep updated and protected. Boot Camp appealed for a while, but losing access to my Mac while Windows was running soon became a no-no. The final option I tried – a virtual machine – is what I’ve stuck with quite happily since around 2010.

There are a couple of big players in the virtual-machine market. In my case, I’ve opted for Parallels. The main alternative is Fusion. Both products do the same job, so, before committing to a purchase, you might want to take advantage of a free trial of each to see which software you prefer. Prices are also almost identical, with each product costing around £65 for a one-off licence. The software is updated every year and there’s a charge for upgrading, but upgrades aren’t mandatory. The latest versions of Parallels and Fusion work well with all modern versions of Windows, so you probably won’t need to upgrade for a few years.

Requirements for running a virtual machine

Here’s what you’ll need in order to run a virtual version of Windows on your Mac:

Note that if you want to make a wholesale move from an existing PC to a virtual machine, Parallels can migrate your entire Windows installation, meaning you won’t need a separate Windows licence, installation disc or CD/DVD drive.

Still, the above represents a substantial requirements list. Take a look at what you already have and see whether running a virtual machine is going to be the right choice for you. In some cases, it will work out better to accept the cons of running a cheap, second-hand PC.

A note about anti-virus software

When Mac users think about installing Windows, they often wonder whether they need to install anti-virus software on their virtual copy of Windows. Strictly speaking, the answer is yes: you’ll be running a fully functional version of Windows that will have access to the internet, and therefore it’s possible for it to be infected in just the same way that a real PC might be. However, there are some mitigating circumstances that might change your thinking on this topic:

But I just want to use PerfectIt!

All this information might appear complicated and scary if all you want to do is use the PerfectIt add-in for Word on your Mac. If the above methods aren’t for you, there might yet be hope …

Intelligent Editing, the makers of PerfectIt, intend to release a cloud-based version of the software in late 2016. When this happens, PerfectIt will be able to run on any system, including your Mac. No firm release information is available at this time, but I’ll be keeping a keen eye on developments and will update SfEP members when I know more.

A note about Wine

The more technically minded readers, particularly those familiar with Linux, will probably be wondering why I’ve neglected to mention Wine. This software provides another route for Mac users to run Windows software, but I’ve never had a good experience with it and therefore wouldn’t recommend it. Still, it might be worth a go if the other options above aren’t right for you.

What do you think?

If you’re a Mac user who sometimes uses Windows, which method suits you best and why? Post a comment below to let us know.