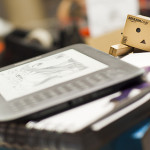 Sophie Playle explores the opportunities available for editors and proofreaders to work with self-publishing authors.

Sophie Playle, of Liminal Pages, is a freelance editor who specialises in fiction and often works directly with writers. She has an MA in creative writing. You can follow her on Twitter.

1 thought on “Working with self-publishing authors – Part 1: an industry of opportunity”