Some readers might remember Helen Stevens’s fine April post about the Judith Butcher Award. It is presented to someone who makes or has made a ‘clearly identifiable and valuable difference’ to the SfEP. Each year all Society members are asked to nominate candidates for the Award, saying why they think their nominee should be considered.

Quite a few members sent in nominations this year and the committee has weighed and sifted the excellent claims of the eight members nominated. They’ve winnowed the list down to three. Now we have to wait until the Conference gala dinner on 17 September to find out who has won.

The candidates on the shortlist are Lesley Ellen, Louise Harnby and Gerard Hill. 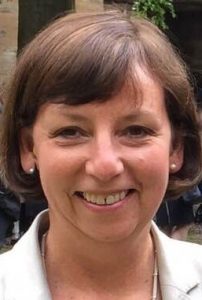 Lesley Ellen has been nominated, partly for organising the successful 2017 mini-conference in Scotland, partly for being ‘the driving force behind the Edinburgh local group’, which she helped revive after an earlier Scottish mini-conference in 2014, and partly for setting up the Edinburgh Editors’ Network. Nominators describe her as ‘being so supportive and encouraging to new members in the Edinburgh area’, and as ‘an exemplar of SfEP membership’. ‘She has helped me several times with editing-related queries,’ writes another nominator, and yet another says Lesley ‘constantly promotes the group through Twitter and forum activity’. 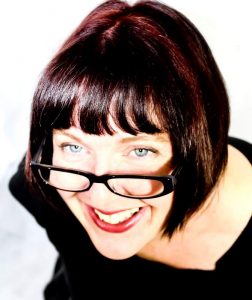 I’m sure I don’t need to remind readers of Louise Harnby’s blog ‘The Proofreader’s Parlour’ or ‘her ongoing support of all proofreaders and editors, through her free provision of PDF stamps, the vast array of resources available freely on her website and also … her books’. These ‘are the most visible of many efforts on behalf of members, as are her always thoughtful, thorough and polite posts on SfEP forums’. She sets ‘a great example by showing us how best to market an editorial business’. 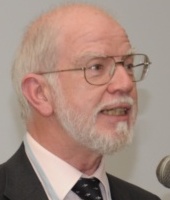 Gerard Hill has ‘been a huge and positive presence … endlessly enthusiastic, approachable and supportive’. Members who have successfully completed the Society’s mentoring programme already have an immense debt of gratitude to Gerard, and having put in the maximum permitted eight years on the council, he has retired … to become the Society’s chartership adviser. This promises to make an enormous contribution to both the members of the SfEP and the wider editing community.

Lest we forget, to encourage members to send in nominations (it’s important! The Award can only be given to people put forward by the membership) the Society offered a £30 book token to the member sending in the first nomination drawn out of a hat. (Actually, it was a pile of scraps of paper drawn out of a mug.) The lucky winner was Sarah Campbell: thanks for taking the trouble, Sarah, and I hope you enjoyed the book(s).

The committee has put forward these three candidates. Now one of them will be given the honour of receiving the Judith Butcher Award at the conference gala dinner in Wyboston Lakes, Bedfordshire.

I’ll see you there, I hope!

Nominations are now being sought for this year’s Judith Butcher Award (JBA), but what’s it all about? OK – cards on the table: I was the proud recipient of the JBA in 2013 for my work on social media. Perhaps that means I’m slightly biased. But it also means that I can give you a very personal take on this annual celebration of exceptional contributions to the community that is the SfEP. 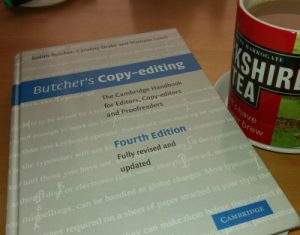 I was proud to have my efforts officially recognised, epecially as it meant that my name would appear in the same sentence as Judith Butcher’s!

I joined the SfEP in 1997, but it was only when I became a marketing and PR volunteer in 2009 that I really started to appreciate just how much valuable work goes on behind the scenes, and how much the Society’s volunteers contribute to the running of the organisation. When I became a director in 2010, I relied on the help of such individuals, particularly when our social media activities started to expand and we needed a team of people to keep the show running.

The fact that I’d seen how much work went on behind the SfEP scenes made me all the more pleased to have this official recognition.

One aspect of the award that makes it very special is that nominations come from one’s colleagues within the Society.

Although many of the people who are involved in running the SfEP do so out of sight of most of their fellow members, I’m sure we can all think of individuals who’ve contributed, perhaps on the forums, on a particular project, in our local group or in a more public sphere.

I can tell you that having one’s efforts noticed and appreciated by colleagues is a very lovely feeling indeed, and I’d encourage everyone to think hard to see if they can call to mind someone who’s impressed them and ought to be recognised.

In the past, not all members saw the value in the SfEP being involved in social media, so I was really pleased that my JBA was awarded ‘for significantly raising the national and international profile of the SfEP, and the work of editors and proofreaders in general’ through my voluntary work on social media.

I believe social media has played a significant role in promoting the SfEP, and it was heartening that the JBA recognised this.

When I was awarded the JBA, I felt that it was a reflection of the efforts of all those who had contributed behind the scenes to these activities. Although I couldn’t share the award with all those who had helped, it did make me appreciate their support, dedication and commitment. I really couldn’t have done it without them.

And now I have a confession to make: for many years I didn’t actually have my own copy of Butcher’s Copy-editing. I know, right? So when I won the JBA I decided to use the book token prize to buy myself a copy. It just seemed like the right thing to do (and it is an invaluable resource).

So please do get your thinking cap on and consider nominating someone who has:

See the full rules here, but note that this year the timetable will differ from the one described on our website. Please email nominations to jba@sfep.org.uk by 12 noon on Friday 5 May 2017. 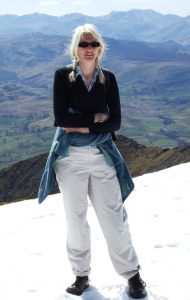 Helen Stevens has been a freelance proofreader, editor and copywriter for over 20 years, and now specialises in academic and non-fiction editing. She enjoys playing Scrabble and walking, though not at the same time. Saltaire Editorial Services