Earlier this year I was thrilled to learn that the SfEP had made the final for the 2017 UK Blog Awards. Over 2,000 blogs had been nominated this year, and the SfEP received sufficient votes to reach the final eight in the Arts and Culture category, alongside blogs by Royal Mint, English Heritage and Bodleian Libraries. As the SfEP blog relies on the support of volunteer writers, I was delighted that their contributions had been recognised and appreciated.

Finalists are invited to attend a glitzy awards ceremony in London, and I was delighted to represent the SfEP with social media volunteer Anna Nolan. Here are our recollections of the night… 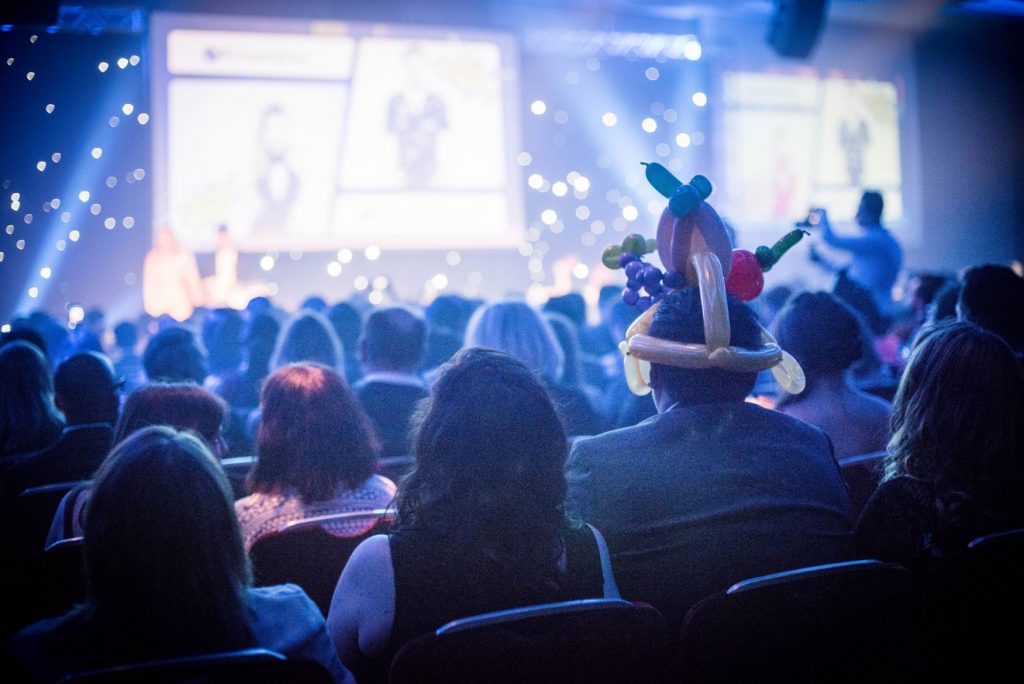 Confession: I have never been to an awards ceremony before, and I wasn’t sure what to expect. Reading through the #UKBA17 tag on Twitter, I learned the ceremony was sponsored by Odeon cinemas and would have a superhero theme, which only added to my curiosity!

On arrival at the Park Plaza, we joined the other attendees for nibbles and drinks. While searching for a waiter serving what looked like crispy fries (sadly, we were too late and they had all gone), we decided to participate in some of the movie-themed attractions on offer. We were transformed into Wonder Woman – including gauntlets and lightning – courtesy of Warner Bros. (apparently, I was too ‘smiley’ and didn’t snarl appropriately). The SfEP was also judged unworthy and we were unable to pull Excalibur from the stone.

When the ceremony started, the first category announced was Arts and Culture, in which the SfEP was a company finalist. Sadly, the SfEP didn’t win, and English Heritage was awarded the prize for this category. But our disappointment was short-lived (for me anyway!) as bags of free pick ’n’ mix were handed out during the break and we got to chat to other finalists, including the lovely blog team from Cancer Research UK.

The event ended with the award for best overall blogs (congratulations to Sortedfood and Bella Coco), yummy macaroons and more drinking. Tired, but happy, we headed back to the hotel to drink more of Anna’s delicious cocktail and inspect the goodie bags given to finalists. Our bags included books, phone cases, superhero lollipops, a fluffy rubber duck and a music festival survival pack. We chatted about the SfEP and other critical issues (who is better looking: Tom Hiddleston or Benedict Cumberbatch?), and agreed it had been a fabulous evening.

Tracey and I had been in touch a few times leading up to the event, so had booked into the same hotel. The tickets stated quite clearly, dress code: formal. Yikes! Unlike most women I know, I hate dressing up. I’m thinking it might be a common thing among editors, as working from home means we barely get out of pyjamas or tracky pants or … wait … maybe that’s just me. 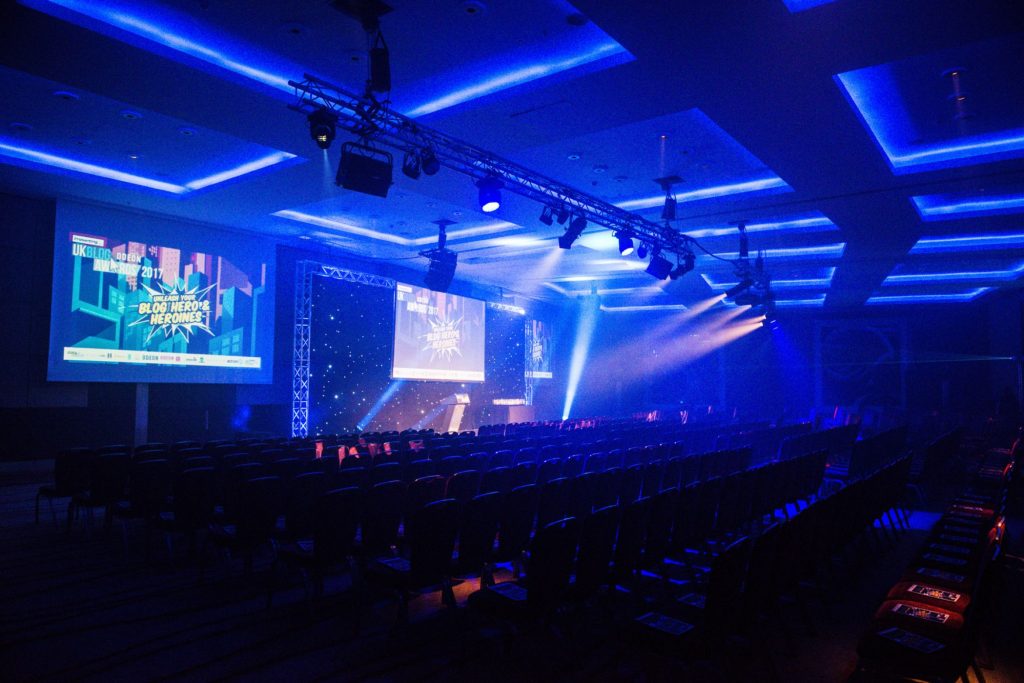 We met for a pre-event cocktail in my room, discovering our mutual loathing of dressing up. Tracey recalled some of the outrageous and completely inappropriate tweets from people hashtagging the blog awards and so we prepared ourselves for a ‘young’ crowd (not that we’re not).

After a long 15-more-like-20-minute walk to the venue (yeah, thanks, Google Maps!), we took the lift to level–3 (no, not a car park) and stumbled into … a nightclub. Well, that’s what it felt like. Dimmed lights, sparkling dresses, free-flowing drinks, pumping music and a buzzy atmosphere. We didn’t arrive unfashionably early so we missed out on some of the more enticing nibbles, but lukewarm pizza sufficed. That, and a glass of Prosecco.

Odeon was the main sponsor for the evening, and photo opportunities as Wonder Woman and with Excalibur were not to be missed out on. It felt very red carpet and our timing was such that we only just managed to partake in all the fun before being ushered into the awards.

The SfEP blog was a finalist in the company category for Arts & Culture. Proceedings were swift and well rehearsed and as the alphabet would have it, Arts & Culture was first up! The company prize went to the English Heritage blog – and well deserved, indeed. They did so well, in fact, that one category wasn’t enough! They also won the Travel category and were runner-up in an Overall Content category (or something like that!). We had a good laugh at some of the blog names – see Not Dressed As Lamb and Muddy Stilettos (so much for our hatred of dressing up!).

We couldn’t possibly resist the pick ’n’ mix during the break (don’t think I’ve ever eaten so much sugar in one go!), nor the dainty cream-filled macaroons at the close of the event, but we did manage to avoid being the first on the dance floor! What a fun night! 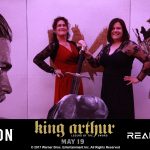 Anna Nolan is a paediatric dietician who started her editing career in 2013, when she joined SfEP. She’s a strong advocate for SfEP, currently active on the SfEP social media team and setting up the Herts & Essex SfEP local group in January 2017.

Tracey Roberts currently works as editorial assistant for the Cochrane Schizophrenia Group based in Nottingham and is the SfEP blog coordinator.