Alongside the launch of the CIEP’s A-to-Z guide of environmental terms, some of the Environmental Policy Working Group members share their reactions to the term ‘eco-anxiety’ and how they feel about the climate crisis.

Eco-anxiety: ‘a chronic fear of environmental doom’ as described by the American Psychiatric Association in 2017. Medical and psychiatric experts have started to gather research that suggests there is an increasing public anxiety around the climate emergency and that people are feeling overwhelmed by the existential threat posed by the crisis.

Ecogrief: the psychological response and pain people feel at the scale and speed of the loss of biodiversity that arises due to chronic environmental change. ‘Thanatologist [a person who studies death and dying] Kriss Kevorkian defines environmental grief as, “the grief reaction stemming from the environmental loss of ecosystems by natural and man-made events”.’ (Source: Wikipedia.)

A sense of helplessness, sweeping grief, a knot in your stomach when you think of the future – what does eco-anxiety mean to you?

The billionaires are planning their island retreats – with actual plans for food and medicine and security – and that should tell you something.

When my anxiety spikes, the broken record of my internal dialogue goes like this: 1) ‘Wait, is this real?’, 2) I realise that, yes, things are as bad as I feared, and 3) I resolve to take an immediate step to combat the crisis, however small, and resist the overwhelming character of my worry.

As a young adult, I often joked with friends that I’m having an existential crisis – today the climate crisis gives me a good reason. Now there’s a term for this emotional discomfort – could it be eco-anxiety that I’ve been feeling all along?

The sense that all’s not right with the world is probably quite normal.

Globally, no one can escape the impact of the climate crisis and it’s overwhelming to contemplate. On a local scale, I can’t ignore the litter and plastics crisis we’re also drowning in – rubbish breeding daily despite efforts to clear it up.

Ironically, we’re encouraged to turn to nature to help boost low spirits, but now it’s time to give back. I don’t have many answers for how to cope with these burdens for the planet, other than to connect with others who feel the same and continue to fight the good fight.

Eco-anxiety has been defined by the American Psychological Association (APA), but it’s not yet listed in the APA’s Diagnostic and Statistical Manual of Mental Disorders (DSM-5). That means it’s not recognised as a subset of the illness, generalised anxiety disorder – a condition that impacts the lives of far too many people around the world. So, until it enters the DSM or other diagnostic tools I would reserve the term for people who are at the greatest risk of imminent climate disaster – caused by flooding, wildfire, pollution, drought or extremes of temperature – and, crucially, loss of livelihoods and potentially loss of life.

That doesn’t mean people aren’t genuinely anxious about the climate crisis. Personally, I have ‘eco-anger’ triggered by far too many governments (UK and elsewhere) failing to take proper action despite having well-documented information about the risks for 25 years or more. 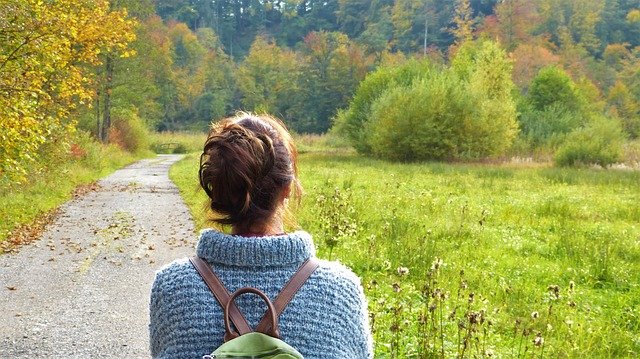 I never knew what the term for it was, but I have been experiencing that feeling of despair, incredulity even, that things are unravelling fast and that we’re not moving quickly enough to counteract the damage.

I’ve not known how to describe it, but now realise it’s called eco-anxiety. That stab in the gut when I see forest fires raging and knowing the air that we all breathe will be that little bit worse tomorrow, and the day after that. The knowledge that this summer was hotter than the last, and the fear that next year’s will be even worse. Or that the floods and storms may not have got me this time, but there’s always next time.

So far I’ve coped with it by doing my small bit to reduce the damage I do, but I’m not sure it’s enough any more …

It took me a while to write my ‘bit’ for this, because I’m about to relocate. I said to the other EPWG members, ‘Right now, my eco-anxiety is eclipsed by my housing anxiety!’

It’s so often the way. Amid more immediate but less total concerns, my worry and grief about the planetary future slip in and out of focus.

But they’re always there. As I search for a new home, I’m constantly assessing risks and resources – sea level rise, higher inland temperatures, options for solar and wind, space to grow food, strength of community (because we’re going to need each other) …

A galactic estate agent would once have described our planet as the most desirable residence around. Now, to put it mildly, it ‘needs some TLC’. To put it less mildly, it’s on fire.

More of us admit this now, so it feels less like I’m going mad. Now to see what we’re willing to do about it. Eyes open, fingers crossed.

In the novel Life, the Universe and Everything, Douglas Adams introduces the idea of an ‘SEP field’ as a kind of cloaking device. The character Ford Prefect says, ‘An SEP is something we can’t see, or don’t see, or our brain doesn’t let us see, because we think that it’s somebody else’s problem. That’s what SEP means. Somebody Else’s Problem.’

That is my real anxiety about the climate crisis, that the world’s population will see it as Somebody Else’s Problem. Too many people see the effects of the climate crisis that are already happening – forest fires, rising sea levels, rising temperatures – and think that it doesn’t affect them. There is so often a hopelessness that anything they individually do to reduce their environmental impact won’t make any difference.

That’s why it’s so important that governments take effective, quick action to ensure that people realise that the climate crisis is Everybody’s Problem and everybody needs to act now.

‘From Anger to Action: Differential impacts of eco-anxiety, eco-depression, and eco-anger on climate action and wellbeing’: sciencedirect.com/science/article/pii/S2667278221000018

Photo credits: deforestation by Picography; contemplative person in nature by silviarita, both on Pixabay.

1 thought on “What does eco-anxiety mean to you?”