When I was asked to write a blog post on common problems encountered in fiction editing, I wondered where on earth to start; it’s such a big topic. Being first confronted with a work of fiction can seem overwhelmingly daunting, especially if you are a newbie, but the satisfaction you get from editing fiction is unrivalled.

Whether you are carrying out a developmental edit or a copy-edit, after a while you see the same problems crop up time and time again – and you begin to realise that if you can catch the common problems the rest will follow. 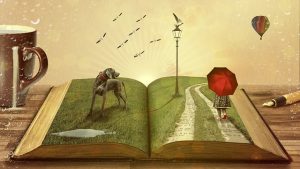 So here are a few problems that crop up frequently when editing fiction, starting with my favourite first:

When you are dealing with a novel, you are bound to come across inconsistencies, and catching them can be quite an art form.

If you don’t make sure that things like height, build, hair colour and eye colour remain consistent your readers are going to notice. But if the character has a liking for frequently changing their image, then you need to let the reader know that they dyed their hair, were wearing funky contact lenses or had been on a new medical retreat to add that few extra inches of height.

Make sure names remain the same. You’ll often find throughout the manuscript that the author has spelled the name incorrectly. This is a very common problem – Brian can become Bryan or Bryn or even Brain. Decide on the character’s name and stick with the same spelling, after consulting with the author.

I use a modified Dungeons & Dragons character sheet to keep track of characters in a novel, which I admit is a hangover from my student gaming days. And if you deal with fantasy and sci-fi these are even better, just go ahead and use a Dungeons & Dragons sheet! Or you can use an Excel spreadsheet or whatever takes your fancy. Just make sure you have a way to know your characters by the end of the book. 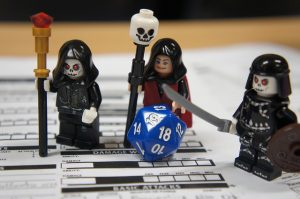 This can be subtler but is something to watch out for. Rather than enforce a stereotype, stick with the character traits. Would someone who generally behaves in a certain way stray from their normal way of doing things? If they do stray there usually must be a damned good reason, and this can often be the catalyst for the story, but if it’s stated that she hates milk would she put it in her coffee? If she never drinks tea, watch out for her ordering one in the middle of the book. Small things can easily be missed, but I tend to add these to the character sheet.

Also, are the characters interesting enough and are they rounded individuals? If not, you may have to gently nudge the author into a rewrite.

If you have a character regularly moving around a room or building it can make sense to draw out an internal layout for yourself – this might stop your character from going through a door that in one chapter leads to the kitchen and in another leads to the bathroom. It may seem like a lot of work, but it all adds to the authenticity and allows you, the editor, to catch mistakes.

Does a character disappear for a cup of tea and never return? Is there a reason the characters move from Central City to the back of beyond? Is the main character’s life journey so thin you can see right through it? Plot holes can be so huge that they don’t need pointing out, but some only appear because there’s something wrong … but you can’t quite put your finger on it. As editors, it’s our job to catch the plot holes – that’s why keeping track as you go along is a good idea.

If you don’t sort out the loose threads of a plot the readers will notice. A good way to do this is to go through and read only the pages dedicated to a certain plot line – this may be enough to have the holes jump out at you. Make sure everything is resolved, and that the plot is believable; even if it’s fantasy or sci-fi, the readers need a satisfying experience.

This can be fun and appeal to your pedantic side, or it can drive you crazy. Keep an eye out for things that pop out at you – for example, will it only take ten minutes to do everything that the character needs to do? Can your character really walk ten blocks in three minutes? Was 15th November 1976 really a Monday? (It was.) And can a helicopter/plane/car/motorcycle really make the journey on one tank of fuel? My favourite example is when the cowboy fires away, bullet after bullet, from an old-fashioned six-shooter, without reloading. When it comes to the practicalities of the story, you can bet that someone, somewhere will notice. 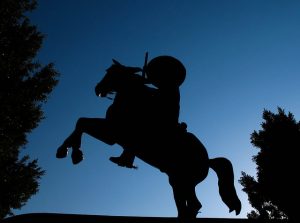 Make sure when working, especially on subplots, that the timeframes match up. If you don’t catch a mismatch your character may end up knowing something before it happened, or before being told. A simple (or not so simple) linear timeline for each character can help – if you know where your characters are you can keep track of what they know or don’t know. Create a calendar for the story if it happens over a period of time.

A very common problem has the author changing point of view (POV) or engaging in a bit of head hopping. Maintaining POV can be difficult at times, but an editor should be able to spot when the POV changes for the wrong reason. Head hopping is disconcerting as readers are forced to move from one character to another in a scene – it just gets muddled and confusing. If the author really needs to have different character POVs suggest they use them sparingly, for a reason, and don’t have changes in the same scene: save them for different sections or chapters.

Make sure the author doesn’t change from past to present tense and back again; you’d be surprised how often it happens!

There are so many other problems encountered that are more developmental than copy-editing:

Pace – avoiding that saggy middle and keeping the reader interested.

Plot – is there one or is nothing much happening? What about subplots: are there enough, too many or too few?

Conflict – is there enough to move the story forward? Somebody wants something and strives to get it. Make sure there is enough tension to keep the reader reading.

Voice – the voice needs to be consistent to stop the reader popping out of the story. It’s also a way to catch plagiarism … if the voice suddenly changes be wary.

You might come across some of these problems in your fiction edit or, if you are unlucky, you may get all of them (in which case there are grounds for going back to the author and having a chat about scope and fees). Remember though – changes may have knock-on effects for the rest of the novel, so keep good notes and remember good communication with the author is important. 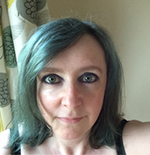 Sara Donaldson is a freelance editor with an eye for a mystery. When not editing a range of projects (mostly historical fiction and non-fiction) she can be found with her Sherlock hat on as a professional genealogist. You can find her on Twitter