When I began freelance editing, in 2008, I was living in West Yorkshire, and I benefited greatly from attending meetings of the West Yorkshire SfEP group, run by the ever helpful Helen Stevens. A couple of years later I moved back to my home town of Liverpool and continued freelancing, steadily building up my business.

Early in 2016, I decided I could definitely use more face-to-face contact with other editors. Participating in online forums and social media groups can be very informative (and that alone has helped me avoid becoming too insular in my working practices), but of course it doesn’t offer real live human interaction or, crucially, help me keep my weekly screen time from escalating. 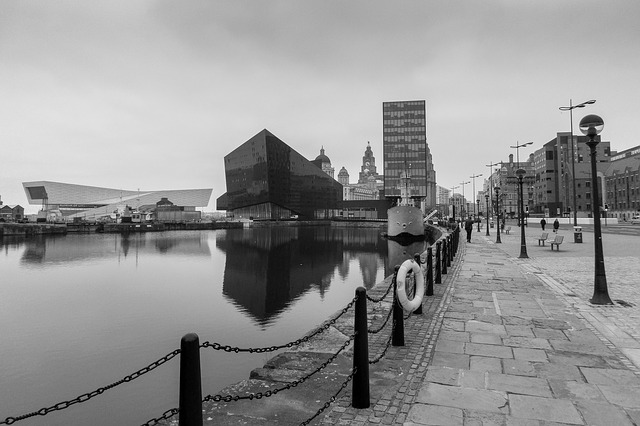 Setting the group up

So, with support from the SfEP team, I set up the Liverpool SfEP group and put the word out. Our first meeting took place in May 2016, so we are coming up to our first anniversary as I write. We meet every other month for a couple of hours, and all our recent meetings have been at The Pen Factory on Hope Street, which tends to be quiet enough in the afternoons for our purposes.

The membership map had initially suggested that any group in this area would be small: very few SfEP members were listed within ten or twenty miles of Liverpool city centre. However, since the group has existed, I have heard from over a dozen people, most of whom have now attended at least one meeting. Many of these were non-members who have since become or are planning to become SfEP members. This shows that it can still be worth starting a local group in an area that has few SfEP members at present.

I said from the start that I intended to keep my coordinating role as simple as possible – I wanted solidarity, friendly company and discussion of good practice, not a lot of extra admin! Even with our expanded numbers, it has been possible to keep the work of coordinating the group to a minimum, thanks largely to help from group member Graham Hughes (he coordinates another local group and he supplied me with a helpful spreadsheet on which to record attendance and meeting content) and also the SfEP team members with responsibility for tech, community support and communications. Plus, in time it might be appropriate for others to take over the coordination of our local group for a while, to spread the admin load and keep the group dynamic fresh.

Additional tasks sometimes arise, such as liaising with other local coordinators about setting up local SfEP training.

How our meetings work

We pick a topic ahead of each meeting, and on the day, following greetings and introductions, we just run with it. On this basis, meeting structure seems to take care of itself, and we’ve had useful discussions every time we’ve met, which is to the credit of all our members. So far we’ve discussed training, the SfEP conference, websites, social media and pricing.

At the moment we have quite a high proportion of members who are fairly or completely new to editing. As they gain experience, and as further newbies join, this balance will fluctuate. Whatever the group profile, every member has a contribution to make, whether it’s a good tip or a good question. I know I benefit from revisiting even those aspects of the job I thought I was fairly familiar with by now, because it helps me understand where I can overhaul my current practices or take a different approach altogether.

What our members say

Because a group necessarily offers many perspectives, I asked our members to comment on their experiences in the group so far, so at this point I’ll hand over to them. And I look forward to seeing as many of our members as possible at our first-anniversary meeting in May.

I admit that I had doubts about whether a Liverpool SfEP group could really get going, judging by the membership map, but it’s working out very nicely. Each local group has its own character (I’ve been in two others), and one thing that stands out about this group is that because we spend most of the meeting talking about one topic, we go into that topic in plenty of depth, with lots of thoughts, tips and ideas coming out. I come away from every meeting with some things to think about and work on.

As someone who is brand new to proofreading, this group has been invaluable to me. I leave each meeting full of ideas and ways to improve my working practice. What I find particularly useful is having a range of experience in the group, from experienced veterans to others starting out just like me. Covering a different topic each time is particularly useful and personally I appreciated the discussions about websites and pricing. I leave each meeting with a list of actions for myself and a renewed sense of enthusiasm, which is important when starting out and there is not much work coming in. I have been signposted to resources and training courses, given marketing ideas and encouraged by the success of others. Above all, the most important thing I take from being a member of the group is having colleagues who understand and know what this job is like.

Having a group in Liverpool is extremely handy for me as I’m local. There is usually a specific topic that we concentrate on for each meeting, which allows for an in-depth discussion, and because the mix of people ranges from seasoned editors to total beginners, the conversations manage to cover all the angles!

I am still at the very early stages of developing my business and every time I go to the meet-ups I feel encouraged to keep plugging away and know that I’m not alone in the field.

Even having only attended one meeting so far, I’m confident that it’s a very useful resource. The group itself is an excellent forum for sharing and developing professional skills and resources, from qualifications and industry developments to tips on how to set and negotiate rates and fees. Being relatively new to the world of editing and proofreading, it was quite beneficial to meet such a variety of people in varying positions in the field and realise how much commonality and overlap there is. The Liverpool group is already excellent for networking and cooperation, and as it grows, the opportunities can only become more fruitful and interesting. In future, considering how important clear and distinct communication is in all media, especially written, anything the SfEP can do to promote the industry and develop the people in it is in the best interest of all parties.

After I left my job in education I searched the internet for information about freelance proofreading, as I thought this would fit in with what I wanted to do. I found the SfEP and was pleased to find that the local group was nearby. At that time I was attending business courses in Liverpool to learn about being a sole trader, but, not meeting any other proofreaders there, I looked forward to the first SfEP meeting. Forums and blogs seemed to be full of warnings about how long it takes to get established as a freelancer, but I didn’t want that to put me off, so it was really important to talk to some proofreaders face to face.

I set off with some trepidation, worried that I might be seen as an imposter, but I quickly felt reassured as I was welcomed into the group. Everyone was very generous about sharing their knowledge and experiences, and I came away feeling positive about my new venture.

I have been to three meetings now and at each one there have been new additions to the group, some of them people like me who are just starting out. There is always a lot to learn and to take away from the afternoon, especially, at this stage of my career, the encouragement from talking to other proofreaders.

The SfEP local meeting has been a really useful and enjoyable event for me. The discussions we’ve had so far have been relevant and beneficial.

It has been better than expected, and I’m definitely going to make time to go to as many meetings as possible. Getting to know other local editors has been great from a social point of view. The meet-up is easy for me to get to, and I look forward to it each time, from a social and work point of view.

I hope to keep sharing knowledge as it’s always interesting and useful to see how other people approach their work.

I have found my local SfEP group meetings to be invaluable. It is so nice to be able to pick other people’s brains about freelance or editorial matters, no matter how big or small. The group is very friendly, welcoming and informative, and I always come away feeling motivated and a little more knowledgeable! 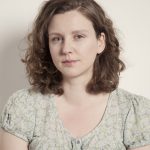 Sally Moss has been a freelance editor and copywriter since 2008. She works for a range of clients, including academics, businesses and third sector organisations. She recently expanded her services to include research and social media delivery, and she is always keen to take on innovative projects, especially any connected to cultural shift for sustainability and social justice.