What are modifiers, and where should they be placed in a sentence? Cathy Tingle investigates. 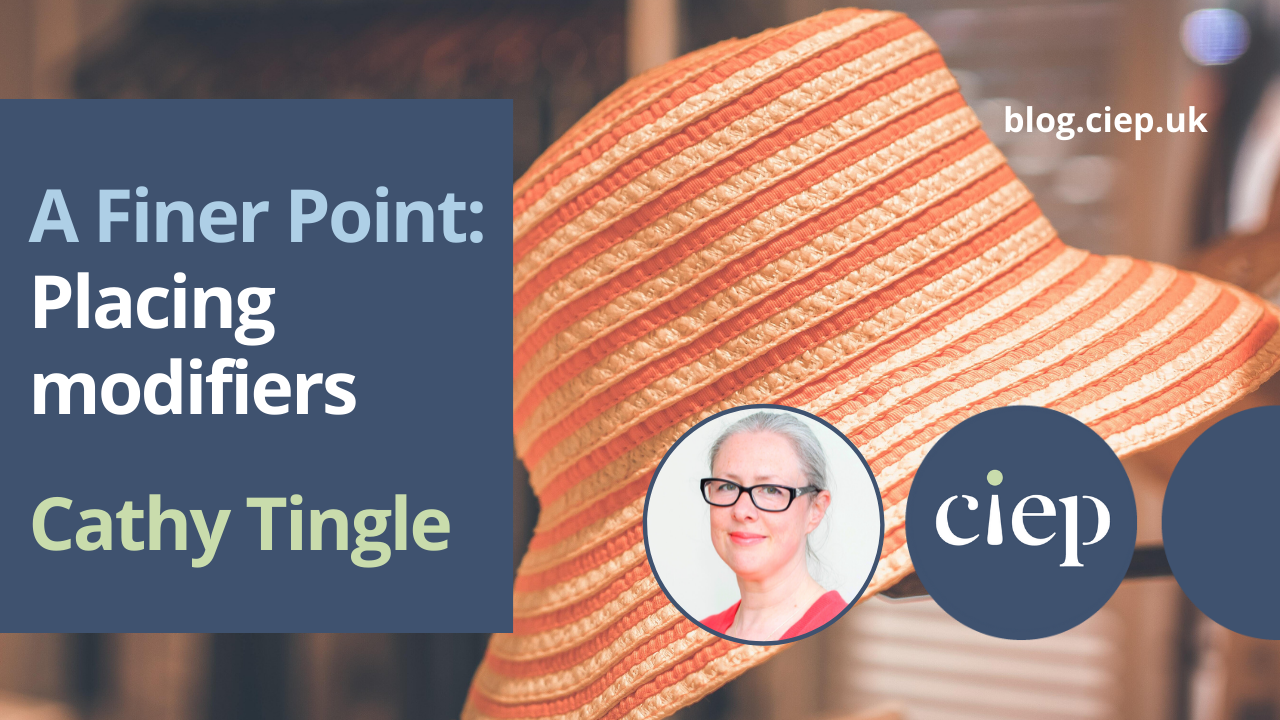 One of the best ways to get a learning point to stick in your memory, I’ve found, is for it to feature in feedback from someone you respect – a peer or a tutor. It’s something about the combination of ‘Oh no, this person I respect thinks I’m doing this wrong’, ‘Oh no, I’ve been doing this wrong for ages, which means everyone must have noticed it’ and, if it’s feedback from a course you’re taking, ‘Oh no, this thing that I’ve been doing wrong has caused me to almost fail this assignment’. Mortifying, and therefore memorable. Something that has never left me from the CIEP’s Copyediting 2: Headway course is my tutor’s suggestion that I ‘struggled’ with ‘the placement of modifiers’ and this had lost me marks. She was right; in fact, I had paid virtually no heed to the placement of modifiers. What could have caused them to fall off my radar?

What is a modifier? Ask the kids.

In Making Sense, David Crystal introduces the principles of grammar through his observations of Susie, his young daughter, as she learned to talk. At the point at which Susie starts to apply adjectives to nouns (‘a silly hat’), Crystal remarks that she’s learned ‘that some words can be subordinate to other words, sharpening their meaning – making it more particular. Grammarians talk about one word modifying another or qualifying another’.

I find ‘modifier’ a useful term because you don’t need to specify if it’s an adjective, an adverb or anything else, like a participle. It can be a word, or, like most dangling modifiers, it can be a phrase. The important thing is that a modifier modifies: it ‘gives information about’ something else in a sentence.

My theory is that as we use modifiers in new ways, on social media and in other informal settings, or when chatting, we can become less strict about them. ‘What even is that?’ is a sentence my son has used since he was small. The adverb, ‘even’, applied to the ‘is’, is meant to express incredulity or surprise, it isn’t misplaced, and it adds an emphasis the speaker obviously feels is necessary. But it’s not the way I would have spoken as a child.

What can go wrong with modifiers?

So, when are modifiers wrongly placed? When either of the following happens. 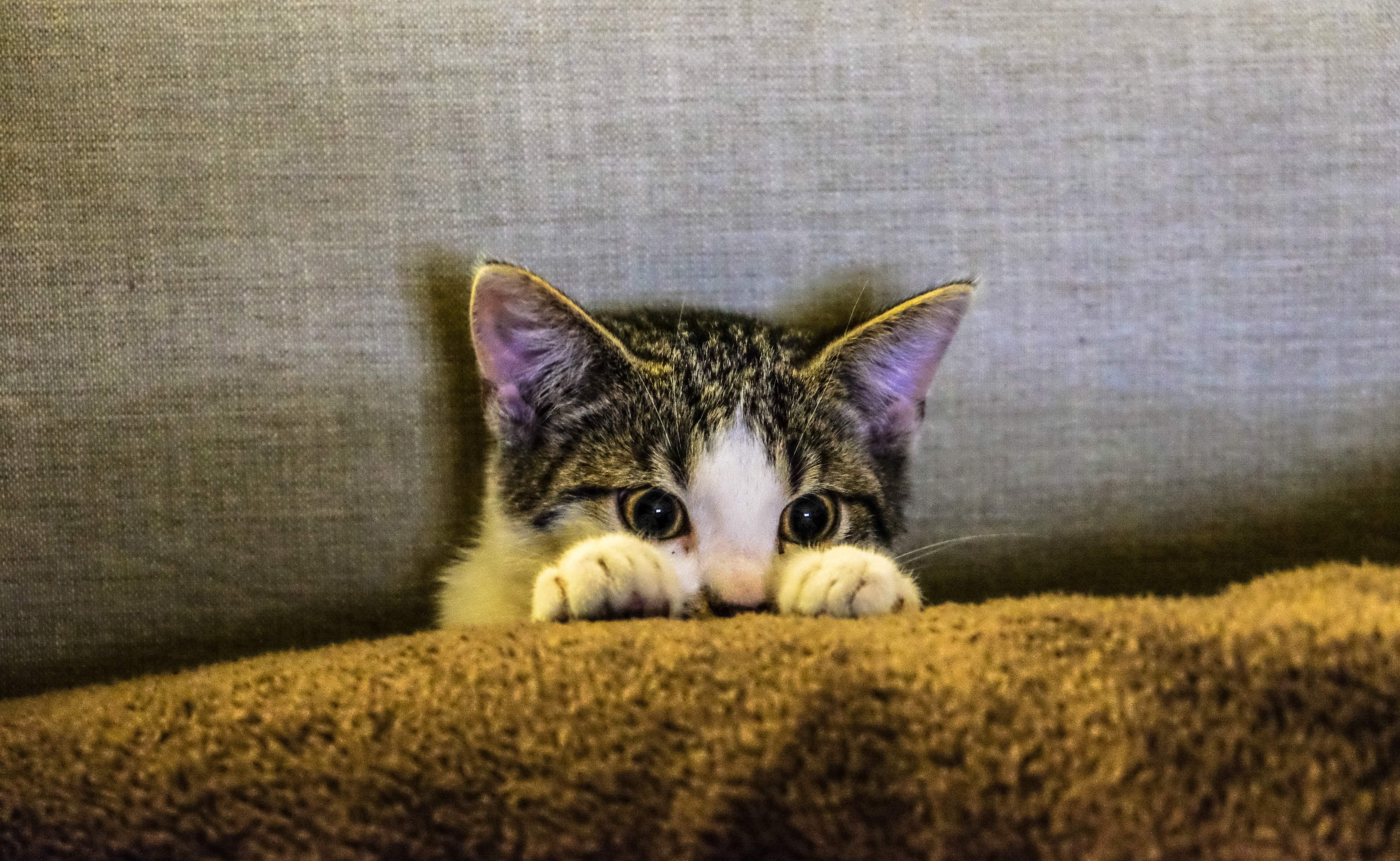 As with much of the work we do, then, clarity is what counts. Which other modifiers should we look out for when editing or proofreading? I’d recommend taking notice of ‘all’, which I often misplace when writing. But the one that many grammar and language books mention is ‘only’. As Benjamin Dreyer puts it: ‘a loosely placed “only” can distort the meaning of a sentence entirely’. Amy Einsohn and Marilyn Schwartz, in The Copyeditor’s Handbook, advise that the rule is ‘to place the only directly before the noun, adjective, or verb it is to modify’ and they give a good example of the different meanings its placement can give:

Only CanDo Company works to serve the interests of its client.

CanDo Company works only to serve the interests of its client.

CanDo Company works to serve the interests of its only client.

These days, ‘only’ tends to be the modifier that sets off my copyeditor’s radar. But is this always necessary? Einsohn and Schwartz say that ‘language experts agree that the rule may yield to idiomatic expression’. Dreyer notes that ‘normal human beings front-load the word “only” at the beginning of a sentence’, as in ‘If you only see one movie this year …’. And Oliver Kamm cites musical cinema to suggest that ‘only’ should be placed according to the rhythm of the sentence: ‘The jazz song “I Only Have Eyes for You” … doesn’t imply that the other organs are uncaring.’ Merriam-Webster sums it up:

After 200 years of preachment the following observations may be made: the position of only in standard spoken English is not fixed, since ambiguity is avoided through sentence stress; in casual prose that keeps close to the rhythms of speech only is often placed where it would be in speech; and in edited and more formal prose only tends to be placed immediately before the word or words it modifies.

‘Hopefully’ is one of those words that some people very much dislike being placed at the beginning of a sentence (although I put it there all the time, I don’t know about you). Bill Bryson explains the problem:

Most of those who object to hopefully in its looser sense do so on the argument that it is a misused modal auxiliary – that is to say, that it fails to modify the elements it should. Take the sentence ‘Hopefully the sun will come out soon’. As constructed that sentence suggests (at least to a literal-minded person) that it is the sun whose manner is hopeful, not yours or mine. 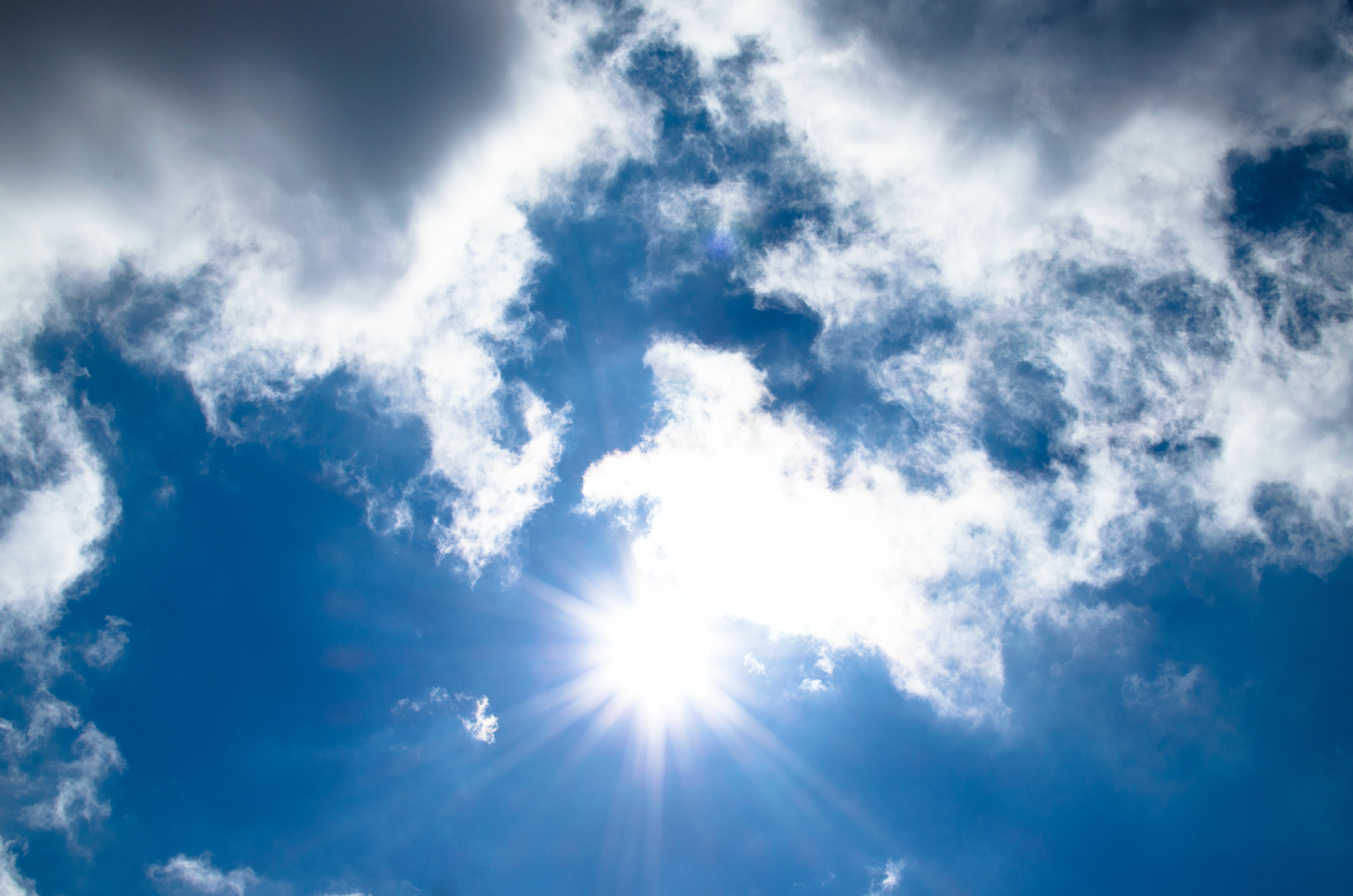 So it’s a form of, what, dangling modifier, missing a subject? To be more precise, according to Dreyer it is a ‘disjunct adverb’ as it modifies ‘not any particular action in the sentence … but the overall mood of the speaker of the sentence’. ‘Hopefully’ is not the only disjunct adverb: ‘thankfully’ and ‘admittedly’ are examples of others. But, as Fowler’s puts it: ‘It is hard to think of another word which has provoked such revulsion and condemnation.’ Dreyer adds: ‘I’m not sure how “hopefully”, among all other disjunct usages, got singled out for abuse, but it’s unfair and ought not to be borne.’

In the end, it comes down to the reader, as it pretty much always does. Fowler’s concludes its introduction to the various uses of ‘hopefully’ with:

Among whatever audience you are writing for, there are bound to be people who detest this word, as opposed to the majority, who will probably pass over it without comment. You might therefore wish to consider how important the opinion of the detesters is.

Hopefully we ourselves are nearing a conclusion. If the placing of the modifier in a sentence isn’t causing any sort of ambiguity, consider your reader. If they are traditionalists (or tutors) be sure to place your modifier directly before the element it is modifying, and don’t use ‘hopefully’ in the sense of ‘it is hoped that’. But if not, you could perhaps leave things as they are. Just don’t let modifiers fall off your radar completely.

Merriam-Webster. Placement of Only in a Sentence: Usage guide. merriam-webster.com/dictionary/only#usage-2

Cathy Tingle, an Advanced Professional Member of the CIEP, is a copyeditor, tutor and CIEP information team member.

Photo credits: hat by Artem Beliaikin, kitten by Francesco Ungaro, sunshine by Lukas, all on Pexels.