The other day, I was discussing the concept of bullet points with my six-year-old daughter.

‘Part of my job involves checking the punctuation of bullet lists,’ I told her.

She looked at me pityingly. ‘Sad job,’ she said.

She had a point of course. But, on the other hand, a commitment to consistency and clarity can in fact make for a very happy job, especially when you find others who feel the same way. And they’re certainly out there, especially online. Follow any thread on The Editors’ Association of Earth Facebook group, for example, and you’ll find eloquent international specialists eager to share their knowledge, united by their passion for the English language. 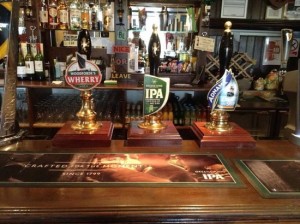 Here’s another scenario. A group of professionals listens as a potential client describes her requirements for contractors. She explains the type of work she offers, the skills she’s looking for and the rates of pay on offer. Does her audience size each other up, ready to betray their competitors’ weaknesses, Apprentice-style, with a clever put-down or underhanded action?

Of course not. This is a group of editors and proofreaders, and, perhaps because we’re used to working alone, we find our strength in numbers.

The professionals in question were the Norfolk SfEP (now CIEP) group on a tour of a local typesetter. In the pub afterwards (what better excuse for a rare business lunch?), veterans of the battle for clear prose offered advice to nervous newbies, and we all openly discussed what we thought of the rates on offer. They were on the low side – acceptable to those looking for a route into editorial work but less attractive to those with a larger network of contacts. There was no sense of rivalry; some of us were simply keener to work for the typesetter than others. Talk moved on to more typical pub chat – weddings, construction and the City of London Corporation.

I don’t get to local meetings as often as I’d like but, when I do, I’m always welcomed warmly and come home brimming with inspiration and motivation. The Norfolk group (or chapter, as I like to call it) is one of the local CIEP groups throughout the United Kingdom that give editors and proofreaders a welcome opportunity to discuss sentence structure, spelling and standing desks with others who care about such things. CIEP members further afield can join the Cloud Club – there’s no reason to feel isolated even if you normally work by yourself.

The perils of going it alone

Here’s a third example, which I hope isn’t typical. I was telling a designer at a networking event about my strong editorial community – the friendly conferences, the funny Twitter chats, the engaging Facebook posts. He stared at me in amazement. ‘I don’t speak to other designers,’ he said. ‘They’d only steal my clients.’

‘So you always work in isolation?’

‘Yes,’ he said, ‘It’s the price you have to pay for being a freelance designer.’ 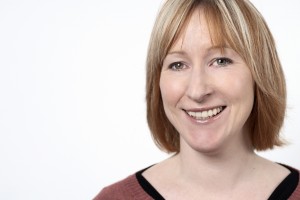 Julia Sandford-Cooke of WordFire Communications (www.wordfire.co.uk) has more than 15 years’ experience of publishing and marketing. When she’s not hanging out with other editors (virtually or otherwise), she authors and edits textbooks, writes digital copy, proofreads anything that’s put in front of her, spends too much time on Twitter (@JuliaWordFire) and posts short book reviews on her blog, Ju’s Reviews.

4 thoughts on “Supporting sentences and each other”