In this post, which moves from Hollywood film stars to the hairdressers and Dutch language textbooks, Julia Sandford-Cooke explores how learning a new language helped her to reflect on her professional skills. 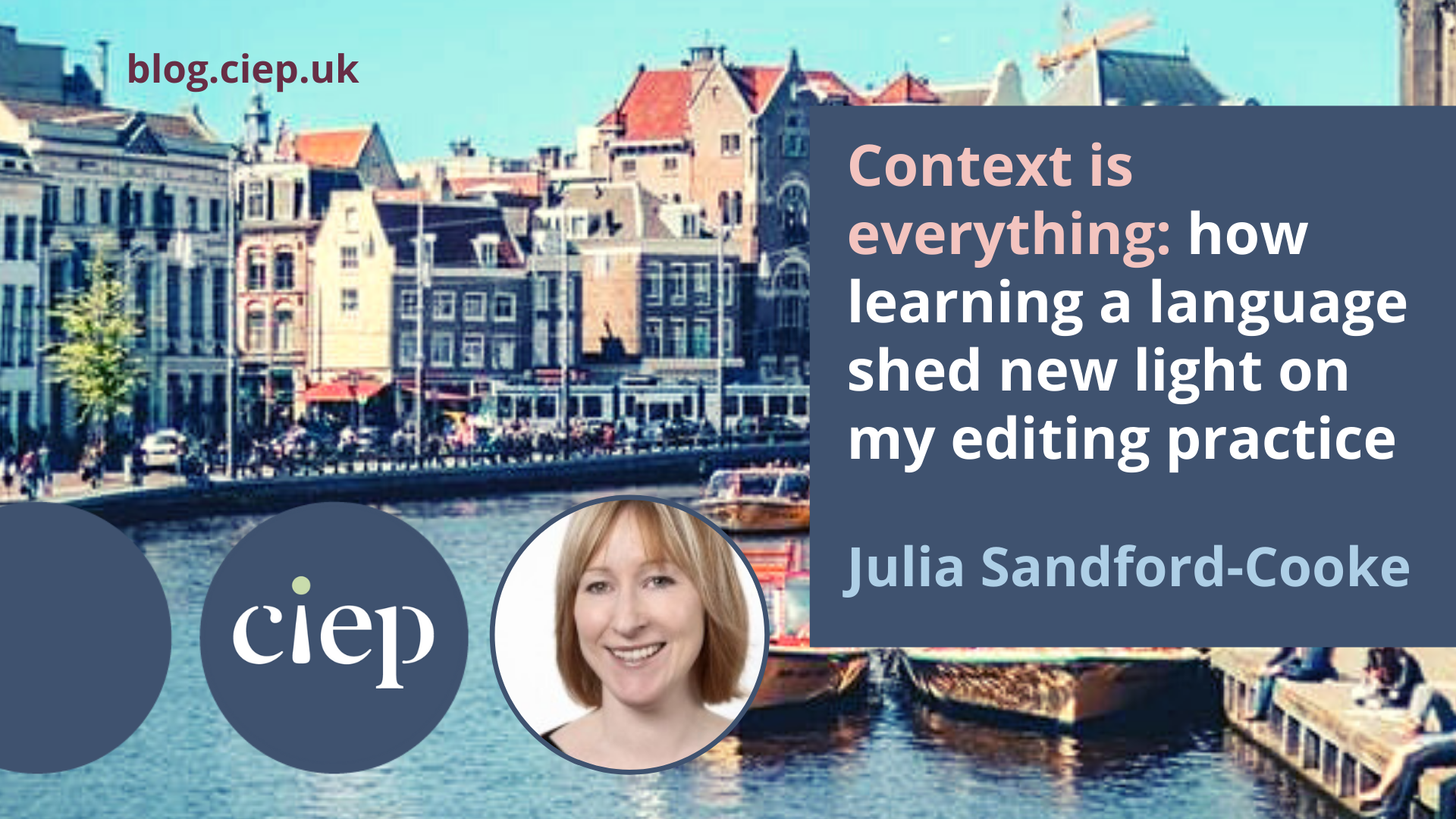 I often think about Antonio Banderas. Well, not the Spanish actor specifically, but rather his character in the 1999 film, The 13th Warrior. He plays Ahmad, an Arabic-speaking scholar improbably taken prisoner by Norse warriors whose chief interests are picking fights and gossiping around the campfire. In a famous (and possibly unintentionally hilarious) sequence, Ahmad quietly observes their chatter. It is initially unintelligible (the actors are apparently speaking modern Norwegian) but, as time passes, English words creep in, indicating his growing understanding, until he’s suddenly able to insult their mothers with astounding fluency and a confident grasp of complex grammar. Subsequent dialogue is in English, which now represents what we understand to be the language of the Norsemen.

These days, the movie is remembered almost as much for this scene as for being one of Hollywood’s biggest financial failures, allegedly making a $130 million loss. It’s a clever and memorable cinematic concept but, in my experience, not a very realistic way of learning a foreign language.

I sit in the hairdressing salon, my face as fixed in concentration as Ahmad’s, while the stylists and customers chat in rapid Dutch. After just over a year in the Netherlands, I, like him, would love to decode the juicy gossip around me but merely listening to a new language will not miraculously make me fluent in it. I can make out the odd word but it certainly doesn’t pop out as English (well, apart from ‘Netflix’ and ‘weekend’). Instead, it just sounds vaguely familiar and by the time I’ve looked it up in my mental dictionary (‘“makkelijk” … I know that one … “Difficult”? No … “Important”? No … ah, I have it! “Easy!”’) the conversation has moved on and I still have no idea what they’re talking about. And as for speaking to them – well, I won’t be insulting their mothers any time soon or, more likely, complimenting them on such a flattering cut ‘n’ colour. But it’s my ultimate objective to be able to take part in their conversations.

It’s all about confidence

Antonio Banderas’ first language is, of course, Spanish, so it’s somewhat ironic that his character hears familiar words as English. My Amsterdam friends whose first language is Spanish all learned English at school and now speak it fluently and rapidly. If they forget the odd word, it doesn’t matter – they just keep on talking and we understand them just fine.

Significantly, they’re also much more likely than the first-language English speakers I know to have focused on learning and speaking Dutch since moving here. Yes, it is true that everyone can speak English here so there is an argument that it’s not worth the hassle, but personally, I feel that if you want to integrate in a country, you should at least make an effort to learn its language. In any case, I’ve found that just because they can speak English doesn’t mean they will, which is fair enough, I suppose. And it’s also pretty useful to understand what you’re being told in emergency situations, or on public transport.

Perhaps the habit of learning languages is more ingrained in those who do not speak English as their first language. It’s pretty common for these immigrants – both adults and children – to switch between three or four languages. Much of it is about confidence – going out onto the unforgiving streets knowing you’ll make mistakes and trying not to care.

My personal lack of confidence is mixed with an equally unhelpful stubborn pride. I insist on conducting business in bad Dutch in shops and cafés and while having my COVID-19 vaccination, even if waiters insist they don’t understand my slight mispronunciations or I get jabbed in the arm I sleep on. And then I go home and cringe at the fool I’ve made of myself. Speaking isn’t even my forte in English so it’s no wonder I struggle so much in Dutch. It’s some consolation that my Spanish-and-English-speaking friends admit that learning Dutch as an adult is hard because our confidence drops as we get older and we’re more aware of the implications of getting it wrong. 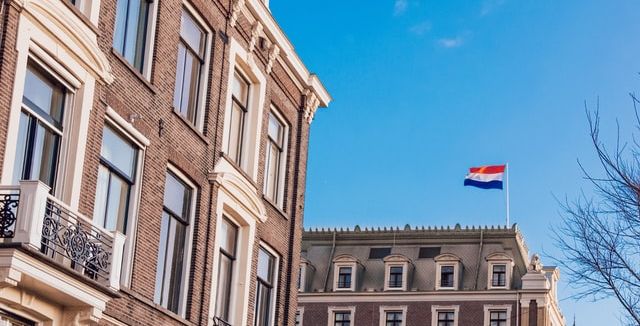 So how do these experiences affect my editing practice?

Learning Dutch has made me look at my work from several new perspectives.

It’s humbling to start from scratch. There’s so much I don’t know and I have to work very hard to know it. I’ve been in the conscious incompetent stage of learning for quite a while now. It simply isn’t easy, whatever Ahmad might think. I hope this awareness makes me more empathetic with writers and other people I interact with professionally. And of course, this doesn’t just apply to learning a language – it applies to learning any skill.

At the same time, it reminds me that I’ve been through the editorial wilderness and emerged, after more than 20 years, with a huge experience and solid skills that clients value. It’s taken a lot of work and effort to get here but it has been worthwhile. I can prove to myself that persistence pays off.

Editing is an intellectually stimulating profession. Learning a language before and after work often feels like yet another way to tire my brain. But it also exercises slightly different aspects of my mind, and just watching Netflix of an evening feels less and less of a constructive way to spend my time.

Brushing up on my grammar.

I have to admit that it draws attention to my tenuous grasp of grammatical theory. The argument that ‘children can learn a language without trying and therefore so can you’ just doesn’t fly. I have to consciously decode the word order following a coordinating conjunction or the effect of an inactive word form. My middle-aged mind has to consciously think ‘Ah, that’s a modal verb, which sends the second verb to the end of the clause as an infinitive’. That’s not a thought the average toddler has.

Anyone who has edited the writing of those for whom English is an additional language will have noticed particular mistakes relating to the authors’ translations of their thoughts into English. There are plenty of examples from Dutch speakers but recently I passed a woman trying to explain to someone that he could get the item he wanted from the ‘warehouse’ down the road. She meant department store – warenhuis in Dutch. It is illuminating to realise why certain errors occur.

I’m a textbook editor but I rarely open my Dutch textbook, other than to check the grammar rules. Interaction is key (whatever Ahmad might think). Purists may sniff at the gamification of language learning in apps such as Duolingo and Babbel but actually, I find their bite-sized, repetitive and memorable methods convenient and engaging. I currently have a 467-day streak in Duolingo, meaning I’ve actively practised my Dutch on the app every day for about 15 months. But I combine it with watching (or trying to watch) Dutch movies, listening to Dutch music (Dutch rhymes in a very satisfying way) and having fairly regular face-to-face Zoom lessons. Julie, my lovely tutor on iTalki , is endlessly cheerful and patient, even when I’m clearly speaking complete nonsense. And, of course, there’s no substitute for immersing myself in everyday situations like, for example, going to the hairdresser. All of this suggests that those who produce learning materials should think holistically – no single method is enough – and, of course, no student approaches learning in the same way.

So I often think of Spanish-speaking Antonio Banderas as an Arabic-speaking scholar listening to Norwegian-speaking actors speaking English to represent speaking Norse. Learning a new language is hard. But one day I too will be able to decode the gossip and maybe even join in – without cursing anyone’s mothers. Not intentionally, anyway.

Julia Sandford-Cooke of WordFire Communications has spent more than 20 years in publishing and just over one year in Amsterdam. When she’s not speaking bad Dutch, she writes and edits textbooks, proofreads anything that’s put in front of her and posts short, often grumpy, book reviews on her blog, Ju’s Reviews.