Romance novels get a bad rap sometimes. They are often viewed as being less deserving of praise – and more deserving of being classed a ‘guilty pleasure’ – than literary fiction or other genres such as crime or science fiction. But I’m an unabashed lover of romance novels and not in the least bit guilty about it. And that love spills over into my professional life, where it’s one of my specialist fields as a fiction editor. 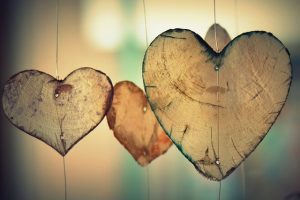 Editing romantic fiction is, in many ways, like editing any book. It’s just as worthy an endeavour as editing literary fiction, and romance novels are just as deserving of good editing as any other book (and believe me, romance readers have extremely high expectations and standards and can be vociferous when something doesn’t meet with their approval). You have the same concerns about consistency, correctness, clarity, and all the other Cs to look out for. But romance novels also have their own set of quirks and genre expectations.

What makes a romance novel?

A romance novel – as a piece of genre fiction – must have a happy ending to be classed as such (or, as the Romance Writers of America put it, an “emotionally satisfying and optimistic ending”). Tales of woe where the protagonist dies of some dreadful disease and his soulmate is unable to go on and leaps off a cliff are not romance novels. They may be novels with romantic elements, but they are not, strictly speaking, romance novels. And advertised as such, they can create a quite surprising level of anger and annoyance from readers who have sat down to enjoy a feel-good romance and have been left bereft and confused.

Most romance novels are character-driven as opposed to plot-driven. That means that characters’ interactions with each other and their journey and development are the primary focus of the novel. Compare this with adventure novels, which are usually plot-driven; while there may be elements of character development, the main focus is the twists and turns of the storyline. Romance novels are sometimes criticised for their lack of imagination or formulaic storylines, but the relationships between characters are the real heart of the story. 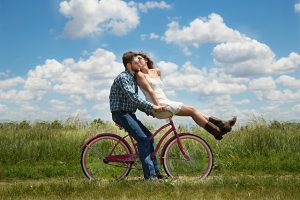 The big picture: characters and their development

When editing a character-driven story, it’s vital to focus on the believability of the characters and their development. If you’re coming in at a developmental or evaluation stage as opposed to a later copy-editing/proofreading stage, this is where you need to focus your efforts. Are the characters likeable? Are their flaws believable and not too drastic? For example, a bad boy who comes to the defence of the protagonist in a bar fight is fine, but one who beats up the protagonist or cheats on her time and time again? Not fine, and readers will swiftly put the book down, never to return. Is their romance believable? A writer can get away with stretching the boundaries of believability slightly, but readers will be turned off by something that is so far outside the realms of possibility it becomes ridiculous.

What’s the conflict and is it strong enough? Conflict is what drives a novel. Two people meeting and falling in love, with no barrier or obstacles, is not a story. There needs to be something stopping them being together which drives their actions, such as a jealous ex-boyfriend, a protagonist who has vowed never to fall in love again, or the time-honoured favourite of romance novels – the secret baby. When you’re editing a romance novel at a more conceptual stage, these are the big questions you need to ask and examine.

When you reach the copy-editing stage, I’d recommend looking closely at dialogue. Dialogue is super important in romance novels. Sometimes there isn’t a great deal of action going on, so it’s imperative that the dialogue is sparkling enough to carry the story and keep readers’ attention. Romance also suffers from some slightly odd dialogue tags sometimes, and you’ll face a balancing act of changing the most egregious ones (people ‘grinding out’ sentences, perhaps) and leaving some of the others. At times, romance novels almost have their own language, and it’s worth familiarising yourself with it before making sweeping changes. At all times, make sure the dialogue is natural and that there’s enough back and forth between characters. Long soliloquies rarely work. Readers want conversations, not monologues.

Pay close attention to things like changing eye colour and hair colour. These things are usually mentioned quite regularly throughout a romance novel, and you would be amazed how many times someone’s appearance changes over the course of the book. Also, keep an eye out for things like contraception not being mentioned or considered by the characters – modern readers expect things like this to be discussed or at least referred to. Sex scenes in general often require careful editing as many authors struggle to write these – and many editors just skip over them or don’t give them the attention they deserve. Editing romance novels means you sometimes have to put your embarrassment to one side and write some quite unusual author queries from time to time! 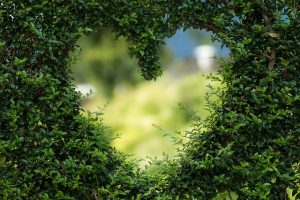 Keep careful notes of character backstory. Backstory can often be of immense importance (something the protagonist did ten years ago can come back to haunt her later, for example) and it’s important to make sure it’s consistent. Consider keeping a timeline if there’s a lot of going back and forth. That will also iron out issues such as people going to work for seven days in a row or children going to school on a Saturday.

And if you’re editing a historical romance novel, make sure your author has done their research. Historical romances can be great fun to edit, but one written without proper research can quickly turn into a time sink while you check whether words, phrases, and even concepts were commonplace at the time the book was written.

Katherine Trail is a former newspaper chief sub-editor who now specialises in fiction. She lives in Aberdeen, and when she isn’t editing she can usually be found tramping through the wilderness with her spaniel, Daisy. KT Editing Services