We asked our parliament of wise owls to tell us about their favourite phrase or saying. And because it’s nearly the end of the year, we even said it didn’t have to be related to editing. 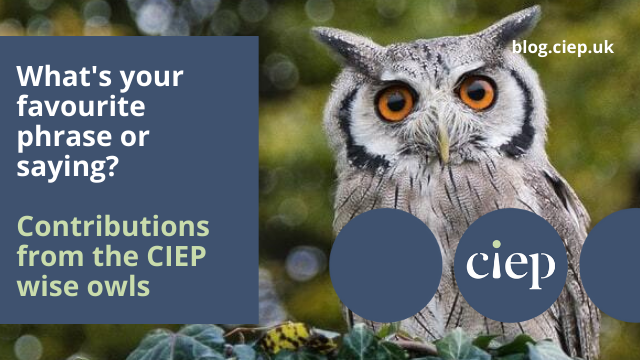 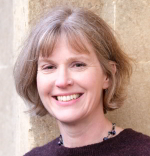 ‘I can’t think about that right now.’

The thing I seem to find myself saying most often is ‘I can’t think about that right now.’ If this sounds negative … well, it is and it isn’t. Often, I can only take in a certain amount of bad news. I want to stay informed about the world I inhabit, but at the same time I’m human and can only cope with so much. So not thinking really hard about everything (the environment! politics! people being bad to each other! the groaning to-do list!), all the time, is a necessary act of self-care. It enables me to function: to carry on without overwhelm, and get stuff done.

In my editing life, ‘I can’t think about that right now’ is less an evasion, and more a trusted approach to workflow that has served me well over the years. The way I undertake an edit is to do it in several separate passes that focus on different things. So for example, my first pass would entail styling headings and getting a sense of the overall structure and logic of a document. While I’m doing this, I might notice that there are some inconsistencies (a stray z spelling or em dash, for example), but I simply make a note and skip over them, not stopping what I am meant to be doing. I might even mutter ‘I can’t think about that right now.’ (Yes, I do talk to myself sometimes when I edit.) Not allowing myself to be sidetracked in this way saves me time and maintains my focus and accuracy. 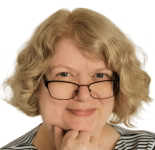 ‘It’s the way you hold your mouth.’

Mum, observing my failure to thread a needle, would declare that, ‘It’s the way you hold your mouth’. And, of course, it is. Next time you’re threading a needle, or putting on mascara, or concentrating hard, take a mental step back and check in with your mouth. Odds are your tongue is stuck out, or your lips are contorting – think of little kids learning to write and draw. Try to arrange your mouth neutrally and you’ll find the task just got harder! The phrase just means that you’re not applying yourself correctly.

I don’t remember hearing this anywhere else, though, so I’d been wondering if it was from Mum’s familect. But after a squiz on Google and, discarding those that are about speech therapy, I get nearly 300,000 hits just on the phrase as Mum used it (there are variants, naturally). One person claims it originated in the 1950s and is from the US, another that it’s Irish. Mumsnet thinks it’s from Lancashire but a fair few people on that forum say they’ve never heard it in Lancashire; but people in New Zealand know it (but don’t say which part of the world their ancestors emigrated from). Well, my family’s from what is now Greater Manchester, so it certainly showed up in pockets of north-east Cheshire and south-east Lancashire! The consensus is that it’s something old folks say. Let’s give it a new lease of life and get all generations using it because it is a simple truth, pithily conveyed. 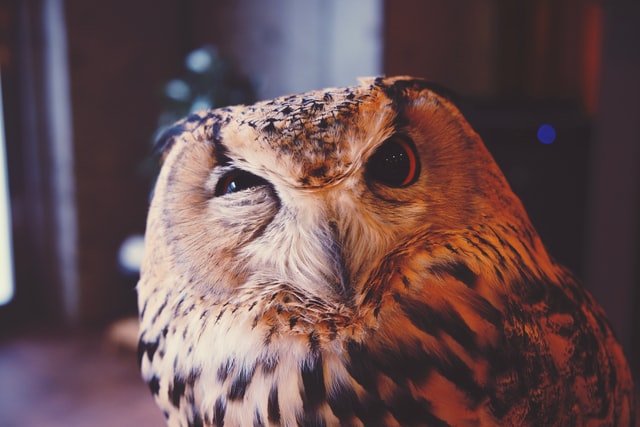 When the CIEP information team posed this question I didn’t think I had a favourite phrase or saying, then as the deadline loomed* (as they are wont to do) several candidates came along at once – just like buses.

Brand new in at number 3 is:

I heard it in the first episode of Stephen Pinker’s new series for Radio 4 (Think with Pinker). It stands for ‘Highest Paid Person’s Opinion’, and is something editors are probably very familiar with.

Holding on at number 2 is:

‘Keep on keeping on’ (aka ‘KBO’, source: Churchill)

Applies to many situations we editorial professionals face, whether it’s starting out and early training, building up a client list, or just keeping going in a long edit, or a long freelance career. I once ran a workshop at the SfEP (as was) conference based around this theme.

But still up there at number 1 is the Bard himself with:

‘To thine own self be true.’

A great motto for freelance workers: more than most, we really do have the opportunity to aim for this target. 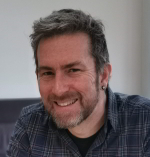 One of my favourite phrases for a work context is ‘do the needful’, which in an editorial or production setting can be useful in an email such as, ‘The author has sent me the revised manuscript, which is attached. Please do the needful.’

I first encountered this when new to publishing and working in-house for a science publisher. The old hand in the office, who was the fount of all knowledge and who I was keen to learn from, often rattled off emails containing the phrase, and to me it made instant sense: it meant ‘please do what is necessary’. It was concise and, to my mind, a polite way of asking someone to do something.

Years later, working as a freelance project manager, when I asked my in-house colleague to do the needful she questioned it and whether I was sure that’s what I meant to say. She was familiar with the phrase but had only seen it used by colleagues based in Southeast Asia. It is a common phrase in Indian English, and perhaps sounds unusual to those more used to British or American English. As many of us work with typesetters, editorial controllers and project managers in India and elsewhere in Southeast Asia, I’m sure it’s a phrase that is often encountered and which has trickled into parlance in the UK and the US and Canada too.

I love its conciseness and musicality, and I would be very pleased to see it used more widely. So you know what you have to do: spread the phrase, do the needful!

‘Life begins at the end of your comfort zone.’

I stumbled over this saying many years ago, when I was still in my 20s. It was a long time before I discovered that American author Neale Donald Walsch had coined it. Walsch is most well known for his book series Conversations with God, which I’ve never read, but where the quote comes from. I’m not religious, but this saying is a daily reminder to me to push myself forward. It’s very easy to slide into a rut, but you only get one shot at life. You’re never going to live every day like it’s your last, because life gets in the way, but I’ve had some of my best experiences when I’ve stepped out of my comfort zone. And some of my worst, but let’s not go there (that said, I learned from them). So I’ll keep stepping out of my comfort zone, because I don’t want to die full of regrets that I didn’t try this or didn’t do that because I was too lazy or timid or fearful.

Other wise owl wisdom in 2021 covered making prices public, how long editing takes and where clients find them.

Photo credits: owl by Jesse Cason; another owl by Joe Green, both on Unsplash.

4 thoughts on “Wise owls: what’s your favourite phrase or saying?”