Regarding your recent suggestion that my blog post might be improved by incorporating more active-voice sentences, your anti-passive bias is noted. Your call to action is uncalled for and, furthermore, issue is taken by me with the contention that the pace of your reading is hampered by passive sentences. 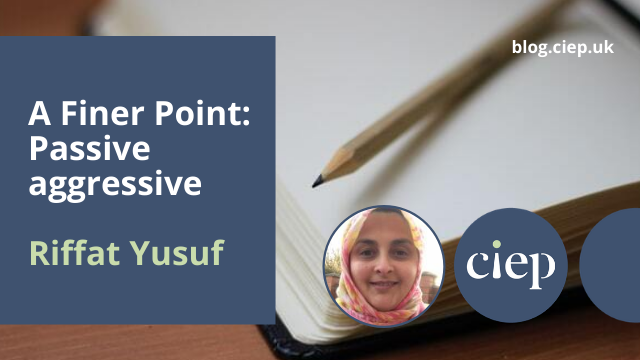 PS Plain-English guidelines are exempt from all assertions and absurdities expressed above and below this line.

When the internet eventually ditches keywords for ranking purposes (I mean, keep them but don’t make content writers sweat over their optimal placement), can somebody please tweak readability formulas? That anti-verbosity algorithm which says wordiness in a sentence starts at 20 words: it needs sorting. And as for the gizmo screening for long words (two or more syllables), does a word as long as the longest word in this sentence really encumber readability? But where my gripe is majorly piqued is when WordPress sequesters my passive voice.

In grammar, ‘voice’ tells us about the relationship between the subject and the verb in a clause. If a subject is doing, carrying out or expressing a verb, the voice of that clause is active (I play football).

When the object of an erstwhile active clause takes on the role of the subject, we say the voice is passive (football is played by me). In a passive clause, we can also remove the preposition (by) and the agent (me).

The passive voice is not a tense; it can happen in the past and the present. The passive may be described as a construction or a clause, but not a verb, as June Casagrande explains in The Joy of Syntax.

There’s no denying that some verbs are less action-oriented than others. But passive and active voice in grammar have nothing to do with kinetics. Instead, voice has to do with the structure of the sentence.

Active and passive are the two official voices of English sentence structure. A third is expleted when Flesch metrics deem that of the sentences I write (in an article about passive sentences) only 10 per cent may be expressed passively. A fourth is muttered when writing experts tell me that in almost every genre, it’s easier to read a sentence where a subject actively verbs an object.

An active voice, it is said, lends itself well to informality, spontaneity, fluidity, immediacy, intimacy and, basically, whatever fusty isn’t. Listen, active voicers, you hog most of the writing space online and, if amplification for your writing style were needed, you have an ally in George Orwell’s oft-echoed one-liner in Politics and the English Language (an essay that fails readability checks with its 20 per cent passive clause saturation). What say we hear it for the passive voice?

We can identify a passive clause by its form: subject + auxiliary (be or get) + past participle. That said, perhaps this accepted structure needs rethinking. (Geoffrey Pullum, I did that just for you.)

If you’ve read Fear and Loathing of the English Passive, you’ll know that a bare passive (‘that said’) doesn’t take an auxiliary verb, and a concealed passive (‘needs rethinking’) uses a gerund-participle; these phrases don’t align with the conventional structure, do they? So if the form of the passive voice isn’t as rigid as we have been taught, perhaps our understanding of what happens in a passive clause also needs revisiting.

I have read 23 explanations of the role played by each element in a passive clause. All the grammar bloggers concur that a passive subject is the recipient of the action of a verb. Pullum, who has unpacked considerably more of ‘the thousands of mutually plagiarizing bad descriptions of the passive construction’, finds that talking about a verb in terms of receipt and delivery isn’t always accurate. Not all passive subjects receive action in the way we might think.

If I were to say: ‘it is alleged by writers that passive sentences are clunky’, Pullum would point out that there isn’t actually any action being received by the dummy pronoun in my sentence. And again, in a passive construction such as ‘not much is known about …’, can we really say that the determiner (not much) receives the action of the verb?

When rules are excepted

There is a difference between the passive and the past simple: the phrase ‘there is’ isn’t it. No such distinction is made in this BBC style advice.

The active voice will help to give your scripts some vitality and life. It can also make a weak sentence more emphatic and give it greater impact. Compare these examples. The first is in the passive; the second active:

There were riots in several towns in Northern England last night, in which police clashed with stone-throwing youths.

The subject of an active clause doesn’t always make a good agent. The active-to-passive process requires a little more input than switching places. If you want to flip from active voice to passive, watch out for semantic inequivalence in sentences using a negative verb.

English is not spoken by many people.

That ‘rule’ about intransitive verbs not forming the passive … To a point, fair enough: ‘Jane laughs’ doesn’t invert well (‘is laughed Jane’). But as soon as she is supplied with a suitable preposition and indirect object, everybody can be laughed at by Jane. However, very few grammar blogs warn that not all transitive verbs can be passivised. They rarely highlight glitchy verbs like ‘concern’ and ‘have’.

The report concerns people I know.

People I know are concerned by the report.

You have a lovely garden.

A lovely garden is had by you. 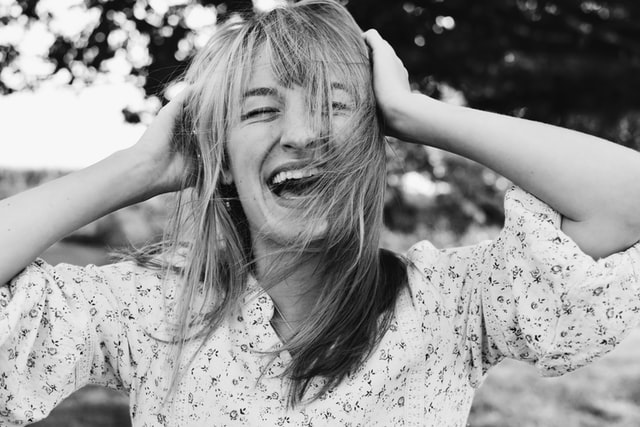 Readability, I have to come clean. My passive apologia is a temporary affectation; I was beguiled by the silver-tongued deliberations of eminent linguists. Can you blame me for wanting in on Pullum’s ‘transformational generative syntactic discussions’? If you must know, the thing I like most about the passive is the word itself – the etymologically unsound lovechild of pacifist and passionate. Culpa mostly mea for this transgression, but if you’d only met me halfway I might have parsed less (ugh, those phrase markers!) and written better.

What you really need, Readability, is to collaborate with writers. Take the time to ask what the purpose and audience of our work is. Very few of us have anything original to say online – or anywhere. That doesn’t mean we shouldn’t write, but that you could help us by delving into our motives a bit more and scoring us accordingly. Instead of marking us down with your amber and red bullets, perhaps give the reader a little pop-up: ‘This entire article is premised on a note about the passive form in Middle English that the writer chanced upon in The Cambridge Encyclopedia of the English Language.’

I think I’m onto something. What if we had dilly-dally software to flag up waffle? Imagine a prompt for word accountability: an onscreen comment or query for every instance where you didn’t write what you said you would in your intro. And let’s also develop a plugin for specious content: your research is commendable, but five non-recoupable hours yield neither space nor soul for ‘inchoative and ergative aspects’ in the body of this text. Let’s see if we can’t hatch a David Crystal-shaped macro for every time anybody writes anything.

Leave it with me for now, Readability. I can really see a future in developing a ream of text-enhancement features that AI fails to deliver. I’m not sure if I should pitch to Dragon’s Den or JSTOR, but I do know that everything will make a lot more sense after it’s been checked, clarified, modified, rephrased, refined and approved by my editor.

Photo credits: pencil on paper by Jan Kahánek; laughter by Hannah Gullixson, both on Unsplash