Editing is an overwhelmingly sedentary profession, and sitting too much doesn’t do you any good, according to a range of authorities including the NHS. If you work alone it can be difficult to motivate yourself to step away from your screen rather than edit one more page. After all, who will know if you do or you don’t? (That same argument can also be used in deciding whether to have another biscuit.) 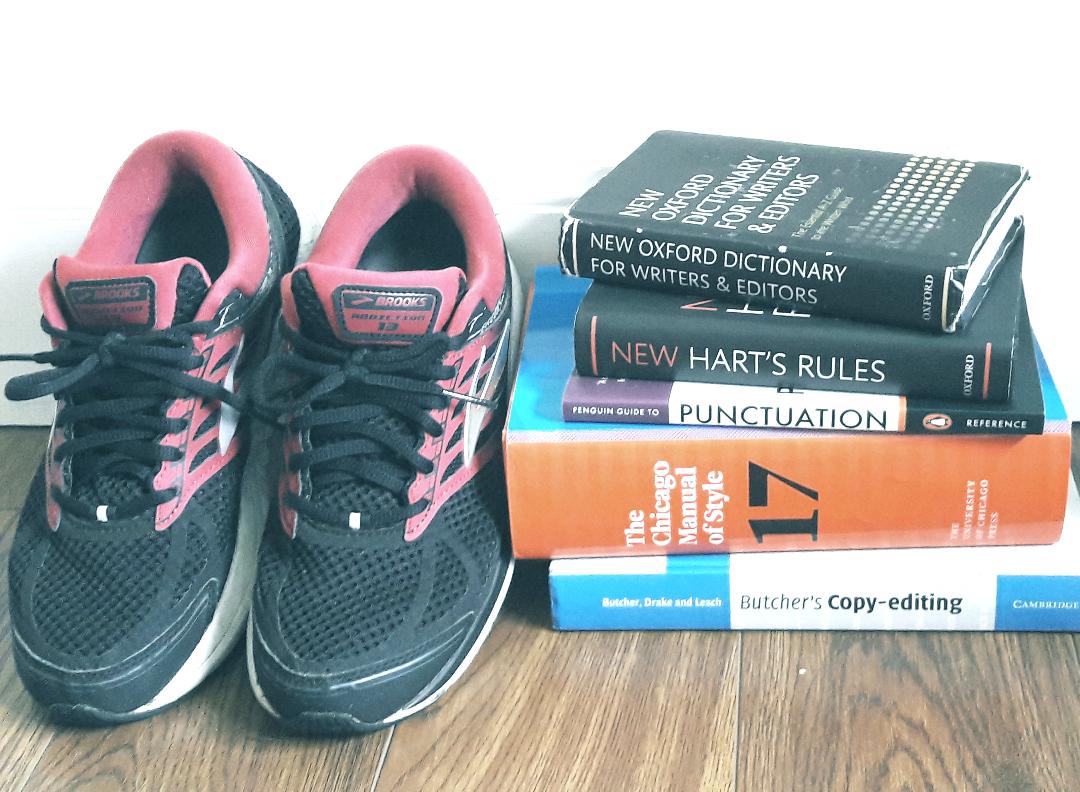 Thankfully, in May Tanya Gold came up with #StetWalk – a chance for editors to escape their desks, appreciate their outdoor surroundings, get some exercise, and take a picture and report back to the rest of the editing community on Twitter, thereby making it a brilliant accountability group.

But walking isn’t the only way to take a break from editing, or to counteract its effects. Since #StetWalk was launched, #StetCycle, #StetSwim, #StetDance and more have been enjoyed by editors. When #StetRun appeared, I approached the CIEP to discuss launching Run On, a virtual running group.

Reasons for Run On

Why would we bother launching our own group when there’s the whole #Stet thing? Well, to begin with, running can get pretty nerdy: runners like to talk kit, race times and nutrition plans that would bore the pants off everyone else. Few people post a picture of themselves running as their social media avatar because, well, it’s just not very flattering, is it? But you might share a photo in a more restricted group. And running has its highs, undoubtedly, but also its lows. Coping with a frustrating injury. Managing a long-term health issue. Falling over a kerb. These aren’t things you’d necessarily want to tell everyone on Twitter.

Since Run On launched its Facebook group in mid-June we’ve gained 26 members. Not all of them are running at the moment or post updates regularly. We have one member who ran a marathon on her birthday as a treat, and we have another member (me) who thinks 4km is a pretty long way to run all in one go, thank you very much. We chat about all sorts: dolphin-spotting on coastal routes, looking like a beetroot post-exercise, what we listen to while running. Most of all, we aim to be supportive, no matter where members are with their running. Because, as you’ll see below, every runner’s journey is different.

Running helps me get away from my desk. I love it most for its flexibility (you can run almost everywhere, at any time) and its solitude (running can be done by yourself). Come to think of it, I’m a runner and a freelance editor for the same reasons: I like being alone, and I like having flexibility in terms of schedule and location. Running also provides me with a chance to catch up on my favourite podcasts, like Grammar Girl and The Editing Podcast. It gives me an opportunity to get out of the house, get healthy and enjoy some quality alone time. At the same time, I am very motivated by the support that my edibuddies provide through groups like Run On and the #StetWalk and #StetRun hashtags. It’s wonderful to hear everyone’s stories, get advice and see photos of what everyone encounters while out on their runs! 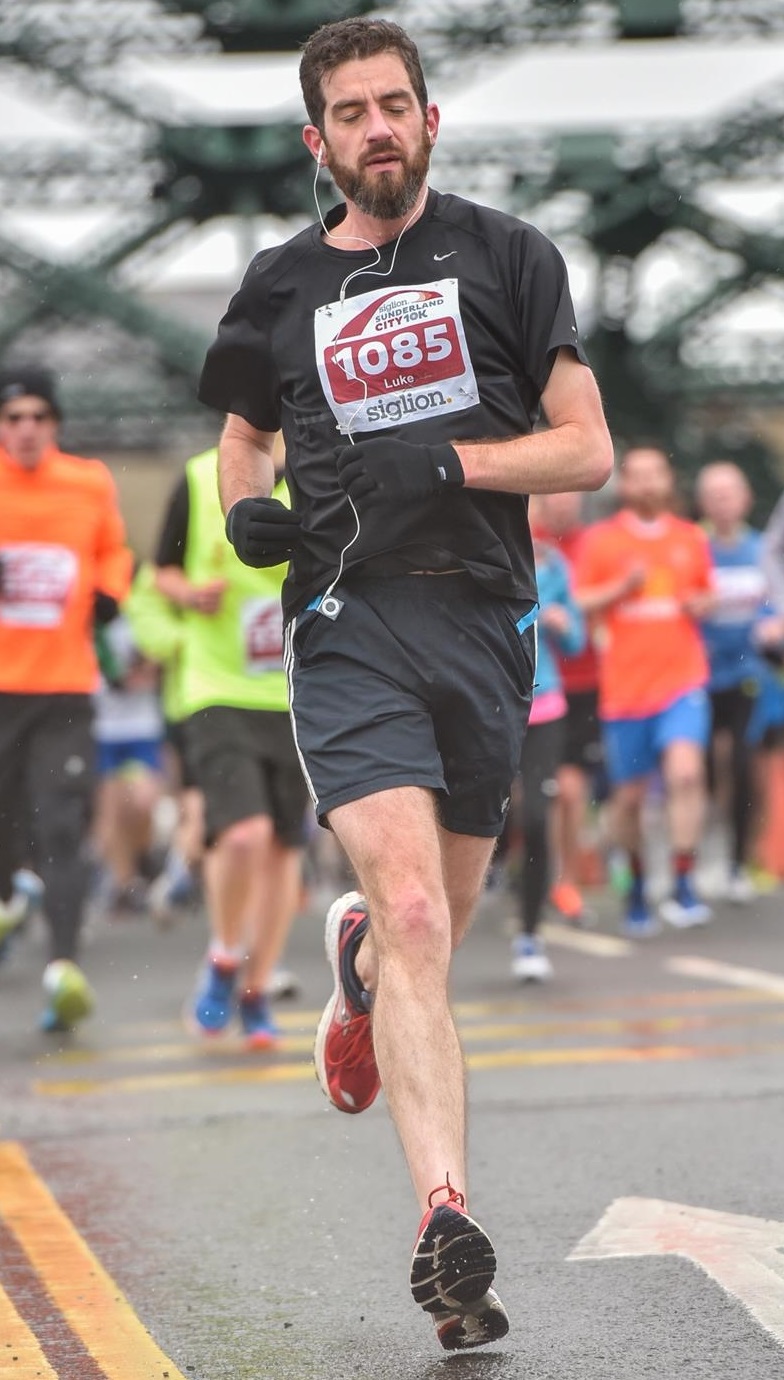 I run despite – partly because of – a chronic pain/fatigue condition called fibromyalgia (FM) which I was diagnosed with a decade ago. I’m always conscious that many people live with worse than FM. That said, though, it’s hard not to feel yourself defined by such ever-present pain. For a long time I let it keep me on the sofa, until the realisation dawned that doing nothing also hurt. My son was little then: stepping outside for a ten-minute route round the local cemetery (where I’d be less visible than on the seafront in the other direction) was the easiest form of exercise to fit in. Now, I can run a half-marathon on my best days, and I wouldn’t face the pain – or my working life – without the greater fitness level and the regular dose of endorphins and sea air (yes, I brave the seafront now!) I get from running three or four times a week. 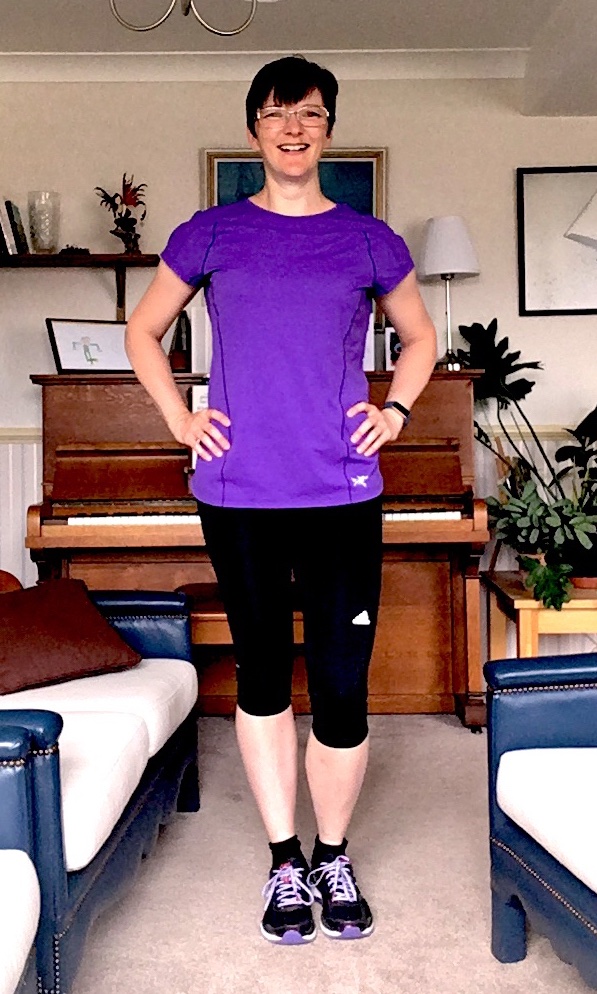 A dodgy right knee has blighted my previous running attempts, so I’ve always favoured cycling and swimming as low-impact alternatives. But these are more time-hungry, and in a busy day of editing I’m often woefully inactive. So, I decided recently to give running another try; it offers the chance to stretch my body and free my mind in compact pockets of time that can be as intensive or relaxed as I want. And I’ve found that I love it. As a running newbie I’m a hot mess (literally!) by the end of each run, but I return to work invigorated. The old knee injury has flared up, frustrating my plans to build up speed and distance, but the generous support and inspiration from members of the CIEP Run On group has kept me on track while I await a physio appointment – I can’t wait to hit the road again.

I read an article when I first started running that said, ‘Don’t run to get beach ready, make it part of your life and who you are.’ I laughed at first, never thinking of myself as a runner, so never thinking it could/would be part of who I am. But now, it’s so much a part of who I am I miss it when I have a break and, more surprisingly, my body misses it. As with my editing/writing career, I needed to stop wishing I was that person and start acting like that person.

Running is my ‘me time’ and it’s vital for keeping my head in the right place. It helps me refocus on work when it starts to send my mind fuzzy and provides the best distraction, an open road for as far as I want to go. 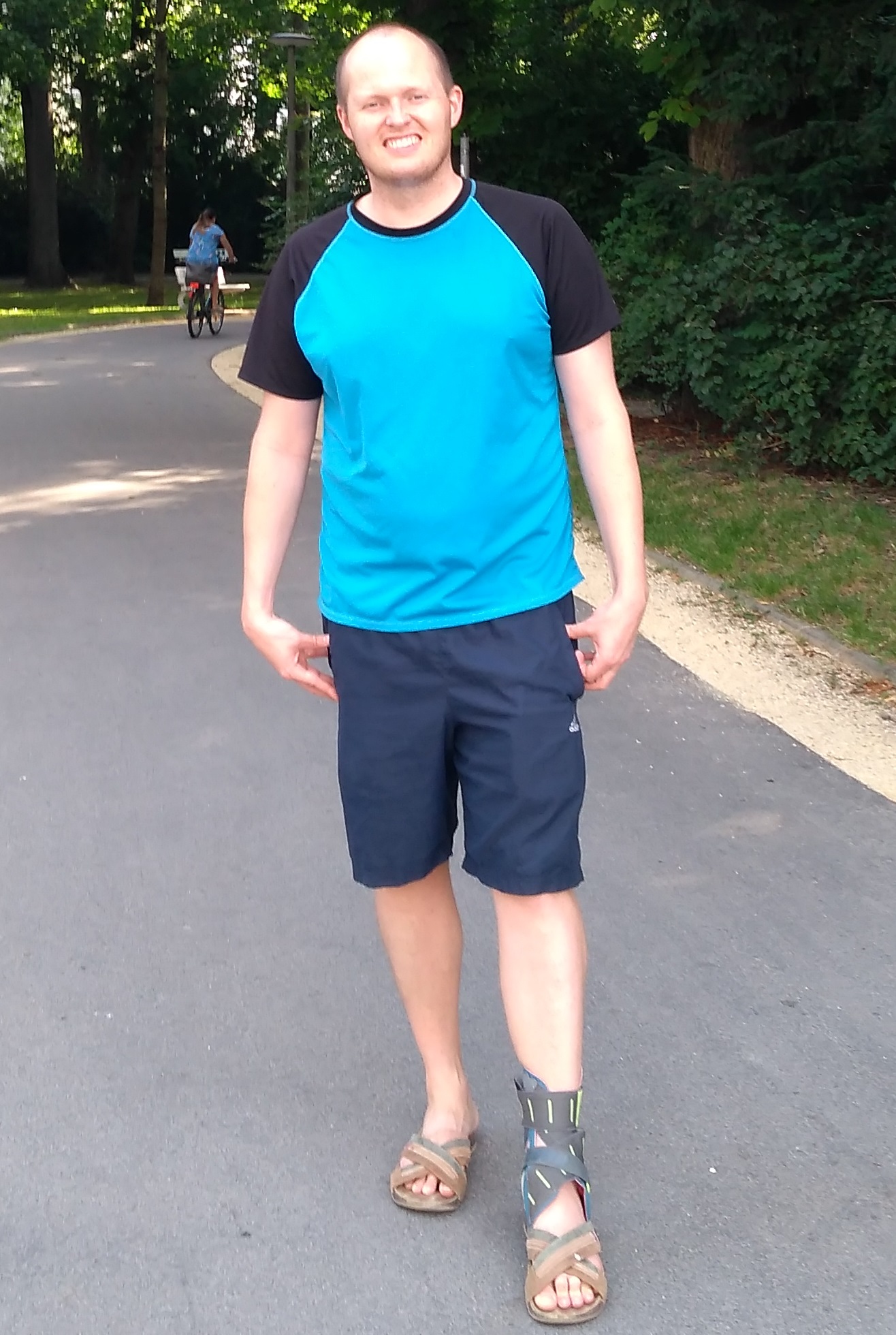 I have a ‘stop-start’ relationship with running. Right now, I’m more ‘interval’ than interval training as I recently sprained my ankle running over cobbles by the river Danube. As an editor and translator, I often spend a few months each year in parts of Europe where I used to work/have clients and friends (Germany, Croatia). Running is the perfect sport for these trips away as it is free, doesn’t need planning in advance and is a great way to see a new city. All you need is the right shoes, clothes and – the difficult part – enough motivation to get out the door. I usually sign up for a 10K or half-marathon in a different city each year to keep me focused, but don’t always make it to race day. If I do, managing to keep running all the way is more than victory enough! 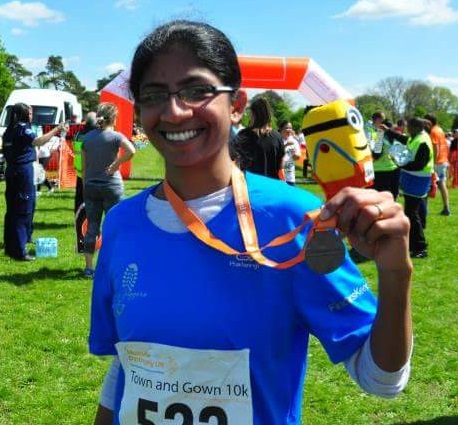 I’ve been a runner in my head all my life. I ran competitively in school, then life took over and, quite unintentionally, I turned into a serial walker and swimmer. (Besides, it isn’t easy to run for leisure/pleasure in India; worse, if female.) So, after weeks of walking past the poster of a jogging group, the first scary social thing I did in the UK was to join it!

2016. I decided to give a little back. The Oxford Town and Gown 10K was my first charity run.

2019. Two and a half years since my last run. We moved cities, had a baby, I lost my runner mates, life happened (again!) – and that I’m keeping count reminds me I miss it. Running let me pay it forward to others but, selfishly, also to my future self. It has been my go-to mender and problem-solver, for body and mind, editing or not. Easing back to work after maternity leave is still a struggle; running, even more. I jumped onto the Run On bandwagon in the hope I will be bullied (read: motivated) into my trainers soon.

Run On is open to all CIEP members who are interested in running. Find us on Facebook . Or you can join our extended community on Twitter with the #RunOnEditors hashtag. 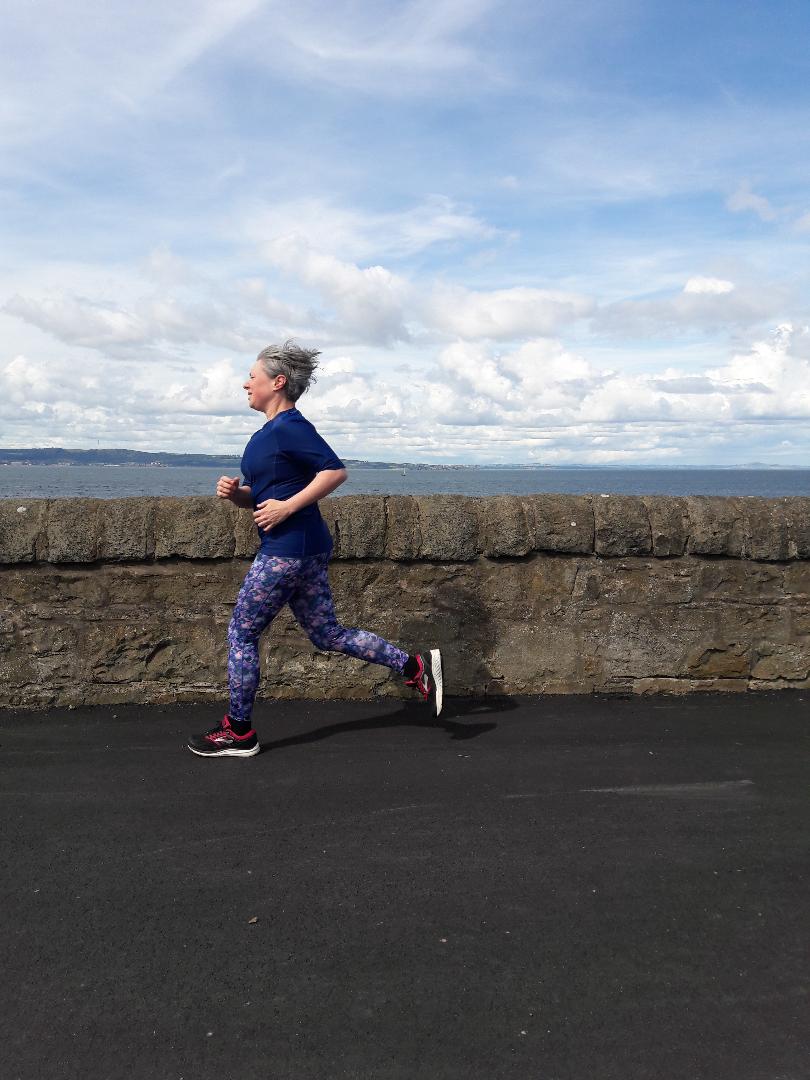 Cathy Tingle (DocEditor) is an Advanced Professional Member of the CIEP. In her glory days of running (around the turn of the millennium) she completed marathons in London and Berlin. These days she’s content with trotting to and fro along the sea wall in north Edinburgh.