Could we do without apostrophes? Cathy Tingle tries to define what’s genuinely useful about them in this updated article from the archives. 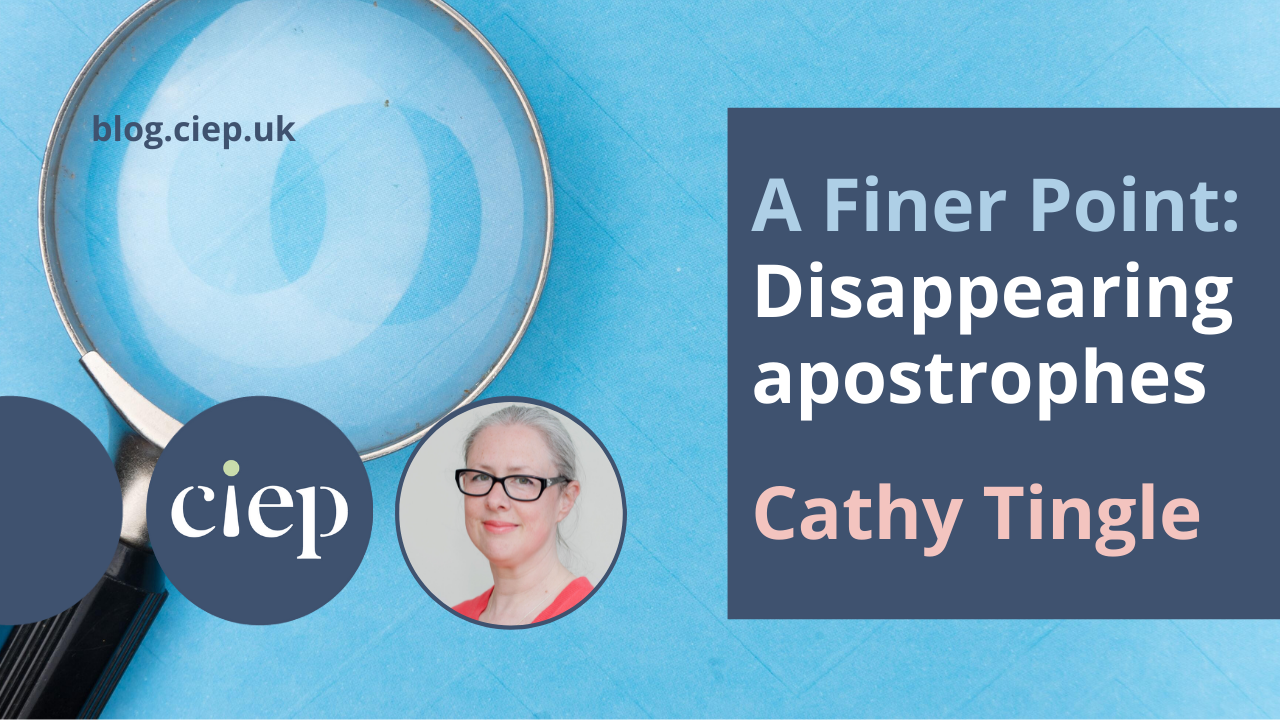 The Apostrophe Protection Society (APS) announced it was to shut down in 2019. According to its founder, the late John Richards, it had been defeated by ‘the ignorance and laziness present in modern times’. Even post-APS, though, should the apostrophe be protected, or should we let it slip away into oblivion? Linguist Rob Drummond proposed that the APS’s demise was in fact ‘a victory for common sense and freedom’. After all, we constantly use possessives and contractions when speaking: ‘If something is ambiguous in speech, we rephrase so that it isn’t. We can easily do (and routinely already do) the same in writing. If we all took this view, we would be left with just a handful of genuinely useful apostrophes.’

Aha. So a ‘genuinely useful’ apostrophe is possible. Where could we find such a thing, so as to protect it?

The writer George Bernard Shaw famously eschewed apostrophes. David Crystal, in one of two chapters devoted to apostrophes in Making a Point, quotes him:

I have written aint, dont, havnt [sic], shant, shouldnt, and wont for twenty years with perfect impunity, using the apostrophe only when its omission would suggest another word: for example, hell for he’ll.

It’s telling that GBS makes an exception for words that could confuse if their apostrophes are missing. Others that fall into this category might be Ill for I’ll; shell for she’ll; well for we’ll; cant for can’t; wont for won’t. Those last two are particularly unlikely to be mistaken in text; actually, you’d be hard-pressed to find a sentence where you genuinely can’t tell whether ‘she’ll’ or ‘shell’ is meant, either. But even if ‘Shell be coming round the mountain when she comes’ is understandable once you get a few words in, as editors we need to remember that we’re aiming to avoid even the slightest readerly confusion.

In August 2019 there was a story on the BBC website about the importance of apostrophe placement. Elizabeth Ohene reported: ‘The government has formally declared 4 August a public holiday to commemorate Founders’ Day – a celebration of those who founded the state of Ghana.’ What’s the big issue? Well, there had previously been a ‘Founder’s Day’, 21 September, instated by President Atta Mills to celebrate Kwame Nkrumah as the founder of Ghana. After Atta Mills lost the 2016 election, the new president decided that the group of people who started and led the fight for independence would instead be celebrated. Hence ‘Founders’ Day’. Not every placement of an apostrophe holds this political significance, but it is useful, and significant for those concerned, to know whether the presents under the tree are the girl’s gifts or the girls’ gifts.

James Harbeck, in an article urging us to ‘Kill the apostrophe!’, mentions another way a possessive apostrophe can be useful: ‘An apostrophe tells you that the whiskey maker is Jack Daniel, not Jack Daniels’, adding, ‘but most people get that wrong anyway.’ If Jack Daniel were still alive, though, it might matter to him that his name was rendered correctly on the bottle.

‘Apostrophes with a plural s? Never!’ you say (no doubt envisioning ‘carrot’s’ hastily written on a shop sign). Well – almost never. The only exception to this general rule is, in the words of Larry Trask, ‘the rare case in which you would need to pluralize a letter of the alphabet or some other unusual form which would become unrecognizable with a plural ending stuck on it’. Trask gives the examples of ‘Mind your p’s and q’s’ and ‘How many s’s are there in Mississippi?’, which reminds me of another example of this type, in a small book by Simon Griffin called Fucking Apostrophes: ‘How many i’s are there in Milli Vanilli?’

Anyway, back to the safety of Trask. He continues, ‘Note that I have italicized these odd forms; this is a very good practice if you can produce italics.’ New Hart’s Rules, in fact, gives an option of dropping the apostrophe in favour of the italics in such instances, which is rather clever, isn’t it, although it wouldn’t work with handwriting. Hart’s also gives an alternative suggestion: of using quotation marks rather than an apostrophe to separate the letter from the s:

So that’s an area where apostrophes could be dropped. However, here we’re dealing with maybes. As Trask writes, although it’s ‘the most troublesome punctuation mark in English, and perhaps also the least useful … unfortunately the apostrophe has not been abolished yet … I’m afraid, therefore, that, if you find apostrophes difficult, you will just have to grit your teeth and get down to work.’

As ever, after having a bit of a grouch Trask goes on to offer some good, solid advice, particularly about the basics of apostrophe use. But it’s in Hart’s (from p. 70) that we find the real treasure trove, covering how to use apostrophes in all sorts of odd cases – including double possessives (‘a photo of Mary’s’), linked nouns, residences and places of businesses (‘going to the doctor’s’), and names ending in s (although note that the Chicago Manual of Style 17 [7.17–7.19] is different here, recommending ’s after every name – yes, even in Euripides’s: ‘though when these forms are spoken, the additional s is generally not pronounced’).

There is one area where Hart’s throws up its hands: ‘It is impossible to predict with any certainty whether a place or organizational name ending in s requires an apostrophe.’ No kidding. In St Albans (no apostrophe) is the Cathedral and Abbey Church of St Alban, which, being ‘of St Alban’, is … St Albans Cathedral (also no apostrophe – eh?).

Waterstone’s rebranded in 2012, and in the process dropped its apostrophe. The APS called this ‘just plain wrong’ and ‘grammatically incorrect’. However, sometimes these decisions simply aren’t ours to make, and raging about them in public can give a bad name to the rest of us who work with words. One of the reasons Rob Drummond gives for ‘removing apostrophes altogether’ from our language is to vastly reduce ‘the pedantry arsenal’. But I’m not sure that’s the best reason. As Drummond describes, the pedants will just move on: ‘your average pedant will be forced to make do with old favourites such as split infinitives and insisting on the “correct” meaning of “decimate”.’ Or new favourites, perhaps, such as how people these days use ‘literally’ or ‘like’.

Language will evolve and apostrophes will change. They may even disappear in time. So, will we be seeing Harts, Fowlers and Butchers? Thatll be the day.