This blog post discusses tips and impressions from two CIEP members attending the London Book Fair for the first time. Should you bother with all the seminars? Is it worth handing out business cards? And isn’t it all a bit overwhelming? Let’s hear what Aimee Hill and Andrew Hodges have to say … 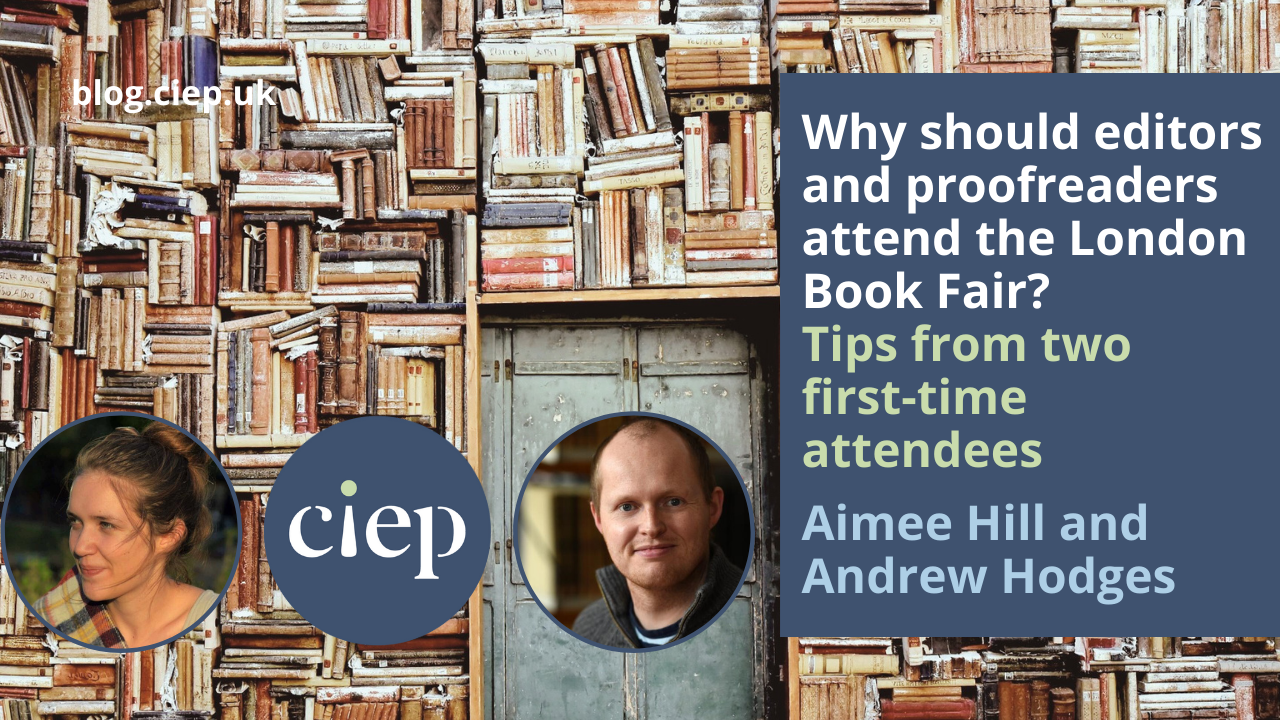 It’s spring in the UK and the London Book Fair in early April was an energising way to start socialising in person again! This year was our first Fair, and we showed up not knowing what to expect. Even knowing how huge the event was, the size of the hall was still astonishing. Here are some tips and advice to help you navigate the event.

Turning up to the London Book Fair with concrete goals is essential. Whether it is worth it depends entirely on what you want to get out of the Fair. And the whole event is so large and bustling that, without goals, it is very easy to wander around aimlessly staring at the rows upon rows of stands.

Find out who is visiting and meet them

Twitter is a great source for finding out who is at the Fair before you go. While I was there, I met up with some other editors I know, including Andrew Hodges, past course mates who had found themselves in the same industry, and in-house publishing people who I’d previously only chatted to on social media. It is a valuable chance to say a quick hello to connections.

Go to seminars that interest you, but don’t overdo it

The seminars throughout the event are invaluable. There are few better ways to get insight into the industry than the talks that LBF put on. If you work with independent/fiction authors, the seminars hosted at Author HQ give insight into the different concerns and interests of your clients. They are also all recorded, so you can catch up on the ones you missed and rewatch the ones you were too tired to pay attention to. Extra tip: if your goal for the Fair is just to go to these seminars, there are digital tickets that give you access to the recordings without having to trek to London.

Be emboldened to socialise

In my opinion, networking is just a fancy word for socialising. While the Fair is primarily a corporate, work-focused event, there is space for getting to know a diverse range of people across the industry. Informally, the queues for coffee are long enough that you are likely able to strike up a conversation with those around you. In a more organised sense, the Wednesday offers opportunity for drinks socials all over the fair. In particular, both the Society of Young Publishers and the Independent Publishing Guild provide space for people to get together. 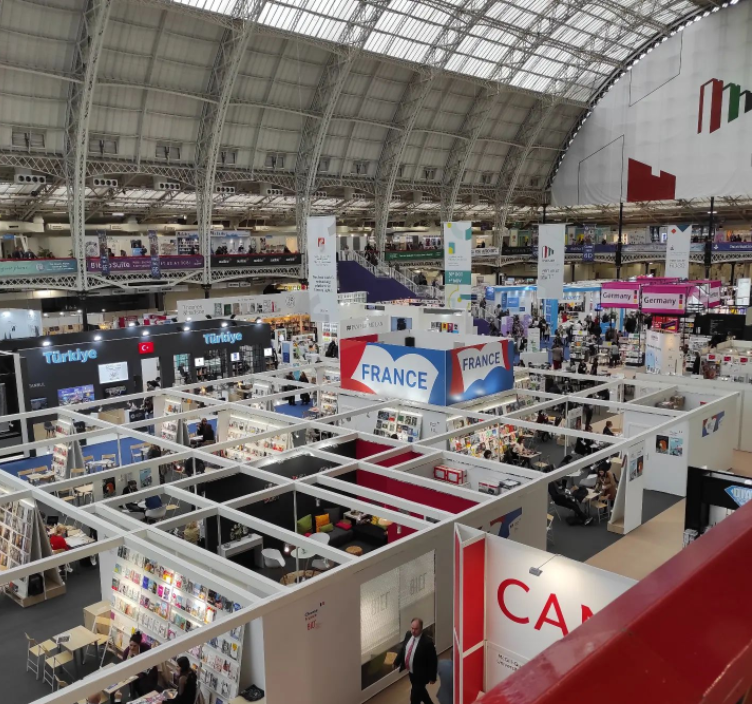 After all that online networking and professional development in a box room under the stairs, it felt amazing to be around people! I spent the first hour walking around grinning, dazed by all the stands and people there to discuss books. Was it smaller than usual? Was Author HQ normally three times the size? I had no idea, and I didn’t care. It felt massive and a bit ‘out of this world’.

When I described it to a friend, she said the book fair sounded like a political party conference: its core had a corporate feel, with people paying lots of money for stands … and with loads of interesting stuff happening around the edges.

There was a traditional publishing crowd brokering deals in a part of the Fair we weren’t allowed to access. I got a small taste of this when I met a representative from a German publisher promoting titles to be considered for translation into English.

If you have a long train journey to get there, two days will probably be enough. Don’t forget to bring water and preferably a packed lunch. Chairs for visitors are in short supply, and as Aimee points out, while you can sit down to watch all the interesting talks, don’t overdo them as you may end up feeling fatigued!

Where should editors hang out?

Well, that depends on your goals. If you want to network with publishers, there are loads of stands to visit. My favourite place was Author HQ, where the indie authors were mostly hanging out. There were great talks on energising the writing process, publishing successes with Amazon KDP, and on making UK publishing less London-centric.

My experience in book translation inspired me to hop over to the literary translation centre too. Broadly speaking, the translators felt closer to academia and activism, while the indie author crowd were more entrepreneurial. Despite their differences, both crowds were bursting with creativity and a love of books!

ALLi’s tenth birthday party was a highlight, where I chatted with several indie authors. I learnt a lot about the relative merits of different publishing services and by the end of the evening we were discussing reversals and character development in short stories.

I was sad the CIEP didn’t have a stall at the Fair this year, but the pandemic is far from over and the decision to wait was sensible. I bumped into Alison Shakspeare and got chatting to Aimee Hill over coffee, and it was good to know there were other CIEP members there.

Is it worth it?

Was the LBF an investment that will bring me a return? In the narrow sense, I have no idea, and that’s not why I went. My reason for attending was to get to know and understand how publishing works a bit better. This wider-picture perspective will inform my future edits and interactions with publishers and indie clients.

And that’s why you should go – at least once.

The Fair has given me a taste for in-person events now, and a new-found energy. Next up is Cymera in June – bring it on! 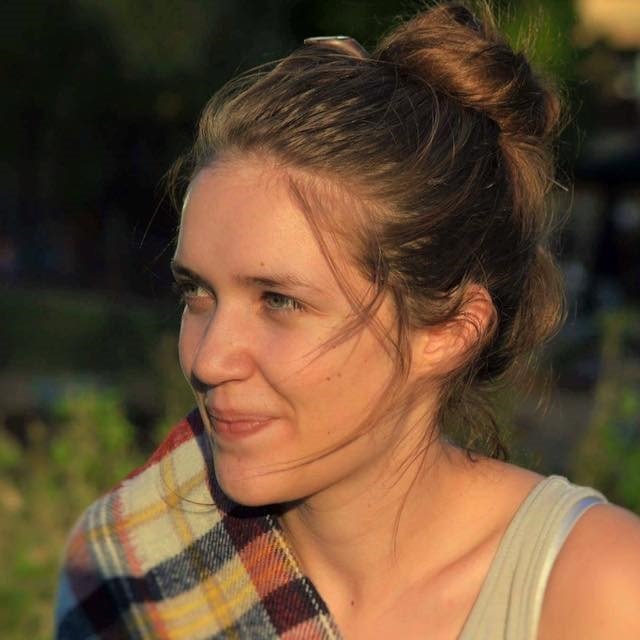 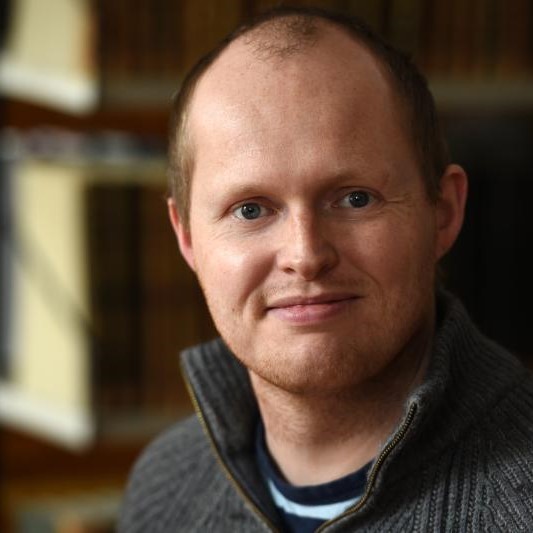 Andrew Hodges runs an editorial business called The Narrative Craft in Edinburgh, UK. He loves line-editing fiction and ethnography and enjoys chatting with science fiction and fantasy authors about worldbuilding and point of view issues whenever he can.