The style sheet is an essential part of any copyeditor’s arsenal. In this post, Rachel Lapidow explains how she expands her style sheets to help her edit complex role-playing games. Though some of the extra sections she adds are designed specifically for RPGs, they could be useful for fiction too. 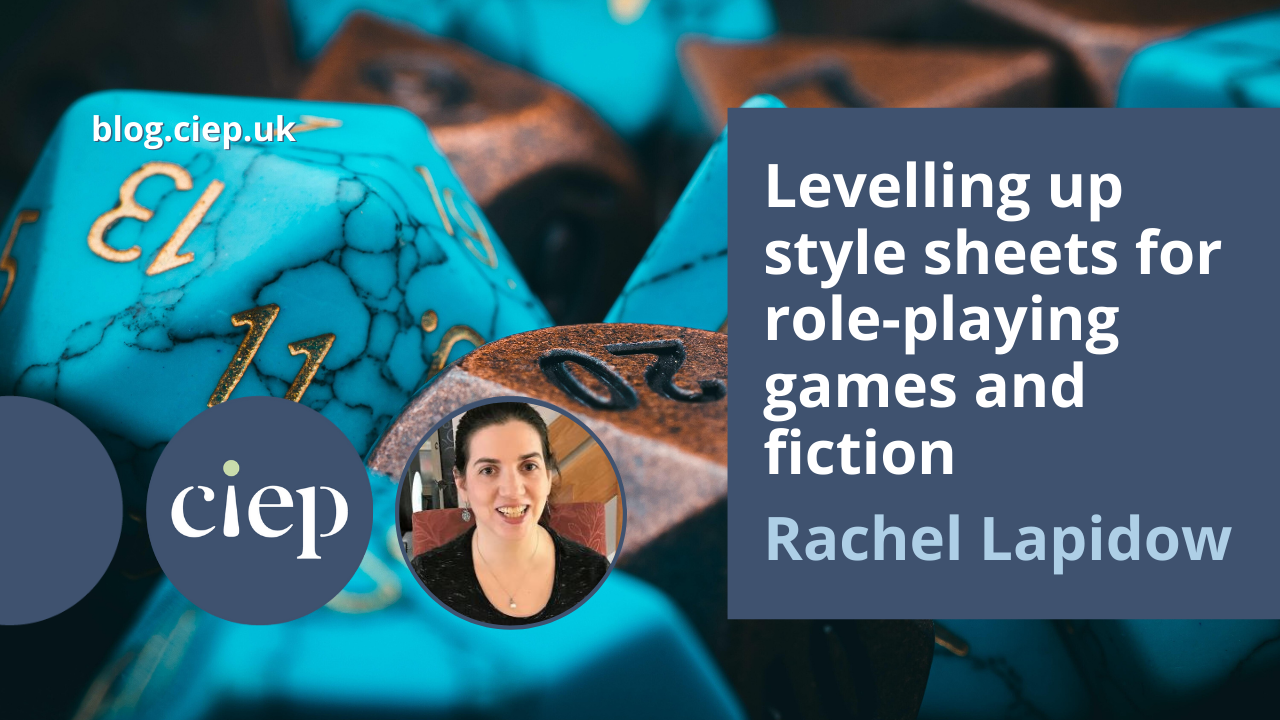 I love creating style sheets for projects; in fact, it is one of my favourite parts of copyediting. This is fortunate because the style sheet for my current project, a 600-page role-playing game (RPG), is over 60 pages long.

When I was first learning how to be a copyeditor, I took a certificate programme online through the University of California, San Diego. One of my instructors gave us a style sheet template, and over the years, I’ve modified and added my own categories to that template.

I’ll be discussing how I set up certain aspects of the style sheets that I use for RPGs in the hopes that you may find some of these sections useful for your own projects, including non-RPG works. Some of these I learned from fellow editors, and some are my own invention.

One of the best tips I can give when dealing with a longer style sheet is to make use of Microsoft Word’s Styles section (I’m assuming that Google Docs and other word processing programs have something similar). When you click on the Home tab in Word, you will see the Styles box to the right-hand side. By using different styles for your headings and subheadings, you will be able to use the Navigation pane. Open the Navigation pane by hitting Ctrl+F and selecting the Headings tab. By using different levels of headings, you will be able to nest subheadings under headings. This will allow you to easily navigate to different sections of the style sheet without having to scroll or search.

One, two, or hyphenated words

I spend a lot of time checking to see if words should be hyphenated, one word or two words. On the advice of another editor, I created a separate section of my style sheets to list those words and phrases. Anything that I need to look up in The Chicago Manual of Style hyphenation table or the dictionary is included. I list the word(s) along with what part of speech it is – adjective, noun, verb, etc. Plenty of words are open in one instance but closed in another (eg ‘take out’ as a verb, ‘takeout’ when referring to a food order).

RPGs, especially militaristic RPGs, tend to have a lot of acronyms in them. Many of these will exist outside the game, like VTOL (vertical take-off and landing), and a number of them will be unique to the game, such as the names of guilds, armed forces, fictional companies, etc. When proofreading the encyclopedia for a video game series, the acronym section included things like HEDP (high-explosive, dual-purpose) and MARFOR (Marine Corps Forces). There were simply too many abbreviations and acronyms to remember. By listing them all in one place, I saved myself a lot of time instead of having to look up each instance.

Vessels, like ships, planes and spacecraft, are often in italics, depending on what style guide you are following. So too are the names of magazines, newspapers, plays and movies, whether or not these works exist only within the RPG. It’s far too easy to miss a name that should be in italics. By listing all italicised words together, I’m less likely to pass over a term that should be in italics. 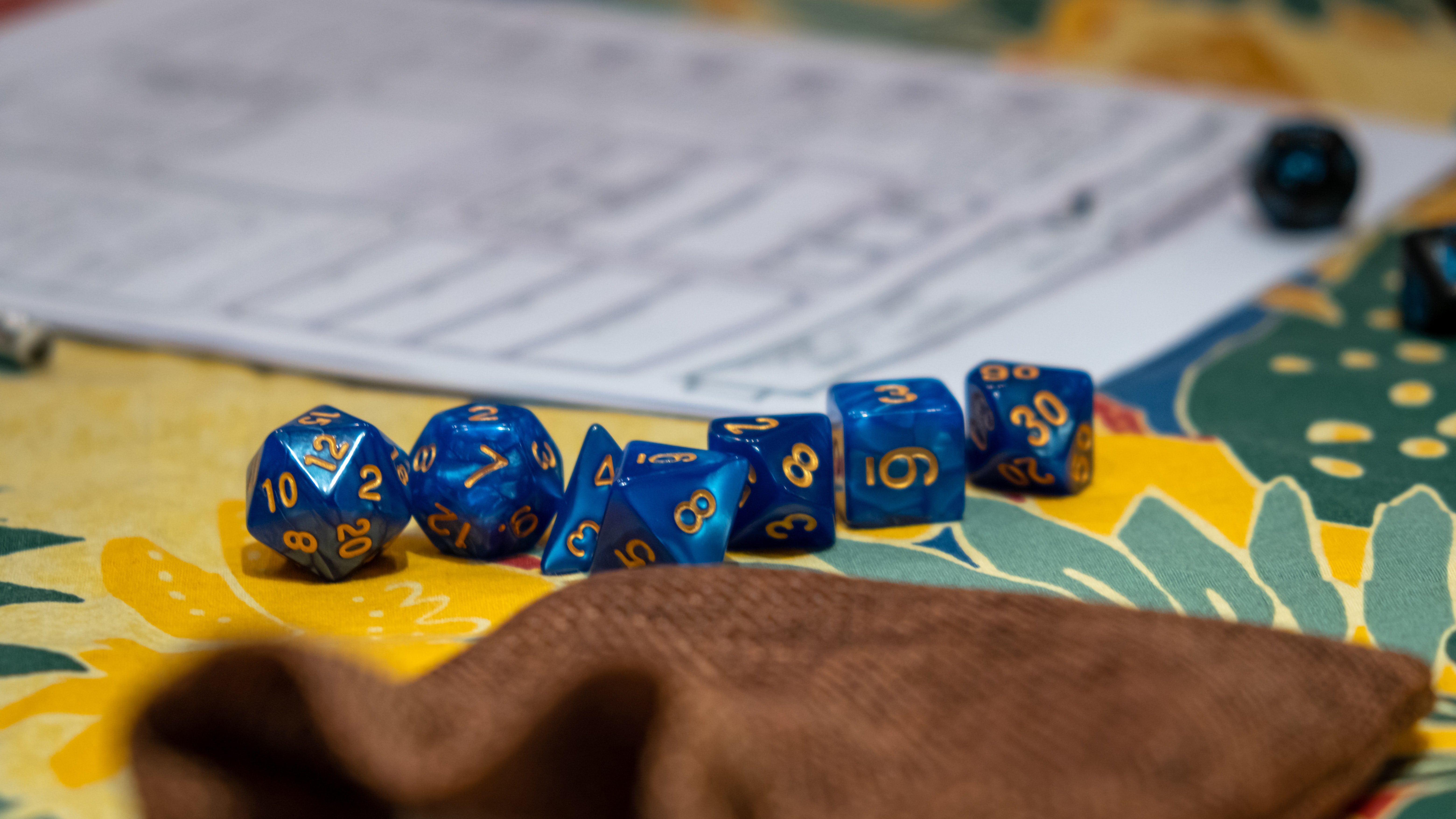 Should game terms, like character attributes, skills, spells and more, be capitalised? Should they be in bold font? Should these terms be in italics or quotation marks? Here’s the place to record that information. For example, in the game I’m currently editing, character attributes (the qualities of a character) like Awareness and Physique are capitalised. In a game like Dungeons & Dragons, spell names, for example cure wounds, are written in lowercase italics. For the current game I’m working on, I have a section that lists all the attributes and skill sets so I know how those terms need to be formatted.

Here’s where to list details about characters, historical figures and divine entities in the RPG. If given, I will note a character’s pronouns, age, physical appearance, location, unique traits and relationship with other characters. An entry may be just a few words for a background character to as much as several paragraphs for a character who drives a lot of the plot. There have been instances where a character has been misgendered or their name has been misspelled. By referring to my character section, I help ensure that characters appear and behave consistently throughout the RPG.

For the game I’m currently working on, there are towns and cities spread across an entire planet, but that planet is just one place inhabited by humans. In the world of the RPG, people live on multiple planets, moons and space stations located within two solar systems – so it’s easy to forget where places are in relation to each other. Because earlier versions of this game have been published, I was able to copy and paste a map of one of the planets into my style sheet. In addition to this map, I have created a list of towns, cities and settlements. I like to add the key features of each town, its population if known, and any nearby geographic features. 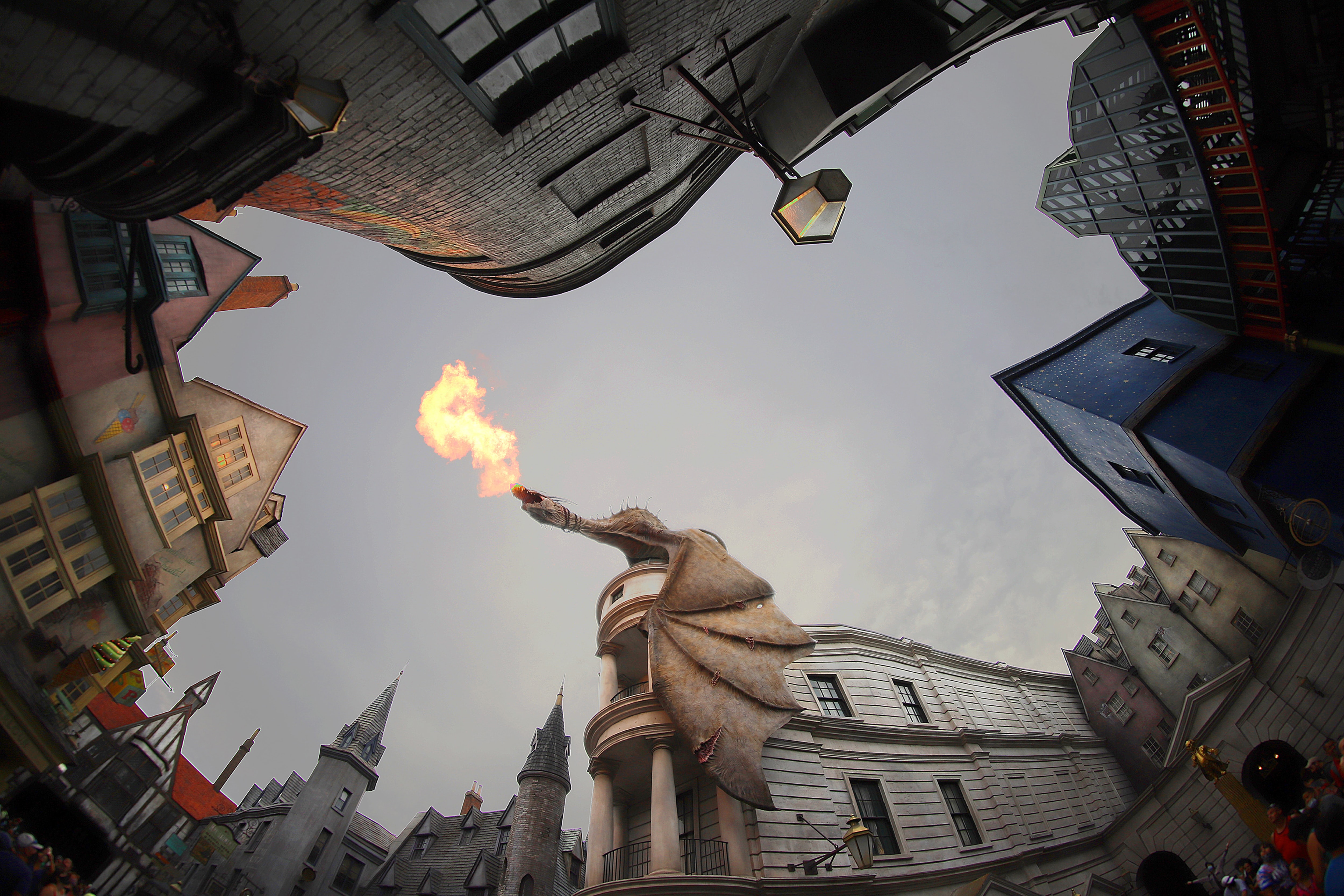 Creating a timeline for my current project was a considerable upfront time investment, but it’s helped me so much to keep track of when major and minor events happened. Because of the game’s sprawling nature, I’ve also colour-coded entries depending on where they occurred. I’ve caught a number of errors in the manuscript because of this timeline, such as events happening in a city that hasn’t yet been discovered or settled. I use Microsoft Word’s highlighting ability to indicate certain planets, moons and continents. When I ran out of colours (there are a lot of locations) I used coloured typefaces. Another option is to enter your timeline into an Excel spreadsheet. This allows you to easily sort by year, place or some other attribute.

And then of course the style sheet includes more standard sections, such as punctuation, spellings, how bullet lists are treated, how numbers are dealt with, etc.

I hope you’ve found this article helpful and that you’ll find one of these sections worth incorporating into your next style sheet. In a full circle moment, one of my instructors from UC San Diego asked me to share one of my RPG style sheets for her to use in her class. It’s a bit surreal to imagine future copyeditors looking at a style sheet I created while they’re learning how to utilise this tool. But it’s also pretty darn cool.

Rachel Lapidow is a freelance copyeditor and proofreader who works on RPGs, board games, comics, manga and fiction. Visit her website at www.rachellapidow.com.