When most people think of plain English, they think of functional, practical non-fiction texts rather than stories. Here, Katherine Kirk looks at how the plain English principles can be applied to works of fiction. 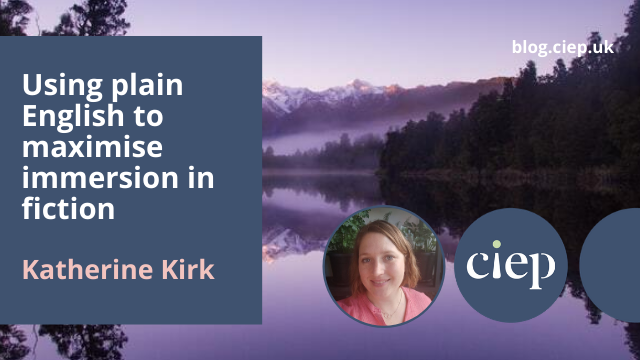 In this article, I’ll explore these questions:

In my former life as an English teacher, I found that many of my students, in an attempt to elevate their English to the highest possible level, were obfuscating their concepts by becoming fixated on implementing linguistic arabesques which were utterly drenched in verbosity at the expense of clarity.

If you’re still reading after that ridiculous sentence, thank you for sticking around. Most readers wouldn’t.

Using loftier words to sound like a ‘better writer’ is more common than you’d think. Students trying to pad their essays will devour a thesaurus whole and vomit the longest words onto the page. Writers for whom English might not be their first language – and some for whom it is – will often turn to the flashiest word and throw it into a sentence it has no right to be in, having missed the connotations and nuances that make a word fit just right.

Writers who hold the literary arts to be the most profound form of human expression (and rightly so!) might feel that they would be doing their book an injustice by writing it the way they speak, and that readers who come across simple sentences and words might feel that their text lacks colour.

As copyeditors, one of our aims is to have the readers’ interests at heart. Hopefully, this article will help you to show your clients that writing in plain English doesn’t mean writing in boring English, and how simplifying their texts makes it easier for readers to fall in love with their story.

Aristotle said, over two millennia ago, ‘The virtue of style is to be clear … and to be neither mean nor above the prestige of the subject, but appropriate.’ He’s talking about using the right language for the job at hand. The fiction writer’s job is to write a story their readers can escape into. Our job is to help them.

What is plain English and why does it matter?

When most people think of plain English, it’s with regard to non-fiction texts, such as warning labels, legal or government documents, or instructional guides. Laura Ripper and Luke Finley wrote an excellent introduction to plain English for the CIEP blog a few years ago.

Most plain English principles tend to be aimed at businesses and organisations that want their users, clients or readers to be able to access the information as easily as possible. But how does that apply to fiction writers?

I think these can apply to fiction too. Let’s dive in! 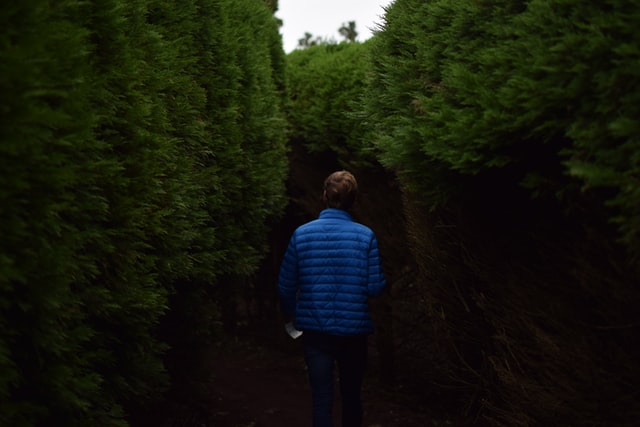 Good writing transmits ideas from the writer’s mind to the reader’s. The reader imagines the world, hears the dialogue, and feels the emotions. That is immersion, and the best way to get the reader into it is by the most direct route possible – using the same language they think in. When this fails, readers write reviews like ‘I felt lost’ or ‘I couldn’t get into it’. Keeping the reader in mind means making the writing accessible to them.

To successfully transmit that message, it needs to be clear. In fiction, the message is multifaceted: the writer is trying to convey who the characters are, what the story is, and why it matters. If the complexity of their language is getting in the way of any of those things, then readers will feel lost. They might lose interest in the story, too. Writers must beware of tangling up the meaning and concealing it behind words readers need to look up, and sentences they’ll need to read three times to decode. They should also be careful of having a storyline so convoluted that the reader needs a wiki to keep track. If the message is clear and accessible, the reader will have a better experience (and come back for more).

The right level of detail

Sometimes in the effort to convey that image clearly to the reader, a writer might veer too far in the opposite direction by being overly specific and spelling out every little detail. Encourage your clients to give your readers the benefit of the doubt and to trust them to fill in the spaces between the words; removing the fluff will make that easier.

Plain English is about more than just sentence-level clarity. If the story jumps from flashback to flashback, wanders aimlessly through nested dreams, explodes into en dash confetti and then suddenly switches to a second-person account written entirely in italics, the reader will absolutely get confused. Some books manage a labyrinthine structure. In Danielewski’s House of Leaves, the labyrinth is the point. For genre fiction, though, the ease with which your reader can navigate the story directly correlates with their ability to be immersed in it.

We can’t all be James Joyce or Samuel Beckett; sometimes the best stories are the ones that readers can actually follow. Leading readers on a journey through the story is what good writing is all about. You don’t want to lure them into the woods only to run off, leaving them to either struggle to catch up or get lost entirely. Writers should be walking just ahead, beckoning the reader around the next corner.

Literary fiction can be a tricky genre to get right because many writers think it means you have to be innovative with punctuation, structure and formatting. Experimentation is fine, if it’s done well – but for immersion’s sake, for writing that disappears behind the story, it’s better to give readers what they expect by following established conventions.

A light but professional tone

Readers may feel intimidated by overly formal text, or text that is dense and inaccessible to them. They might respect the writer, but they probably won’t have as much fun reading the story as they would if it were easier for them to understand. Throwing themselves entirely into the writer’s world takes a certain kind of vulnerability, and if readers feel shut out by language they can’t understand, then they’re not going to do that. Using the right language helps readers to trust the writer and to be willing to open themselves up to having their hearts absolutely destroyed by the story. If the writer is too caught up in trying to sound smarter, then they lose the readers’ trust.

The key thing is readability. The most beautiful sentence in the world might be a multilayered, poetic work of art, but if it requires a doctorate to unpick and understand, then the writer is excluding the majority of their readership – and for what? To show off their thesaurus?

Now, this is where many people who like to give advice to writers tend to overgeneralise and lead writers astray. It’s also where robotic grammar checkers tend to overcorrect at the expense of clarity, flow and readability. Active voice is about making it clear who is doing what, but passive voice isn’t wrong. In the famous opening line of Jane Austen’s Pride and Prejudice, Jane Austen isn’t wrong to use the passive voice; she’s making a point, and a sarcastic one at that, setting up the entire premise of the novel.

The passive voice can and should be used with intention. Above all, aim for clarity. 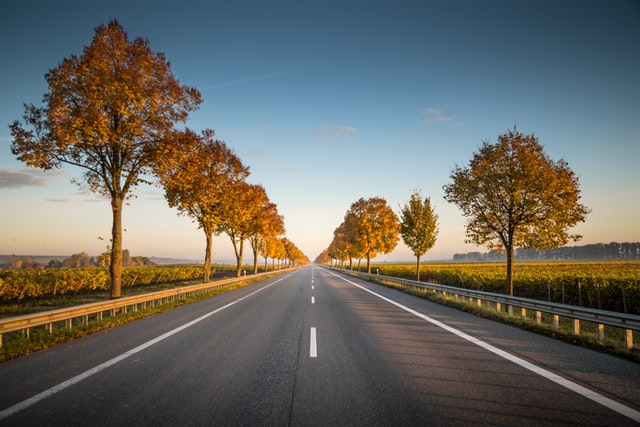 Another bit of writerly advice that well-meaning but often misinformed people give is to cut specific words or sentence structures. It’s silly to make blanket rules when language is infinitely variable. What writers (and editors) can do is try to be as efficient as possible, such as choosing a strong adjective over two weak ones.

Simplicity doesn’t always mean fewer words. Sometimes it means using a few simpler words to convey a complex idea. Having an efficient style means getting the idea from your mind into your reader’s mind without a detour into the dictionary.

The purpose of grammar and punctuation is to eliminate ambiguity and enhance clarity. A logically and grammatically consistent text ensures the reader understands the story the way the writer intended them to. If the writer is trying to force the grammar into doing something it’s not meant to, they’re more likely to make a mistake. They may find themselves tangled up in semicolons and en dashes, and the reader will be just as muddled. That said, fiction is far more forgiving of its rules being bent. Being able to strike a balance between accuracy and a comfortable narrative voice is one of the key skills a fiction copyeditor needs to develop.

What is being tested? It might be the theme or hypothesis behind the story (the ‘what if?’), or it might be the conflict between the characters, or the plausibility of the made-up science. Testing the characters by putting them under pressure is what fuels character development. Show, don’t tell means that fiction writers need to give their readers the evidence of that development by letting them see it unfold.

Reading levels in the UK and US

Putting all these principles together can help editors to make sure their clients’ writing is at an appropriate level for their target readers. According to the Center for Plain Language, the majority of American readers are reading at 8th grade level (12 to 14 years old), and the National Literary Trust reports that many adults in the UK have poor literary skills. So, having the novel in a register that requires a tertiary education to understand means the writer is probably not going to sell many books.

Some writers may balk at the idea of simplifying their language, thinking that to do so would be to rob the text of any sense of artistry. Editors may worry that they’ll be stripping away the writer’s voice. Be careful to maintain the balance; suggest rather than dictate, and let the writer make the call.

Achieving clarity takes a certain kind of artistry. Do it with the readers in mind and they’ll keep coming back for more.

Wrapping up: plain English in fiction

The elements of plain English writing can apply as much to fiction as to non-fiction texts. Writers and editors can aim for:

How do you apply plain English principles in your writing or editing? Drop us a line in the comments below.

The CIEP has some helpful resources to help you work with plain English. 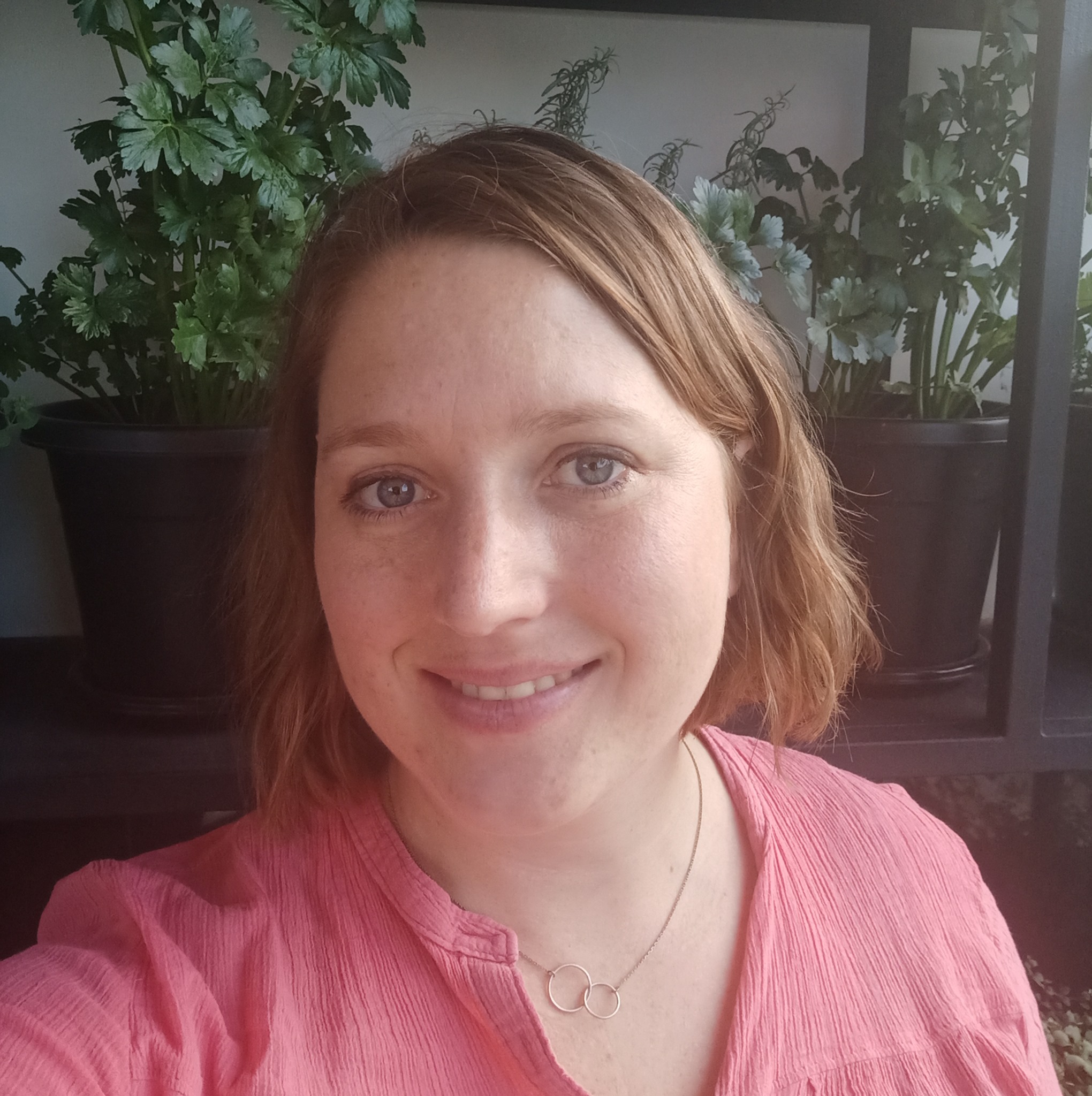 Katherine Kirk is a fiction editor who has to force herself to simplify the English in her own writing.

Rumoured to have eaten a dictionary as a child, she suffers from abibliophobia (the fear of running out of books to read). She speaks four and a half Englishes and can often be found muttering to herself about the New York Times Bee’s prejudice against most of them.