This year’s CIEP conference was held online, from 12 to 14 September. Attendees from all over the world logged on to learn and socialise with their fellow editors and proofreaders, and a number of delegates kindly volunteered to write up the sessions for us. It was Dayita Nereyeth’s first conference, and she didn’t know quite what to expect. 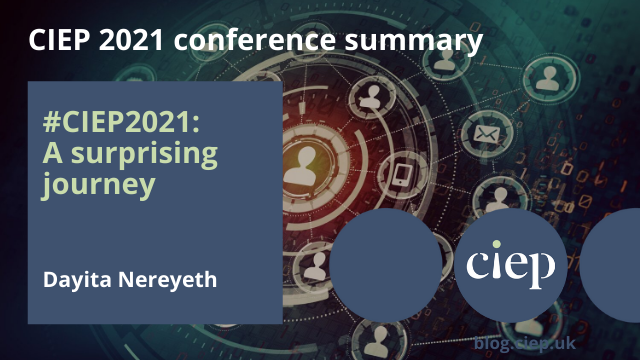 I’ll be honest. When I signed up for the CIEP conference I hardly knew what to expect. Before this, I had never attended a conference for editorial professionals. I was interested in some of the talks, but at face value, it was another commitment, another series of hours in front of a screen, another bunch of Zoom calls, another three points for my CIEP upgrade, another …

On hearing CIEP chair Hugh Jackson’s opening remarks, something in me shifted. He spoke about the community’s resilience and welcomed us home. I then let go of my initial hesitations and opened myself up to an experience unlike any other. In a place I never would have imagined – a symposium of editors – I found connection, balance, power, joy, and hope.

At the networking events, I was probably the youngest person in every breakout room – I gathered this from anecdotes about careers that had begun before I was born. I had much to absorb. In most cases, I chose to listen. While spectating was useful, I also discovered that a good way to break the ice was to ask a question.

Still, networking is never easy. And the Zoom format had its own challenges – the added constraint of the screen and the awkward dance of unmuting and beginning to speak only to hear someone do the same, followed by sheepish apologies and an uncomfortable pause before the conversation could continue.

Any awkwardness from Zoom networking dissipated on Twitter. Tweeting up a storm via #CIEP2021 was a fun way for delegates and speakers to connect. As I listened to talks, I tweeted what I resonated with, quite aware of my editor-proofreader audience.

A theme that emerged in many sessions and my personal approach to the conference was to find balance: in considerations of right and wrong, in prioritising the author’s voice, and in life.

‘Isn’t language amazing? Even when it’s wrong, it’s kind of right.’ With this, Ian McMillan summarised what it means to work in this profession. When we impose preference or style, we risk losing an author’s intention and charm. But precision in language is everything, so we traverse a middle way between the rights and the wrongs. In the same vein, Erin Brenner reminded us that there is no single correct way to teach editors.

Sophie Playle’s approach to fiction editing was eye-opening and applicable to any genre. One message stood out: what you edit is not yours. This is fundamental because it helps to weed out ego and personal preference from the editing process. Like Ian and Erin, Sophie invited us to find a working method rather than giving us a singular recipe.

Similarly, on marketing, Malini Devadas emphasised taking small steps, sitting with discomfort to understand it, and redirecting negative energy towards productivity. She also urged us to find a work–life balance, which I’ve been interested in for a while now.

I got creative with discovering this balance during the jam-packed conference. To be kind to myself (my eyes, in particular), I looked away from the screen during talks and took the opportunity to colour. I also attended some off-camera sessions horizontal, from bed. Still, I slowly yielded to Zoom fatigue. I didn’t follow speakers or other delegates into ‘Wonderland’ after presentations; I took breaks to recharge. No doubt, it was easy to make these choices because I knew that all the sessions were being recorded. I had to live with missing the more ephemeral interactions. 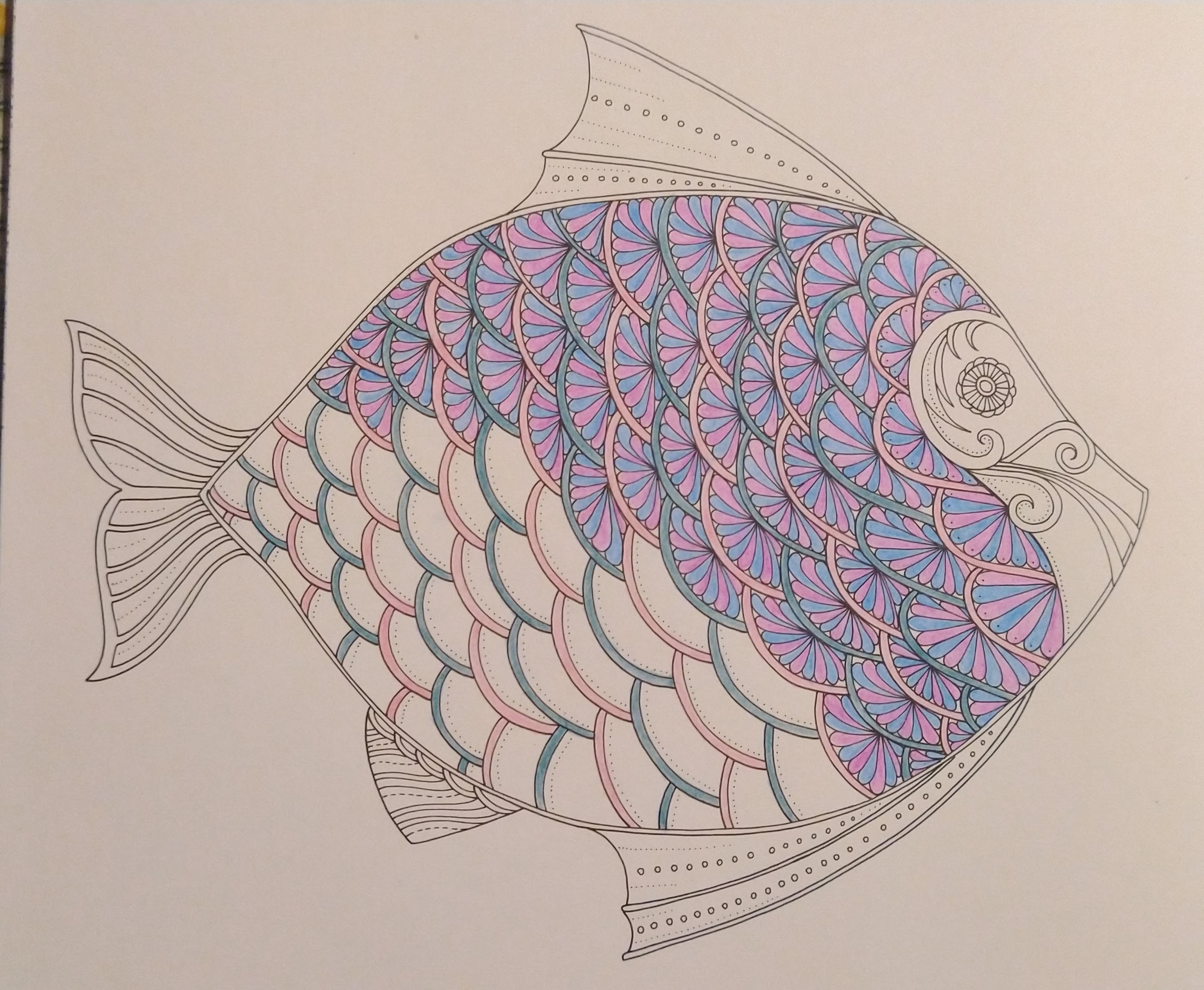 Several sessions emphasised the power that English speakers have. And as editors, we are responsible for shaping not just the what but also the how, of words. From making language accessible using Cathy Basterfield’s Easy English to incorporating Crystal Shelley’s invaluable insights on conscious and inclusive writing, we can effect change in many ways.

It’s easy to take literacy for granted. Before listening to Cathy’s talk, I hardly considered the amount I read every day; even a grocery bill or signpost can seem like a reading test to someone with low literacy. Importantly, as editors, we are gatekeepers, working on prevention rather than cure. ‘If we’re waiting to follow, we’re never going to catch up,’ Crystal told us. This is crucial. We are change-makers – we can discourage harmful trends (‘died by suicide’ instead of ‘committed suicide’) and encourage inclusive writing (using the singular ‘they’ to embrace all genders).

In addition to educational and profound moments during the conference, there was lots of good fun.

A highlight was the quiz, orchestrated by Beth Hamer. Despite knowing the answers to only four of the 60 questions, I ended up on the winning team (my teammates can take all the credit). I had heard great things about the quiz so even though I’m not a night owl, I stayed awake until about 3am to play (I definitely spent the last couple of rounds asleep with my eyes open).

The lightning talks were fun, bite-sized presentations, a refreshing change from the longer ones. It was incredible how much information the speakers packed into five minutes. Each one’s interests and personality echoed Ian McMillan’s words about the joy and excitement in language.

Finally, I would be remiss if I didn’t mention how happy Jill French’s play-by-play presentation of Word Styles in action made me. I’ve only recently begun to automate certain aspects of editing, so it was extremely satisfying to witness her logical process and put it to immediate use.

Listening to Benjamin Dreyer in conversation with Denise Cowle was an excellent way to wrap up the conference. On revealing that Penguin Random House has no house style, so each manuscript is dealt with on its own terms, Benjamin touched on these themes of connection, balance, power, and joy in editing. He encouraged editors to listen to authors rather than going in with expectations (exactly how I should have approached this conference). As other speakers did, he also reminded me about the people behind the words. It’s easy to forget about the humans when all we see are tracked changes, comments, emails, and tweets.

At the end, Hugh gave a moving speech that took us back to the CIEP of the past and offered hope for its future. Before I knew it, the conference had flown by. I stayed on Twitter for a while longer, unwilling to leave this space that I was initially reluctant to enter.

The links to recordings of the conference sessions arrived the following day, as promised, releasing me from my conference withdrawal. I now have the chance to revisit talks and dig into those I couldn’t attend live.

For now, I’ve gone (relatively) quiet on Twitter, and my engagement with editors I’m not directly working with is dormant. But my participation in this vibrant community will continue. I initially thought this conference would be a ‘one and done’ affair. But after attending, networking, tweeting, learning, listening and sharing, this time around, I think I’ll return. If only to listen to one of Hugh’s calming speeches, colour another sea creature, give a lightning talk, or win next year’s quiz (so long as Beth includes a ‘musicals’ section). 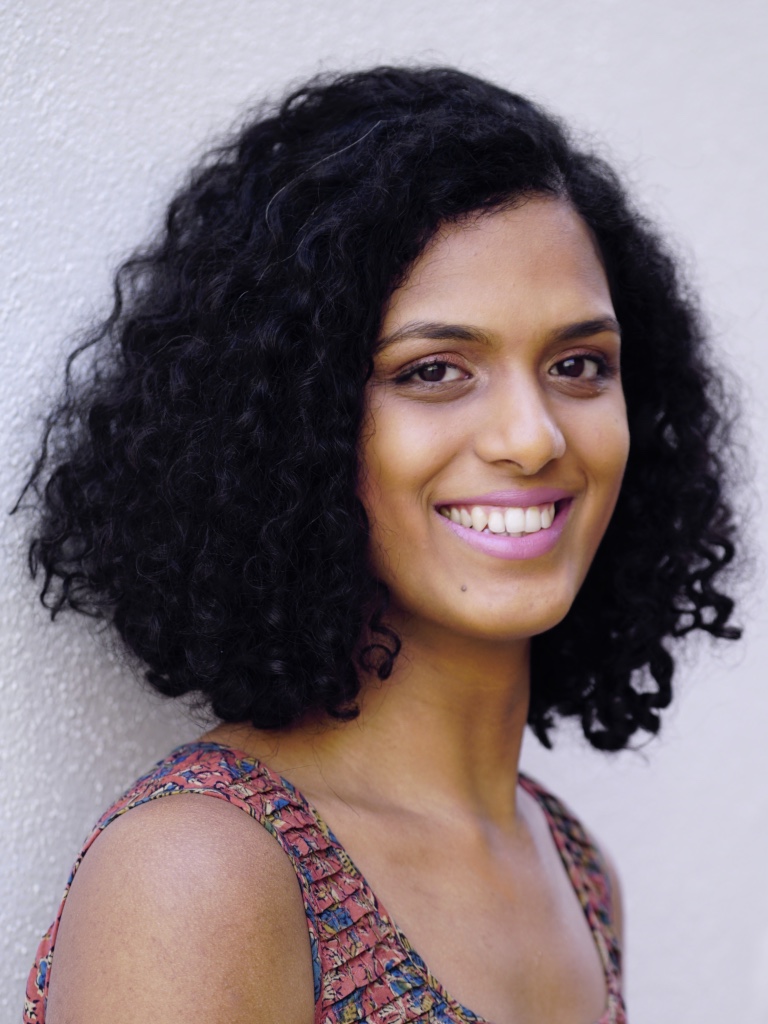 Dayita Nereyeth is an editor, a dancer, and an Alexander Technique teacher trainee based in Bangalore, India. She is a senior editor at The Clean Copy, where she has worked since 2017. Dayita primarily edits academic manuscripts in the arts, humanities, and social sciences.

4 thoughts on “The 2021 CIEP conference: A surprising journey”