It’s flexible, helpful and often loaded with meaning. Cathy Tingle explores the magic in the simple word ‘that’. 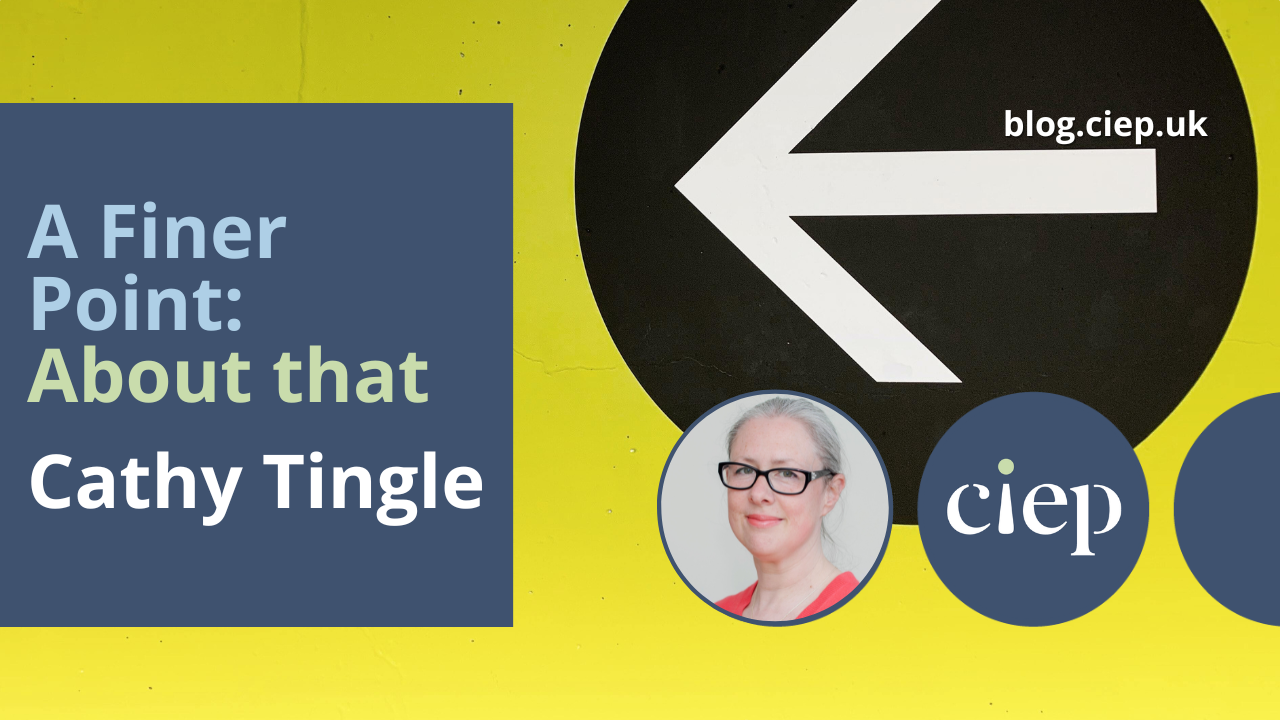 I love that; that is, I love the word that is ‘that’. Why’s that? Context and clarity. And Kate Bush.

‘That’ can be magical in its use of context

‘That’ is ‘a multifaceted word’ according to Fowler’s Dictionary of Modern English Usage, which lists it as a demonstrative pronoun, a demonstrative adjective, a demonstrative adverb, a conjunction and a relative pronoun. Five functions, none of which we are likely to consciously assign to the word as we use it unless we are linguists; we will just know, from context, what this ‘that’ is for. Now that’s magic.

‘That’ also often needs a context wider than the sentence in which it appears, which can make it indispensable in communication and creativity. In terms of communication, we’ve all felt the power after a long introduction of a conclusive ‘That’s why …’ that brings together all that has gone before. That’s probably why we hear it a lot from politicians.

One of the facets of ‘that’ described in Fowler’s is that ‘the simple demonstrative adjective that is distinguished from the definite article the in that it points out something as distinct from merely singling out something’. So in terms of pointing out something to a greater and greater extent, we might go, say, from ‘hills’ to ‘a hill’ to ‘the hill’ to ‘that hill’, the sort that Kate Bush describes running up, in a song that has now become part of the soundtrack of not one but two generations, decades apart. The poet Philip Larkin, in ‘Home is so sad’ (The Whitsun Weddings, 1964), ends a description of a mournful-looking room with a pointed two-word sentence: ‘That vase.’

‘Running up a hill’, ‘Running up the hill’, ‘A vase’ and ‘The vase’ simply don’t create the same effect. In each of these works, ‘that’ is loaded with a meaning that the narrator entirely understands and that we get a revelatory glimpse of, simply by seeing its significance to them.

‘That’ directs the reader

The inclusion of ‘that’ is often necessary to make meaning clear. As Lynne Murphy described in her 2022 CIEP Conference session ‘Are editors changing the English language?’, as language gets densified we lose the small, common words. ‘The’ and ‘of’ have been major casualties. However, the 1959 publication and wide dissemination of Strunk and White’s The Elements of Style, cited by Murphy as a key event in the decline of ‘the’ and ‘of’, is also identified in excellent articles by Stan Carey and Carol Saller as a factor in the incorrect deletion of ‘that’ by people who edit text. Specifically, by trying to ‘omit needless words’, as Strunk and White advised we should, we sometimes mistakenly identify ‘that’ as one of them.

How do we know whether ‘that’ is needless? As Stan Carey describes, we do it by assessing whether we’re being led up a garden path if it’s not there. Have we misunderstood the meaning on the first reading of a sentence and had to retrace our steps? Carol Saller points out that this is more likely with certain constructions: ‘Retain [“that”] after verbs like “believe,” “declare,” and “see”’. All right: let’s see what happens if we don’t.

I believe elves who claim to make footwear throughout the night are imaginary.

They declared an interest in ponies at the age of eight was common.

She could see a unicorn-riding, fire-eating headteacher existed in the minds of the children.

Welcome back after all those garden-path trips prompted by the omission of ‘that’ after ‘believe’, ‘declared’ and ‘see’. If you avoided these misunderstandings, well done! But a busy, perhaps preoccupied, reader might not. Saller quotes the AP Stylebook on ‘that’: ‘Omission can hurt. Inclusion never does.’ Carey quotes John E. McIntyre’s Bad Advice: ‘When that is there and does no harm, take your hands off the keyboard.’

That, that and that

‘That’ isn’t all creativity and clarification, however. It can be a source of puzzlement to authors, editors and proofreaders. Here’s some quick guidance on that/which, that/who and ‘that is’.

For a comprehensive and entertaining look at this common problem, head to Riffat Yusuf’s ‘That which we call a relative clause’. For basic principles, read on. 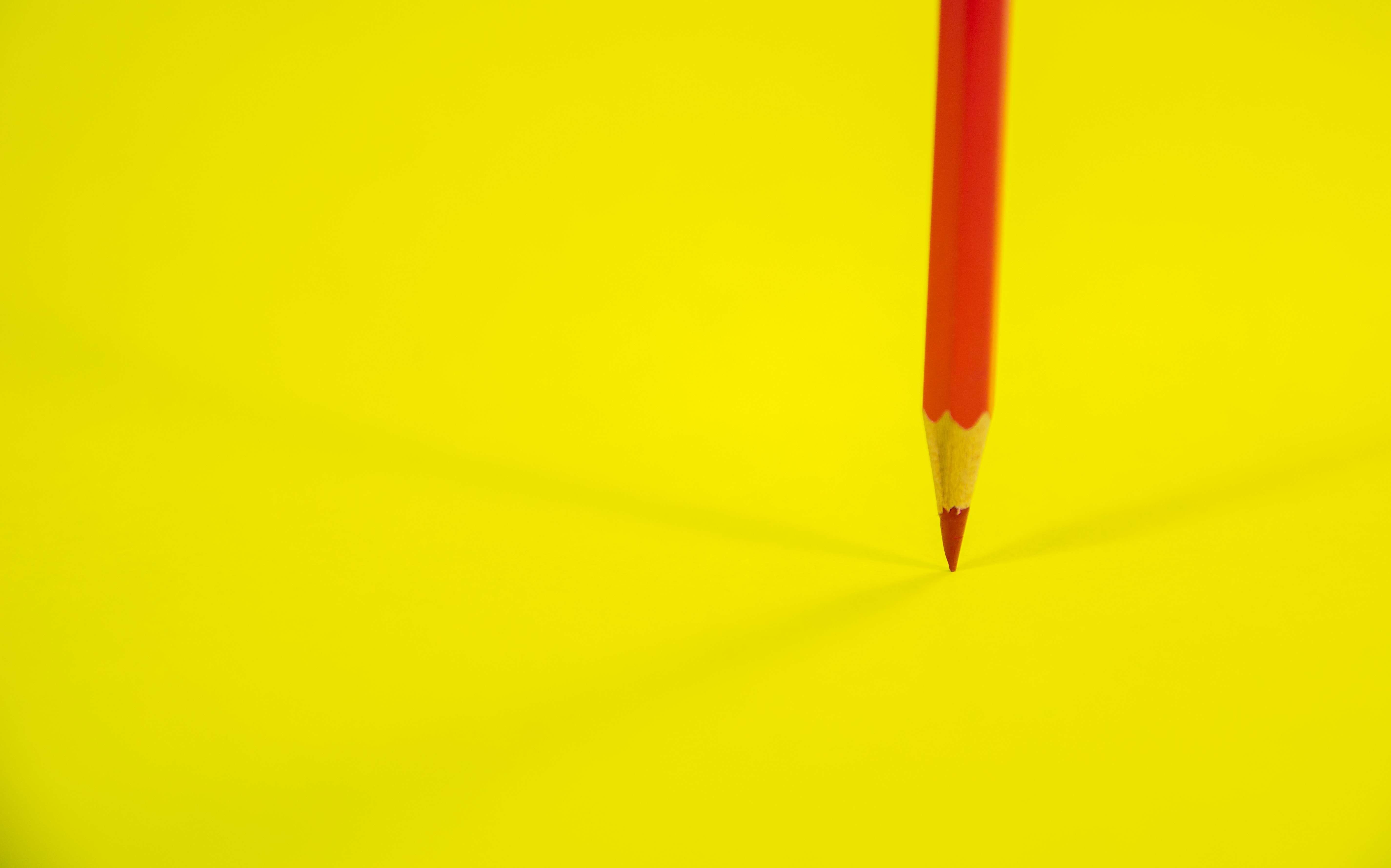 In the UK in particular, we sometimes use constructions like ‘the pencil which is red is mine’. ‘Which’ here is used in the same way as ‘that’ – ‘for critical information’ (Ellen Jovin, Rebel with a Clause, p294). Whether ‘that’ or ‘which’ is used isn’t as important as whether we include a comma before it. As Butcher’s Copy-editing says: ‘The punctuation distinction is the crucial one’ (p164). So we could write any of the following:

The pencil, which is red, is mine (there’s one pencil. It’s mine. It happens to be red)

‘The pencil, that is red, is mine’ is not something we could write, because ‘that’ can’t herald the sort of optional information that we convey by including pairing, or parenthetical, commas.

‘A person can be a “that”.’ (Dreyer’s English, p18) ‘That refers to a human, animal, or thing, and it can be used in the first, second, or third person.’ (Chicago Manual of Style, 17th edition, 5.56) So it’s possible to use ‘that’ for a person (‘the designer that did great things with my text’), although ‘who’ is often the first choice of people who work with words.

‘That is’ is a construction we often see, alongside equivalents like ‘namely’, in general non-fiction or academic text, and it’s a tricky one to punctuate. Some authors place a comma before it and nothing afterwards, or put it in parenthetical commas. What should we do? Chicago gives good advice: to precede it with a dash or semicolon and follow it with a comma (CMOS, section 6.51). I’ve given an example in the introduction to this article, so go and have a look at that.

Yusuf, R (2021). That which we call a relative clause. CIEP blog. blog.ciep.uk/relative-clause/

Photo credits: Arrow by Ralph Hutter, pencil by GR Stocks, both on Unsplash.

2 thoughts on “A Finer Point: About that”