Are you considering taking on an editing project in Google Docs? Hetty Marx describes her experience of development editing in Google Docs and explains why, despite her initial doubts, it has opened up welcome opportunities. 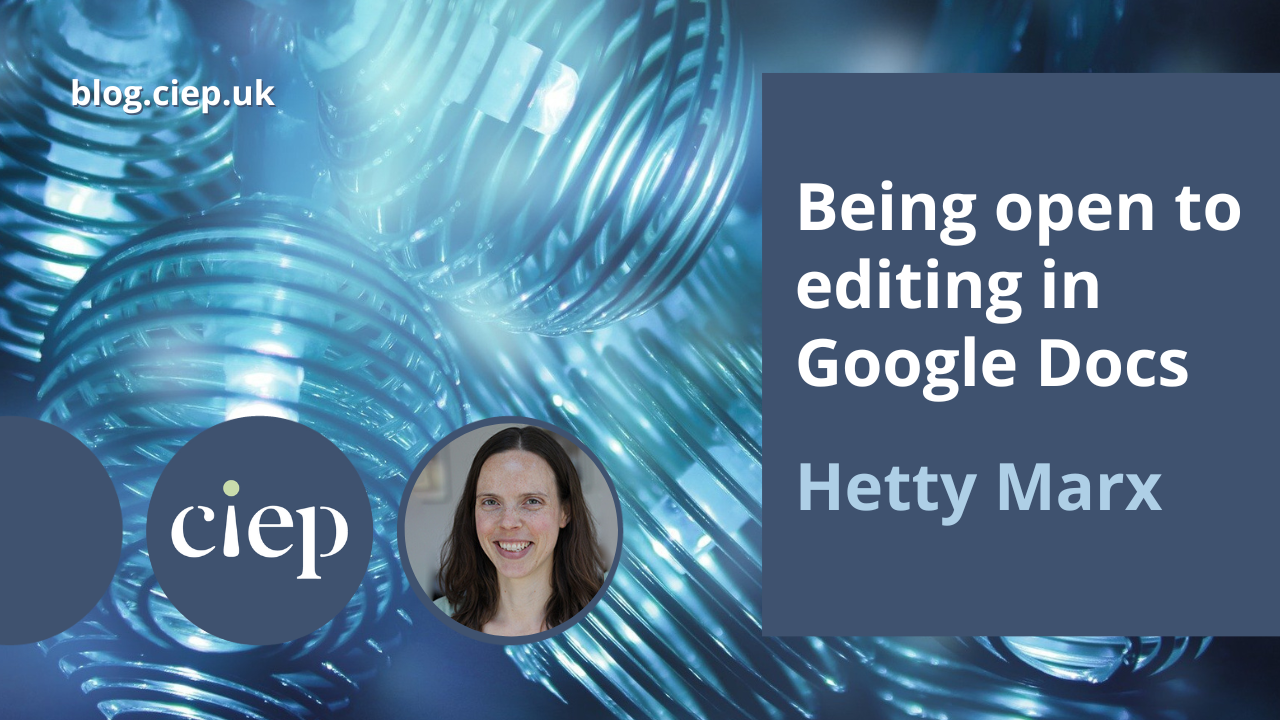 Agreeing to edit in Google Docs

The first time I was offered a project that involved editing in Google Docs, my gut reaction was a clear ‘no’. I’d had a very busy few months, with a long and complex project, plus I’d been home-schooling my children through the first Covid lockdown. The idea of having to learn how to edit in a different program (one I’d not heard good things about) seemed too much.

But I was really intrigued by the project and was keen on the idea of working with this new client. I wondered if it would seem manageable once I was under less time pressure. The client agreed a later deadline, and a few weeks later I got started.

And … it really wasn’t that bad. Google Docs feels familiar to someone used to working in Word, so it was possible to get started editing and pick things up as I went along. There were some irritations but overall it wasn’t as dreadful as I’d feared. And the client and project were even better than I’d hoped. I continued working with them and edited around another 25 documents in Google Docs over the following two years. I’m now a third of the way through editing a 20-chapter, 400,000+-word textbook for the same client, again in Google Docs.

I still prefer editing in Word, but being open to editing in Google Docs has given me the opportunity to work with some wonderful authors and edit what have turned out to be some of my favourite projects to work on.

In this blog post, I’ll cover a few of the techniques that have helped me adapt to editing in Google Docs. Note that as I am a development editor, my edits involve a heavy use of comments, plus amending sentences using tracked changes/suggesting mode; copyeditors may face different challenges when editing in Google Docs.

1. Use Word alongside Google Docs

Consider using Word alongside Google Docs during your edit, to make use of the various features and functionality that are not available in Google Docs. I download the file as a Word document and keep it open on my second screen.

I find this invaluable for things like ‘Find’ (there are more extensive searching options), using macros (for analysing or finding things, rather than making changes), viewing changes and comments (I think some of the options in Word provide a clearer view) and checking word counts of a particular section.

2. Agree a workflow with authors

The biggest worry about editing in Google Docs for many editors is that the author can make changes while you are editing. There are solutions within Google Docs for this, like restricting others from editing the file during your edit (using the ‘Sharing’ options) but an upfront discussion about the workflow may be more appropriate.

Agree with the authors which of you will be working on the document at each point and make sure there are clear handovers. With Word, this is clear-cut as you need to send the file to the next person; in Google Docs you could tag someone in the document or email them so they know the file is ready.

Be open to a different workflow. Could the author finish the conclusion or work on a standalone aspect (like exercises) while you start editing the chapter? I’ve found this doesn’t cause any issues and it’s helped to keep to the schedule. But I also agree that other revisions during my edit would make the editing process significantly more complicated and less effective, so clear communication about what will work – and what won’t – is important. 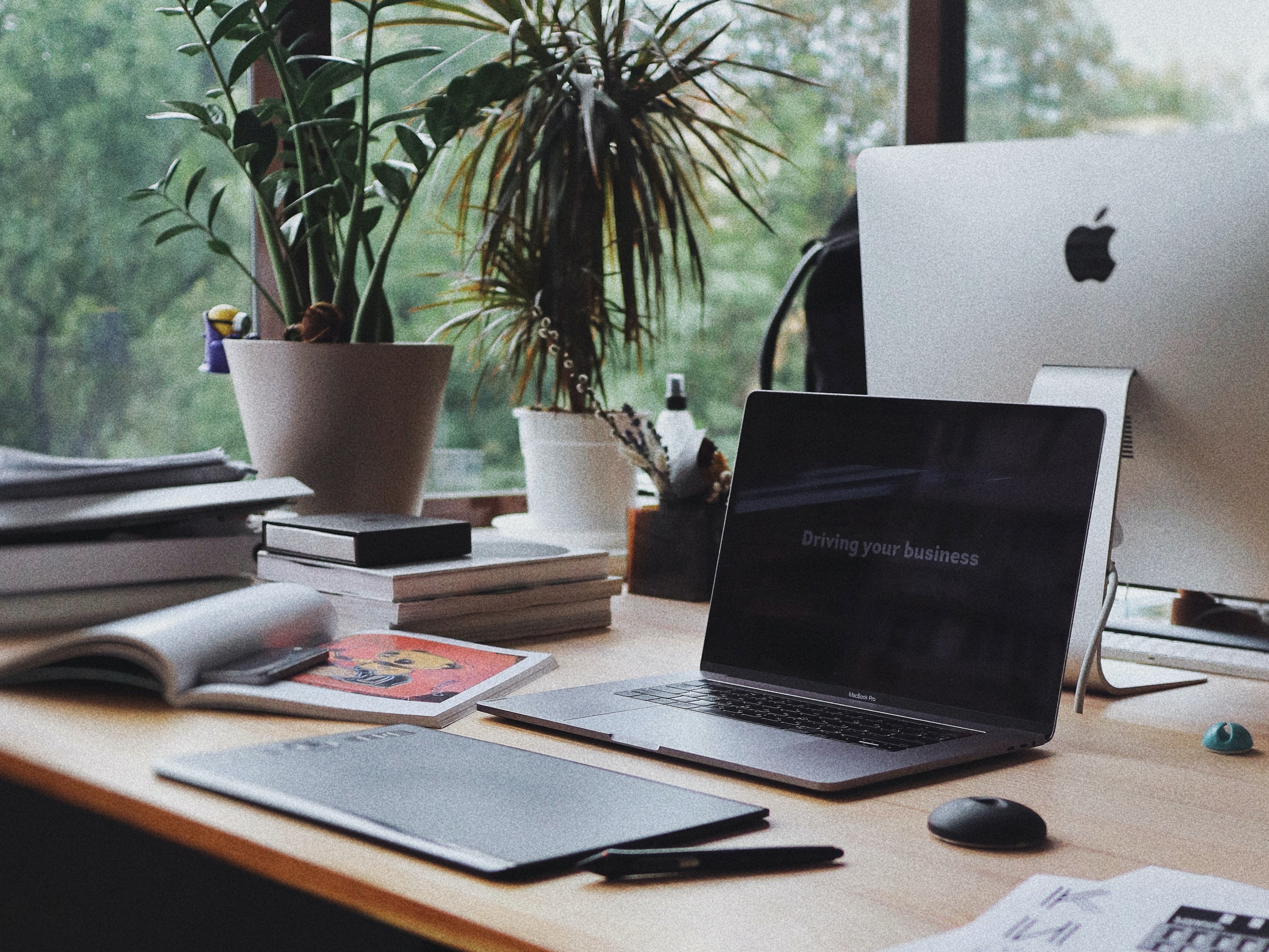 3. Understand who can see your comments and edits and when

Some editors don’t like the feeling of having their editing watched in real time. While that doesn’t worry me, I do miss the chance for a final check-through of my comments before sending them to the author.

There are a few things to remember when commenting in Google Docs:

In Google Docs, I only post comments that are ready for the authors to see. This means I need to spend a little longer during the edit to make sure my comments are clearly phrased and free of typos (a process I’d usually do at the end of an edit). But I still recommend that the authors wait until I’ve completed my edit before reading the comments, as I will sometimes amend or delete comments based on what I read later in the chapter.

I find editing in Google Docs takes longer than editing in Word. I don’t have all my usual shortcuts, I spend time flipping between the Google Doc and Word document, some of the navigation is more clunky, etc. It doesn’t necessarily add a lot of time, but it certainly adds some (and it may be more for a copyeditor who uses more macros or programs like PerfectIt).

Wrapping up: Why I’m open to editing in Google Docs

I would still choose Word over Google Docs for development editing. But I’m glad I took on that first project. Being open to editing in Google Docs has led to two years of a steady stream of interesting work from a delightful client. 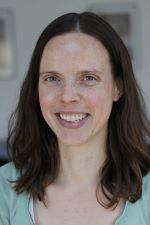 Hetty Marx is a textbook development editor. She has nearly 20 years of publishing experience, including in-house as a commissioning editor at Cambridge University Press and as a development editor at Pearson. She is an Advanced Professional Member of the CIEP and author of the forthcoming CIEP guide Editing Textbooks.

Photo credits: Lights by Enrique from Pixabay; desk by Olena Sergienko on Unsplash.